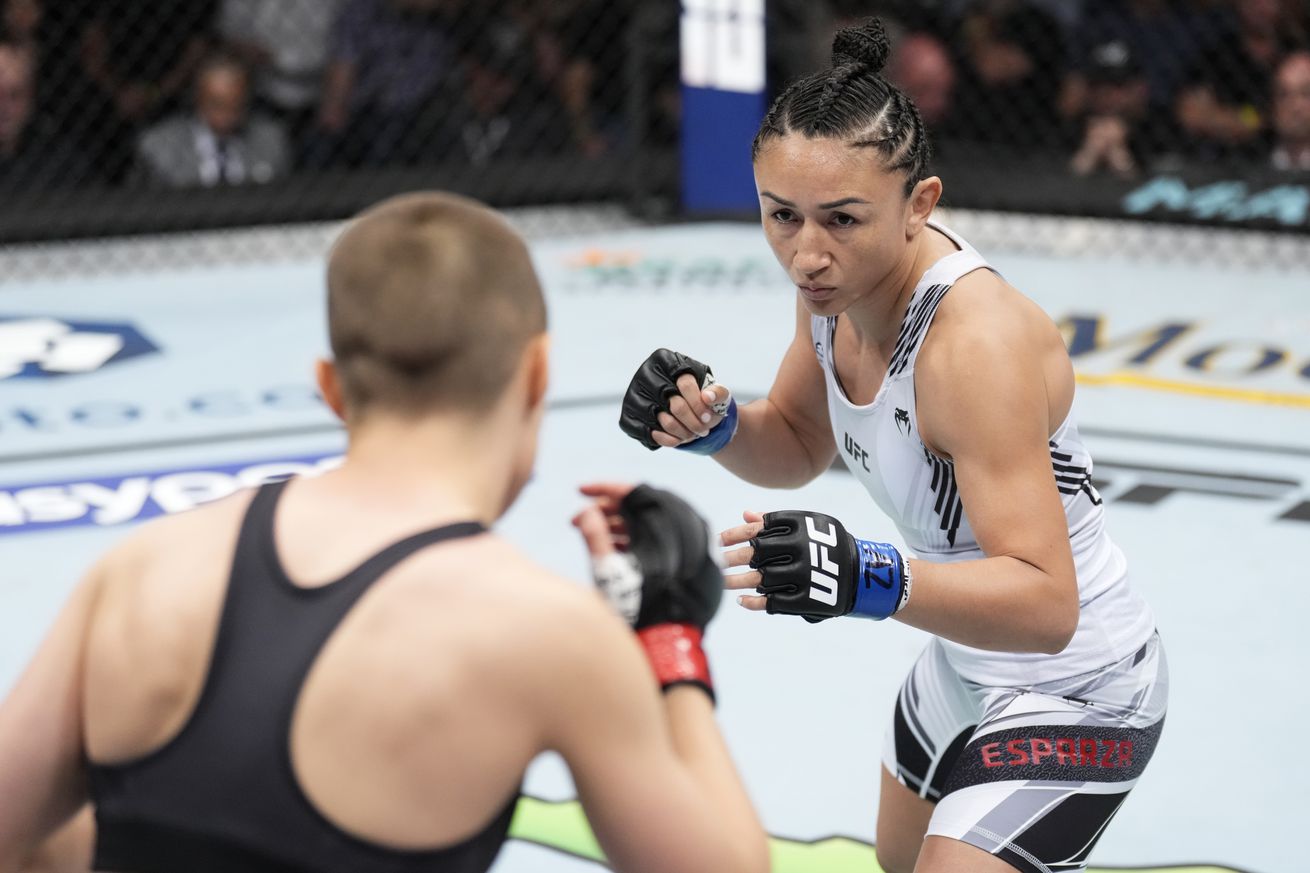 One of the foremost experts on reffing and judging lays out the case for 10-10 rounds during one of the worst title fights in the history of the UFC.

As rare as 10-8 rounds are these days in major league MMA, the true mythical unicorn of scoring is the seldom seen 10-10 round. But OG referee “Big” John McCarthy believes if any fight had rounds that deserved to be scored 10-10, it was UFC 274’s Rose Namajunas vs. Carla Esparza.

Namajunas vs. Esparza was widely panned by fans for having barely any action. The two women combined to throw just 67 significant strikes over the course of their 25-minute championship bout. In the end it was Carla Esparza that was awarded the split-decision win, taking the belt from Rose Namajunas.

During an interview with MMA Junkie Radio, McCarthy — who helped write the Unified rules and scoring criteria used by the sport — laid out the case for 10-10 rounds.

“I always say the fights that are the worst, the ones where there’s not a whole lot happening, they’re not really going after each other, like we saw with Carla Esparza and Rose Namajunas,” McCarthy said. “Especially the first round. I was judging it, I didn’t have anybody there, it was me by myself, and I put down 10-10. That’s a 10-10 round. And it’s really based upon neither fighter deserved to win that round.”

“When you’re talking about giving an advantage to one fighter over the other, they both hit each other, I would say, one to two times, if that,” he continued. “And neither of those were great. You don’t deserve to have an advantage over your opponent in that. If I was sitting in Arizona, the table would’ve gotten a 10-10, and I believe that’s the right score for that round.”

The official section in the Unified Rules of MMA for 10-10 rounds reads as follows:

“A 10 – 10 round in MMA is when both fighters have competed for whatever duration of time in the round and there is no difference or advantage between either fighter.” A 10 – 10 round in MMA should be extremely rare and is not a score to be used as an excuse by a judge that cannot assess the differences in the round. A 10 – 10 round in MMA is a necessity to have for the judge‟s possible score, mainly due to scoring incomplete rounds. It is possible to have a round where both fighters engage for 5 minutes and at the end of the 5-minute time period the output, impact, effectiveness and overall competition between the two fighters is exactly the same. It is possible, but highly unlikely. If there is any discernible difference between the two fighters during the round the judge shall not give the score of 10 – 10. Again, this score will be extremely rare.

Of course, none of the judges on fight night issued a 10-10 round. Instead, judges looked at small edges in effective striking / grappling ... or if that failed, they moved on to fighting area control (the ol’ Octagon control metric) to decide who won.

Given how the offense from both women was largely equal, it could have been Carla’s forward pressure that made the difference.