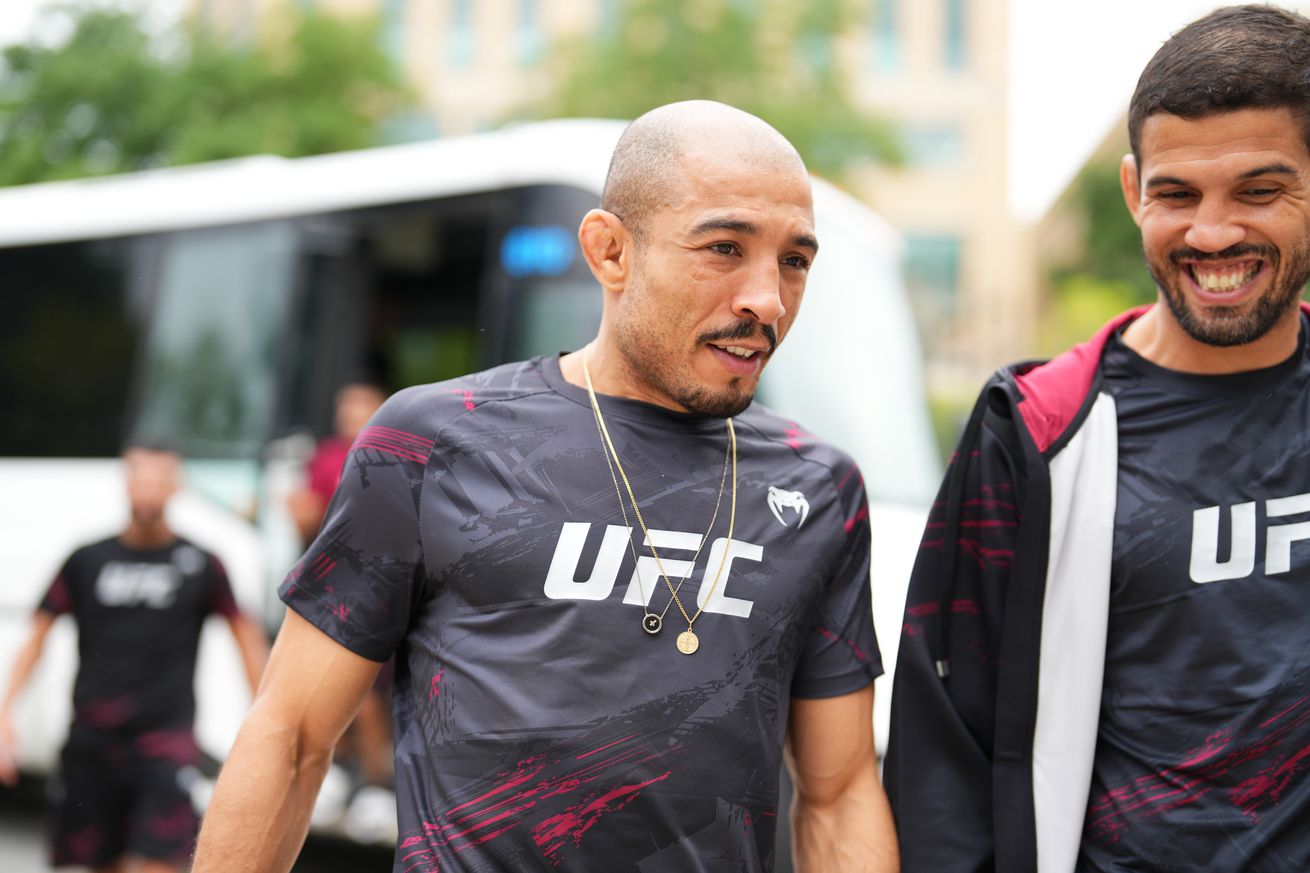 Jose Aldo retired from cage fighting back in September ... or did he?

The former featherweight champion had one fight remaining on his UFC contract and was expected to make his final appearance next January in Rio; however, the 36 year-old Brazilian instead reached a deal that would allow him to participate in other organizations.

“I’m trying to see the best path I’ll take right now,” Aldo told Globo Esporte (transcribed by MMA Fighting). “I won’t fight MMA, that’s for sure. I thank everybody calling me from other promotions, but I haven’t left the UFC, I remain under contract with them. I’ll see where I’ll fit. Boxing is a possibility. It was always a dream I had in my life, I never hid that from anyone. It was always a dream. But let’s see. Everybody says I’m still young, that I have a few years [left]. First, for now, with the birth of my son, I want to enjoy my family, and then I’ll think of the professional side.”

Doesn’t sound like a firm commitment to anything at this point in time.

If Aldo wants to continue in combat sports there aren’t too many options outside of boxing, with or without gloves. Grappling competitions remain a possibility, but that wouldn’t require a special deal or hasty retirement since UFC has typically allowed its top stars to work the mats.

Perhaps this was another case of an “emotional” decision in the wake of a demoralizing loss?