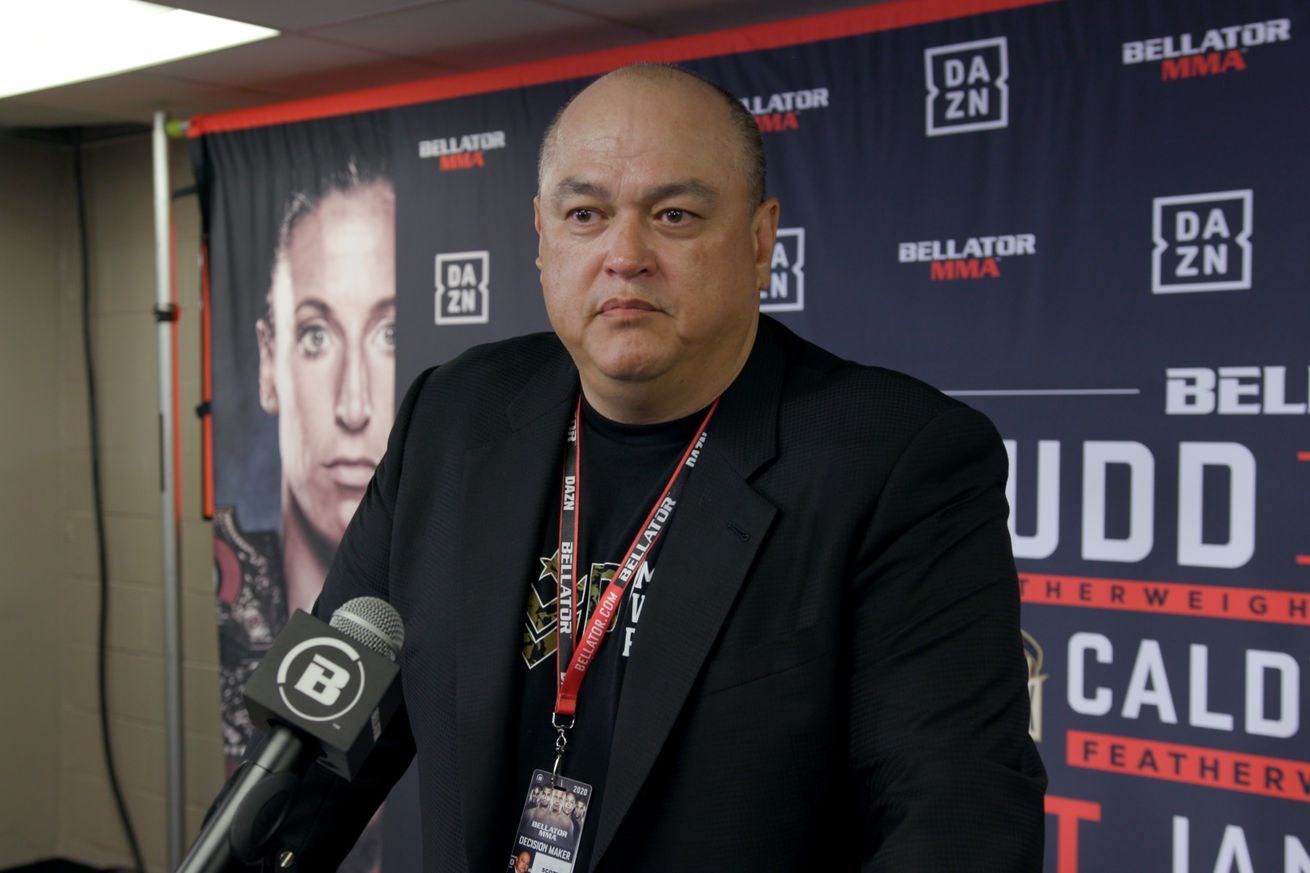 In a prepared statement sent to MMA Fighting, Coker said “the integrity of MMA” is of paramount importance and his promotion values “independent” oversight of the sport.

“As a lifelong martial artist, integrity and honor have been the foundation upon which I have built my career as a Mixed Martial Arts promoter, and I believe that it is of utmost importance that the integrity of MMA remains unquestioned,” Coker stated in the release, sent on Friday night. “It is my understanding that certain regulatory agencies have taken action that they deem necessary to ensure that any appearance of impropriety is removed from our sport, and I support those actions.

“Bellator MMA is a promotion that highly values the importance of independent regulation of our sport, and we will continue to abide by the mandates of the regulatory bodies which sanction and oversee our events.”

On Friday afternoon, the UFC said the Nevada Athletic Commission had suspended the license of Krause and was cooperating with multiple government investigations into betting activity surrounding the UFC Vegas 64 fight between Darrick Minner, whom he coaches, and Shayilan Nuerdanbieke. The promotion said it would not allow Krause or any fighter associated with him to participate in UFC events until the investigations were concluded.

The UFC also released Minner, who faces disciplinary action for failing to disclose a leg injury he said he suffered before the fight. Betting lines swung massively in favor of a Nuerdanbieke win and finish inside the distance in the hours before the fight.

The gaming control board in New Jersey announced betting sanctions against Krause, while the Canadian provinces of Alberta and Ontario blocked UFC betting. Three weeks before UFC Vegas 64, the UFC announced it was amending its Code of Conduct to forbid fighters from betting on octagon fights.

In response to the action against Krause, UFC interim flyweight champion Brandon Moreno, who trains at Kraus’ Glory MMA and Fitness and is set to rematch undisputed champ Deiveson Figueiredo at UFC 282, expressed support for his coach.