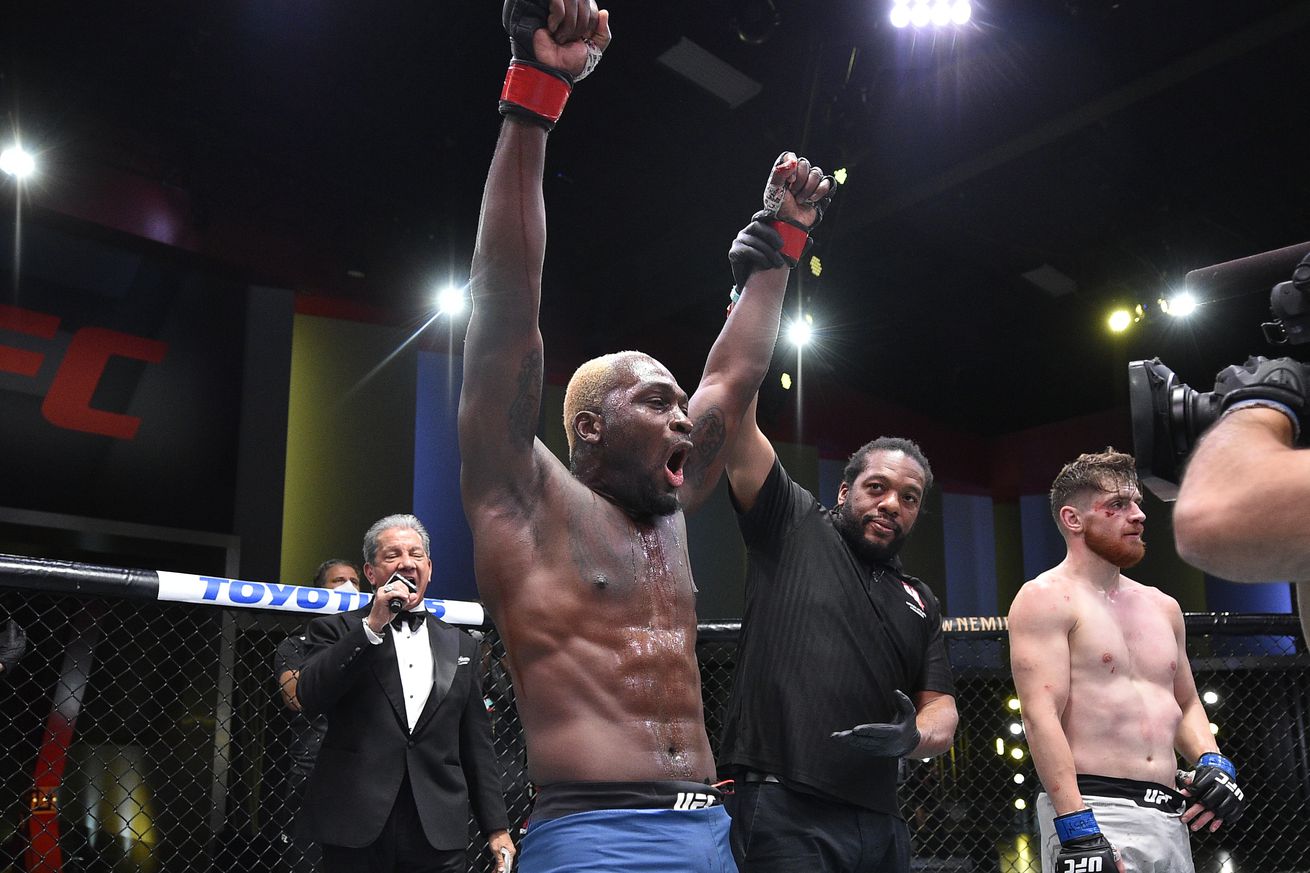 Just in case you all forgot, Derek Brunson is as real a contender as it gets and it’s high time people stopped sleeping on him. After a tepid first round, Brunson took it to “The Golden Boy” in round two, tagging him with one hard shot after another. After scoring a takedown, Brunson started piling on the punishment in Shahbazyan with seconds remaining in the round, busting him up and leaving him stiff (for a second) once the horn rang. One round two began it was pretty much the same, as Brunson once again caught Shahbazyan in a tight predicament, raining down bombs on him until Her Dean out an end to the punishment…minus the controversy and criticism. Brunson has now won three in a row, and after stealing Shabazyan’s undefeated streak, he has a nice notch on his resume moving forward in his quest for his first-ever UFC title shot.

Maia completely redeemed herself from her last fight at UFC 244 — where she cam in heavy and then proceeded to get totally dominated by Katlyn Chookagian — after submitting Joanne Calderwood in the very first round via armbar. By doing so, she ruined “Dr. Kneevil’s” title fight aspirations, one she already had locked down and put at risk by accepting to fight Maia. With the win, Jennifer moves to 3-1 in her last four and made a huge stride in her own path for a title fight.

You couldn’t blame Edmen for being confident in himself coming into his first-ever UFC headlining bout. He was previously undefeated (11-0, 4-0 UFC), and was being thought of a potential champion who could lead the Middleweight division one day. “The Golden Boy” even had his path to the title line up, as he was giving himself less than 18 months to win the UFC strap in order to break Jon Jones record of youngest UFC champion ever. While he can still do that, it will get a lot tougher after he was knocked out by Derek Brunson. I don’t want to go as far as to say that he overlooked the longtime veteran, but Edmen sure didn’t show up. In the end, Brunson proved that experience trumps hype. With his first hiccup going down early in his combat career, “The Golden boy” has the time to look at his mistakes and fix them. hopefully he will do just that and not try to rush back in an attempt to redeem himself. Slow and steady is the process, even it does interfere with his championship timetable.