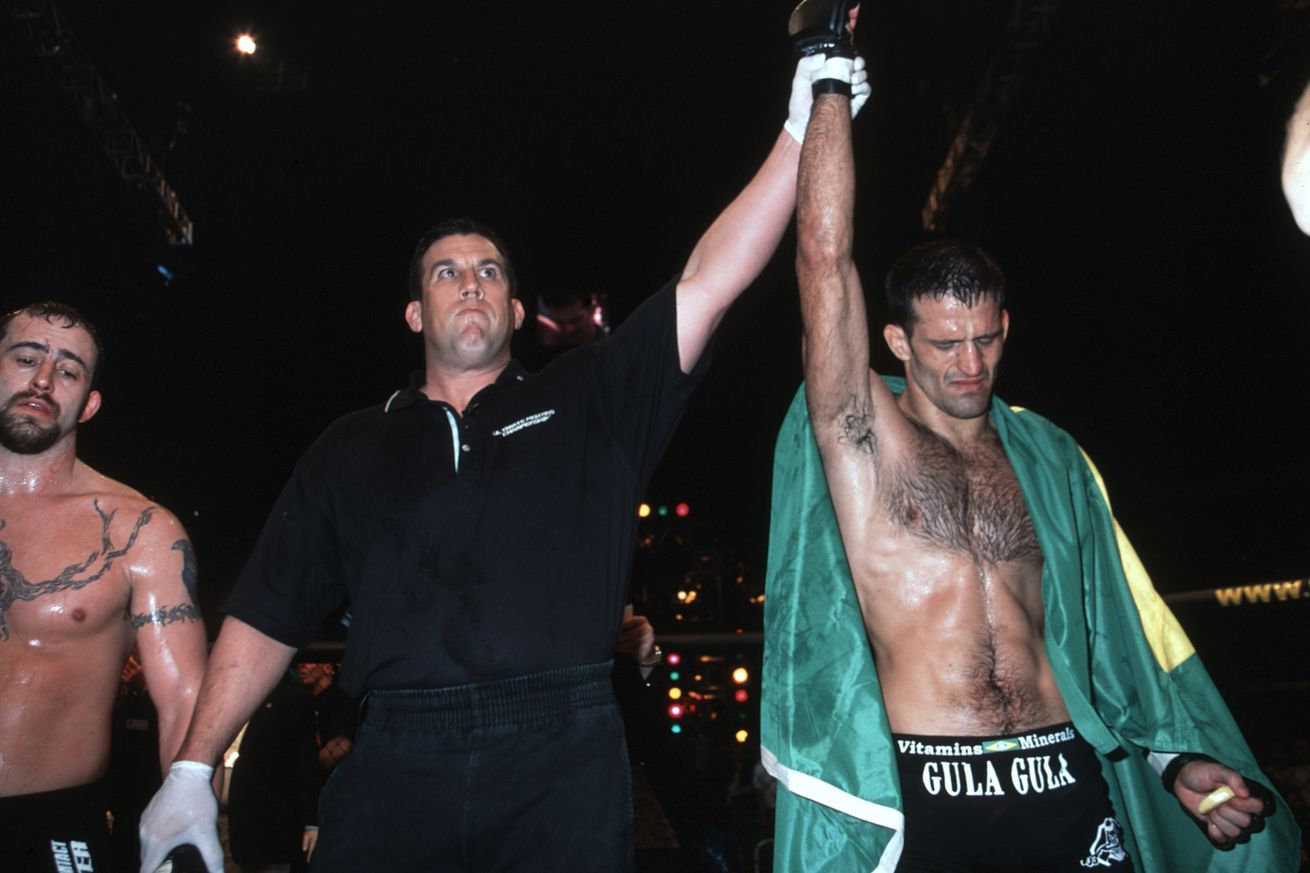 Can Alex Pereira kick off a dominant run in the UFC middleweight division? For Murilo Bustamante, the first Brazilian to hold that belt, “Poatan” has all the potential for it, but must change a few things to make sure he succeeds.

Pereira dethroned Israel Adesanya in an incredible comeback victory at UFC 281, knocking out “The Last Stylebender” in the fifth round while down on the scorecards in New York on Nov. 12. All roads indicate they will run it back sometime in 2023, and Bustamante is “happy to see this belt back in Brazil.

“‘Poatan’ put on an incredible fight and there was no other option for him in that final round except a submission or a knockout, and he pulled it off,” Bustamante said on this week’s edition of MMA Fighting podcast Trocação Franca. “Adesanya fought well, but ‘Poatan’ showed composure and mental strength to keep fighting until the end and get a very important victory.”

Bustamante expects Pereira to “only get better as a fighter” after such a huge victory at Madison Square Garden, which boosted his MMA record to 7-1 after a stellar career in kickboxing, and predicts their next showdown will be “more difficult for Adesanya.”

Pereira scored two kickboxing wins over Adesanya prior to his UFC title win over the Nigerian superstar, but Bustamante thinks his fellow Brazilian must get to the gym and work on other aspects of his game in order to be well-rounded enough to continue at the top.

“The level is so high,” Bustamante said. “I think Robert Whittaker won his last fight against Adesanya. Robert has so many skills and isn’t easy to read. He had good takedowns. [Pereira] needs to work on his game, make it more even, and train more ground. He’s great on the feet but he has to train more ground game and wrestling. Adesanya definitely has more cage experience, he has been in more five-round fights, but ‘Poatan’s’ rise definitely was meteoric. That title win gives him huge experience.

“[Pereira] will have more growth now and stay for a long time [at the top], but he must work on his ground game a lot for that. Among all the disciplines he dominates, jiu-jitsu — or ground and pound or ground game, whatever you wanna call it — is the weakest. He’s shown evolution with his wrestling. He’s excellent on the feet, but needs to balance it more. If he fights a good grappler [that] takes him down, he’ll be in trouble.”

Bustamante sees Whittaker as the worst match-up style-wise for Pereira right now. That said, with “Poatan” and Adesanya likely to rematch next, the leader of Brazilian Top Team shares the same advice to both fighters: “I think they both have to work on their ground game.”

Pereira was promoted to brown belt in jiu-jitsu by his coach Plinio Cruz after UFC 281, while Adesanya still ranks purple belt under Andre Galvao. Bustamante, a red-and-black belt under Carlson Gracie who won and defended the UFC belt back in 2002, said he respects both their coaches but, under his own criteria, he does not promote fighters that don’t train with the gi.

“I think Adesanya should vary more with takedowns, use different strategies round after round,” he said. “Even though he was doing well on the feet, he was caught in the end. I think he could change things up and maybe go for a submission on the ground. ‘Poatan’ has already proved he will find a way to win on the feet in the end.

“‘Poatan’ has to use more combinations like he did in the final round. His takedown defense is good, it has gotten better offensively as well, but I haven’t seen his ground game yet. He did well when he was on the bottom, but I think he has to work more. Both have to work more on their jiu-jitsu.”