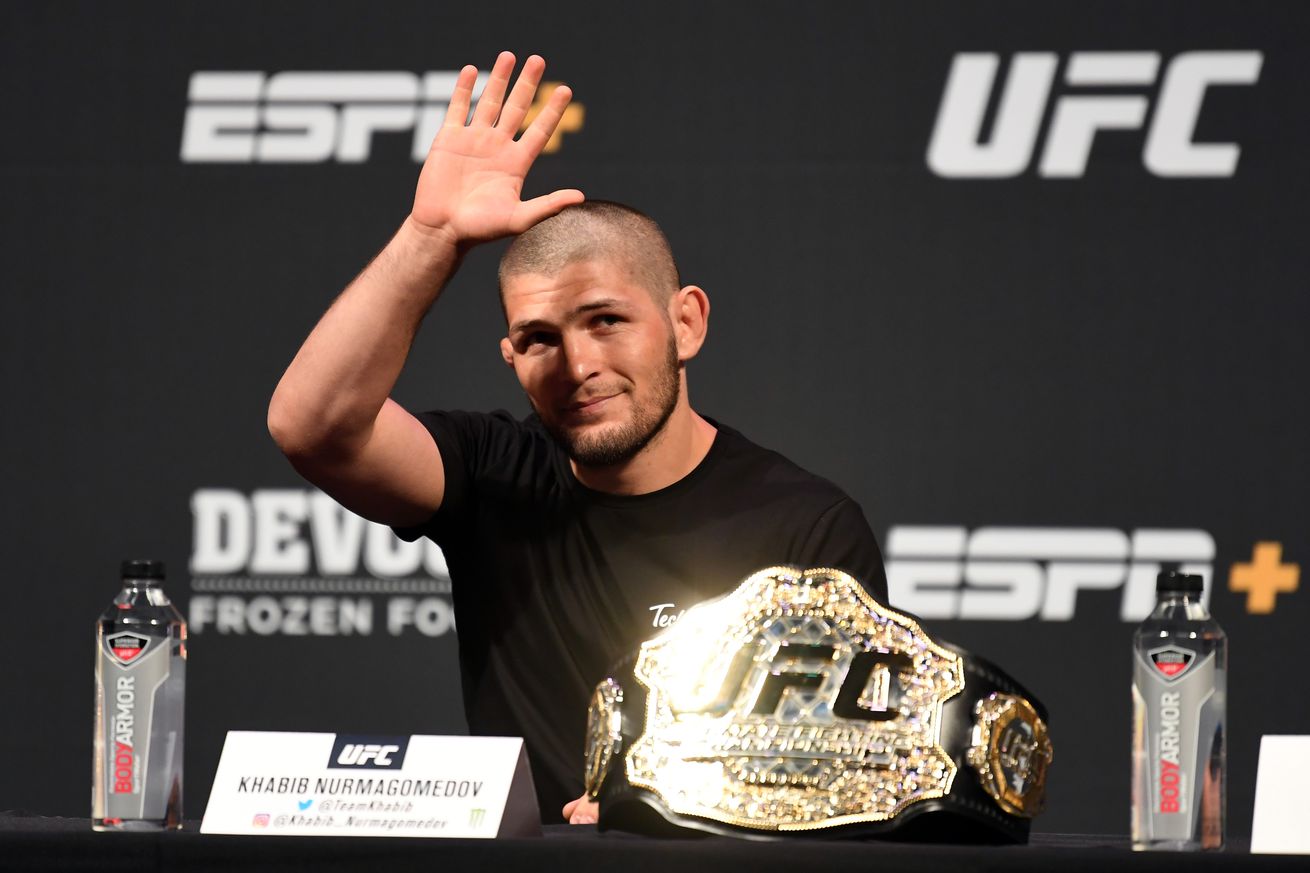 Michael Chandler flew all the way to Abu Dhabi just to make weight and go home.

“Thank you Michael Chandler, go home and fight with some other fighters,” Nurmagomedov told Aaron Bronsteter. “He’s not high-level championship fighter in UFC. Two fights ago he lose in other organization, featherweight, he knock him out. He have to show the world he can fight for the title. Fight with someone from Top 5 in UFC and then we gonna talk about him.”

UFC tried that but didn’t seem to have much luck.

Nurmagomedov (28-0) defends his lightweight strap against interim division titleholder Justin Gaethje (22-2) this weekend on “Fight Island.” A victory over “The Highlight” is likely to earn “The Eagle” something special, according to promotion president Dana White.

Gaethje is fighting Nurmagomedov and Poirier is trying to land a January rematch with McGregor. with Ferguson disinterested in facing the “Iron” man, the only available candidate is Dan Hooker.

“The Hangman” is currently unbooked.