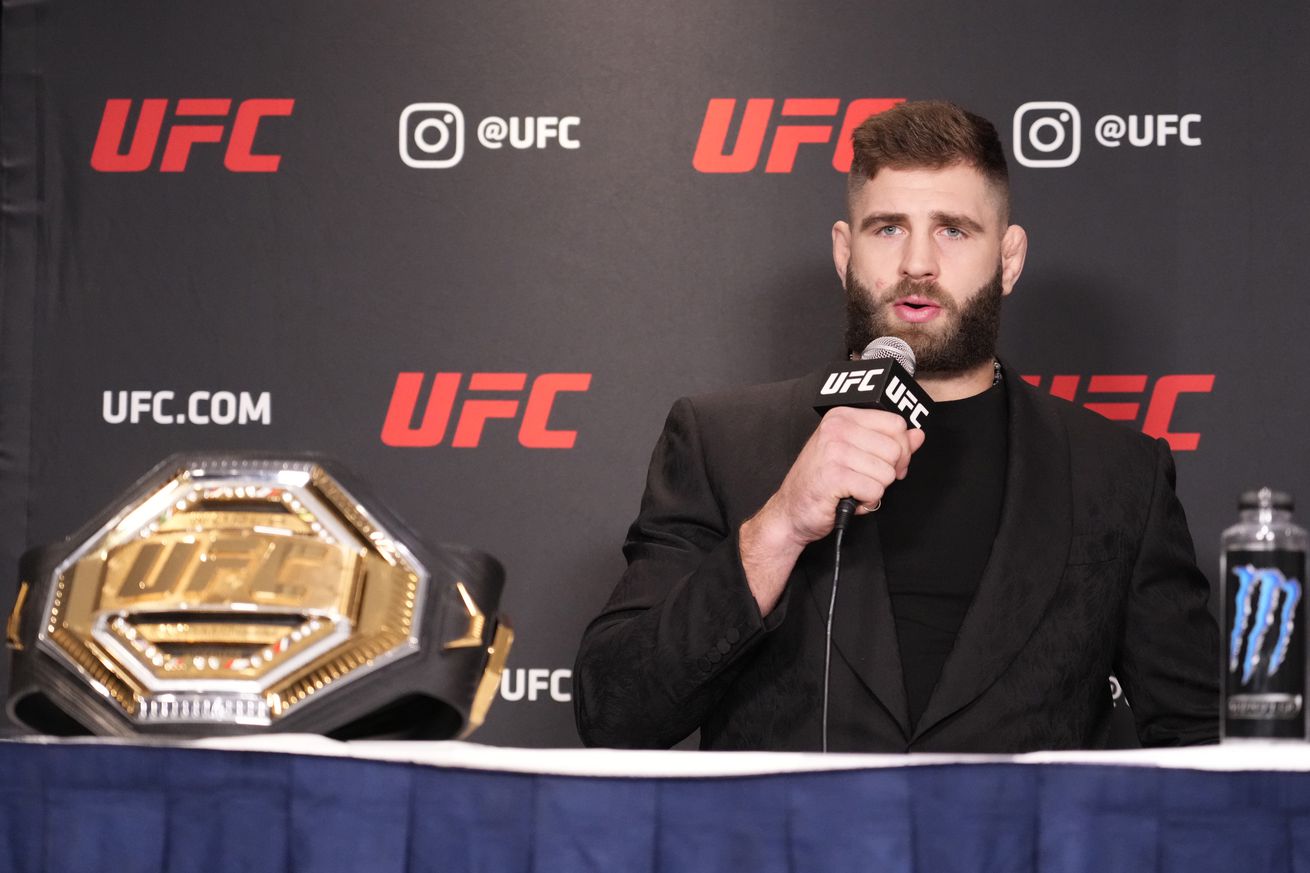 Yahoo! Sports’ Kevin Iole confirmed today (Weds., Nov. 23, 2022) that UFC Light Heavyweight champion, Jiri Prochazka, has been injured out of his upcoming title fight rematch with Glover Teixeira at UFC 282 on Dec. 10, 2022. Additionally, Prochazka has vacated the title because of the accident. Teixeira reportedly turned down a replacement fight, leading to Jan Blachowicz versus Magomed Ankalaev getting promoted to the new UFC 282 main event.

The extent of Prochazka’s injury is believed to be to his right shoulder, taking place while wrestling, per Prochazka’s manager, Tim Simpson. Surgery will be required, leaving “Denisa” sidelined for upward of a year.

UPDATE: UFC has confirmed the news and notes that Prochazka will fight for the title upon his eventual return once cleared to compete again. Blachowicz vs. Ankalaev will also now be for the vacant Light Heavyweight title.

Prochazka won the title in June 2022 in epic fashion, scoring a last-minute comeback rear-naked choke submission against the aforementioned Teixeira (watch highlights). The Czech Republic native was on his way to losing the back-and-forth bout, but continued his history of finishes, locking up a candidate for 2022’s Fight of the Year.