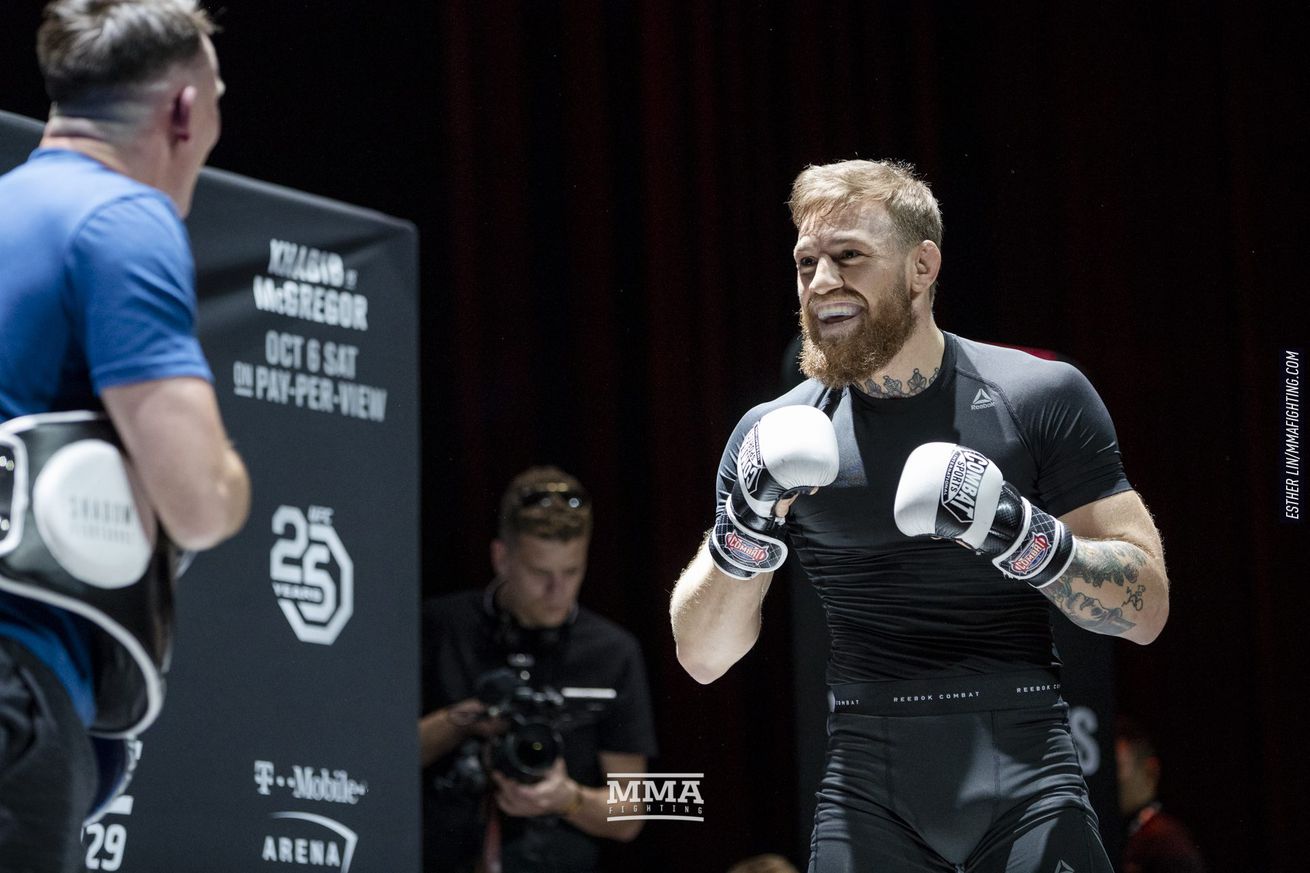 Khabib Nurmagomedov’s longtime coach Javier Mendez thinks that Conor McGregor’s recent loss might have been months in the making.

The American Kickboxing Academy founder appeared on Submission Radio to break down the main event of UFC 257, which saw McGregor fall in his rematch with Dustin Poirier after succumbing to strikes in the second round. Poirier made tactical use of leg kicks to limit McGregor’s mobility and later finished with punches against the cage. McGregor later admitted that Poirier’s strategy left his leg “completely dead.”

Mendez saw the effectiveness of Poirier’s leg kicks right away and he wonders how McGregor and his team could have been so unprepared for them.

“When I saw Dustin start going for the leg kicks, I go, oh my God, Conor’s stance is not made for checking properly, leg kicks like that,” Mendez said (transcription via Denis Shkuratov). “Especially calf kicks. So, I thought that was going to be a major problem and then when he hit Dustin with the good shot and Dustin took it, that’s when I kind of knew, oh boy, things are gonna change and sure enough they did. It was a great game plan from Dustin to work the leg kicks, calf kicks and it was a bad judgement on Conor’s part to not be prepared for that.

“I don’t understand how you cannot be prepared for something like that, when that’s what everybody’s going to. Khabib, I told him, I reminded him every day that ‘Justin’s coming after your legs, Justin’s coming after your legs.’ Every day I was telling him that. And you would think that you would be reminded also because that’s a big weapon. Until fighters learn how to deal with it, it’s gonna be a big weapon.”

Mendez pointed out that McGregor’s karate stance is particularly poor for dealing with muay Thai kickboxing. He knows a thing or two about that, given that he successfully helped to navigate UFC lightweight champion Khabib Nurmagomedov to a win against noted leg kick specialist Justin Gaethje at UFC 254 in October.

In regards to McGregor perhaps suffering from inactivity (this was just McGregor’s third MMA fight since 2016), Mendez acknowledged that was a factor and added that changing up his training routine for UFC 257 may also have been detrimental to his performance.

“[Inactivity] does affect things, and that’s what he’s saying, but I also happen to know too that when you make changes in camp, when things weren’t broken, why change them?” Mendez said. “I heard he went to Portugal, or something like that, to do training. But what was wrong with where he’s always trained? I don’t know. It looks like he made a lot of changes, and why change when things aren’t broken?

Following McGregor’s loss, Nurmagomedov took a shot on Twitter at his old rival, writing, “This is what happened, when you change your team, leave the sparring partners who made you a champion and sparring with little kids, far away from reality.”

Mendez said if there’s any truth to that then Nurmagomedov has a point. He’s also glad to see that the trash talk between the two has cooled down, at least compared to the deeply personal insults that the two traded before their duel at UFC 229 in 2018.

Even then, Mendez doesn’t see any reason why another fight between Nurmagomedov and McGregor should ever happen because in his eyes, it wouldn’t be close.