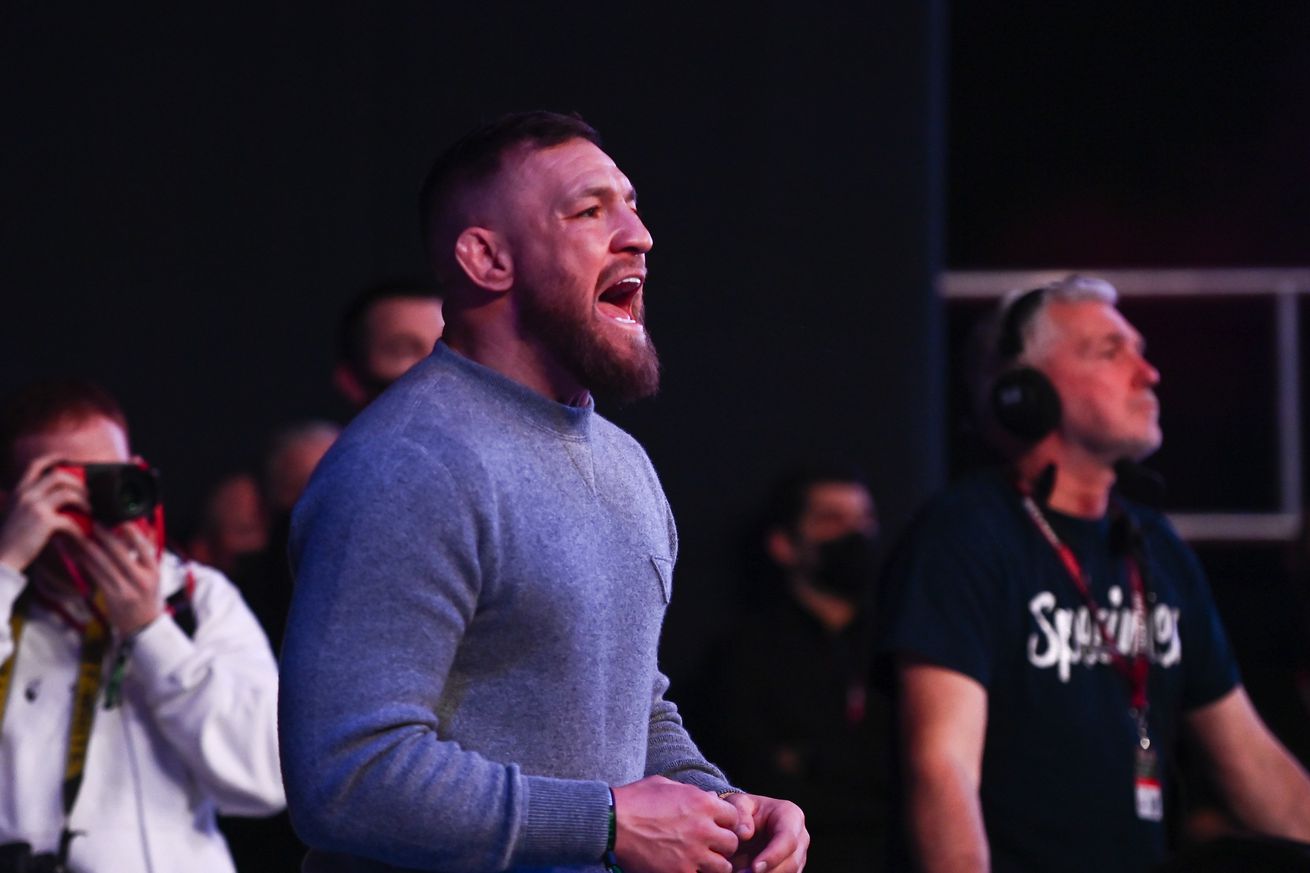 Conor McGregor and Michael Bisping have publicly been at odds lately, but “Notorious” is now saying that the feud is just a misunderstanding.

And that it’s Bisping who’s got it all wrong.

On Wednesday, McGregor recorded a voice message addressing the recent beef with Bisping that was sparked by the former UFC middleweight champion taking McGregor to task over comments he’d made about Bisping’s acting career. The dispute quickly escalated with McGregor firing off a series of profane tweets that culminated in him threatening to “cave [Bisping’s] head in,” but now McGregor says it was all for show.

“Hey, Mike, it’s Conor here,” McGregor said in the new clip. “I saw you didn’t understand that I was simply acting. I thought you would’ve known. Brother, all love, my man. God bless the show, God bless the fam, and God bless my man. Oh yeah!”

In part of McGregor’s since-deleted rant from this past Friday, the former two-division UFC champion did not sound like he was taking the situation lightly.

“Do you want to go to war, man, yeah?” McGregor said. “Do you want to go to f****** war? We’ll go to war with you, yeah?” McGregor said. “Security. You little sausage of a thing. I’ll have security set you up ... when you’re in Vegas again, pal. ... Keep my name out of your f****** mouth again or any type of threatening behavior, or I’ll walk through your front door. ... You little dope. [Go] back where you belong you little clown, you little sprinter.”

Following that response, it was actually Bisping who first attempted to defuse the situation, clarifying on his Believe You Me podcast that the discussion around McGregor was in jest.

“If you watched the show, we were having a laugh,” Bisping said. “It’s a f****** joke, obviously, there was no threats on my end whatsoever. But he kind of flipped a lid, didn’t he? He lost his mind. Anyway, Conor, relax buddy, Jesus g****** Christ. There you go.”

It remains to be seen if McGregor can claim the final word in this exchange, but either way it’s unlikely that it will escalate any further. Bisping officially retired from fighting in 2018 and the next booking for McGregor is still up in the air as he looks to return from a broken leg suffered in his trilogy bout with Dustin Poirier at UFC 264 in July 2021.