Darren Till gives his side of viral police confrontation: ‘You’re here to serve us, not to harass us’ 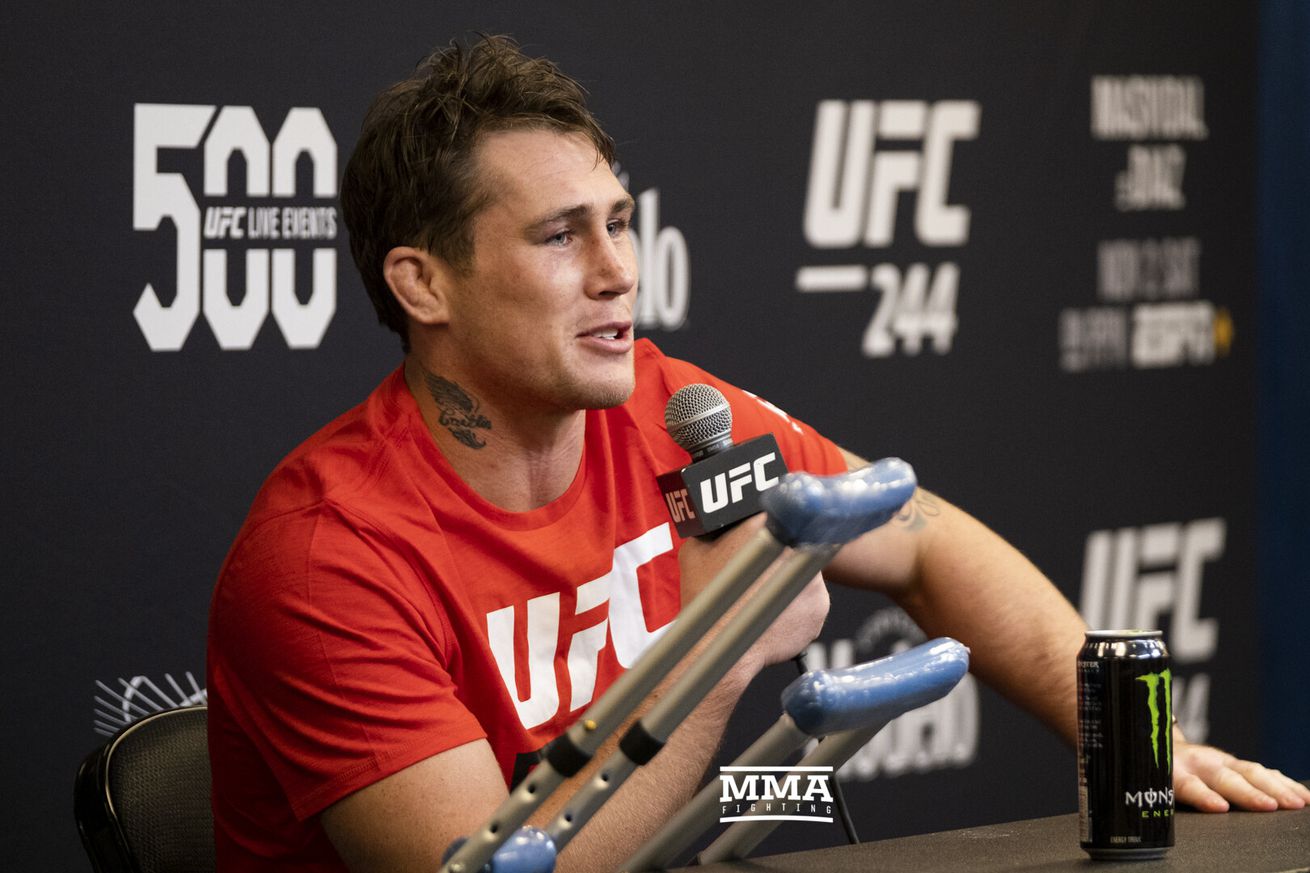 Darren Till wasn’t shy about sharing a run-in with the law with the rest of the world and now he’s taking a moment to explain himself.

The UFC welterweight contender appeared on the Michael Bisping’s Believe You Me podcast to discuss the viral video that made headlines on Wednesday, which featured Till using Instagram Live to stream a confrontation with police officers in which Till became audibly aggravated and animated with the situation.

Till has already followed up on the incident on his Instagram, but he was happy to share some of the more lively details with Bisping, starting with how a trip to the gas station turned into one of the week’s more memorable stories when Till was questioned for not wearing a mask in observance of COVID-19 safety protocol.

“So I’m going to the petrol station literally about two minutes from my house and it was on the way to the gym last night and I knew that I needed to get baby milk for the babies and I was getting some water on the way to the gym,” Till said. “I’m there 10 times a day, everyone knows me, it’s just my local petrol station. As I’m coming out, there was already a police officer in there and he’s the guy who sort of recognized me, he even said hello and that. As I come out, this [other] police officer’s been sat in his car, he jumped out of his car, comes straight up into my face and says, ‘Where’s your mask?’ and that just threw me off… I went, ‘I don’t need a mask, I’m exempt.’

So as I’m going to my car, he’s trying to hold me and I said, ‘Mate, don’t you f*cking touch me now.’ I thought this needs to be getting put on film in case these c*nts try and arrest me for [disorderly conduct]. I tried to open my car door and he’s stopping it and I said, ‘Mate, you’re about five-foot-nothing, stop trying to stop my car.’ So I grabbed my phone and I went, ‘You’re going on live Instagram now to protect myself.’ This guy was about 45, I’m a nobody, but obviously he doesn’t know I’ve got quite a few following and he goes, ‘Who to? You’re family?’

“I went, ‘Yeah, mate, my f*ckin’ family. Just wait until you see the memes that come out of you, you f*ckin’ four-headed c*nt.’”

Till said he usually tries to be cordial with the police and even in the past as he was growing up, his familiarity with the locals usually only led to him getting a warning for any mischief. So he was taken aback when one of the officers in the video insisted that he provide proof of a medical condition exempting him from wearing a mask.

Currently, the U.K. does not legally require that citizens carry any proof of exemption, something Till is aware of. He feels the situation was escalated by the officer preventing his departure from the gas station.

“Even if you want to carry on further, just give me my warning or my caution,” Till said. “Stop harassing me and leave me on my way. I kept saying—this isn’t on the Live—I kept saying, ‘You’re here to serve us, not to harass us.’ Obviously, it went on a bit and I was just going, ‘Mate, you’re a loser, you’re just a f*ckin’ muppet.’

“Usually in situations like this, not a lot of the time I give a f*ck or I feel like I have to justify myself, but there was one thing I wanted to justify is to the kids, because even though I know 100 percent I was in the right—this is how much I know was in the right—because he was going, ‘Yeah, I’m gonna check your tires.’ I said, ‘Ya muppet, go and check them. I just want to train, get the car and take it to your bird if you want it that much, ya soft c*nt.’ … [but] there’s some things kids shouldn’t look up to as an example and I don’t want kids to take from that, ‘Yeah, that’s how you treat police,’ because that’s definitely not how you treat police.

“But sometimes you’re pushed to it and stuff like that happens, so regrettably I didn’t want to swear as much as I did, but I had it on Live purely for the fact I wanted to get it all documented in case they tried to arrest me unlawfully.”

According to Till, no fine was issued to him. He speculated that the officer in question may have been aggressive towards him due to Till possibly fitting the stereotype of a “Scally” (a criminal or person of low status), at least on that evening when he was “dressed the same as when I was 17” and driving a “nice, brand new car.”

Till says he’s had two surgeries to address his sinus problems, and those issues are why he wasn’t wearing a mask on his way to training. The officer Till argued with didn’t seem to be familiar with Till’s UFC work, but the other one did and Till thinks everyone could have saved a lot of time if the two policemen just compared notes.

“He was asking for me details and his officer—this was before the driver came over—he went, ‘Are you Darren Till?’” Till said. “I went, ‘He knows who I am! Get the details off him, ya muppet.’”