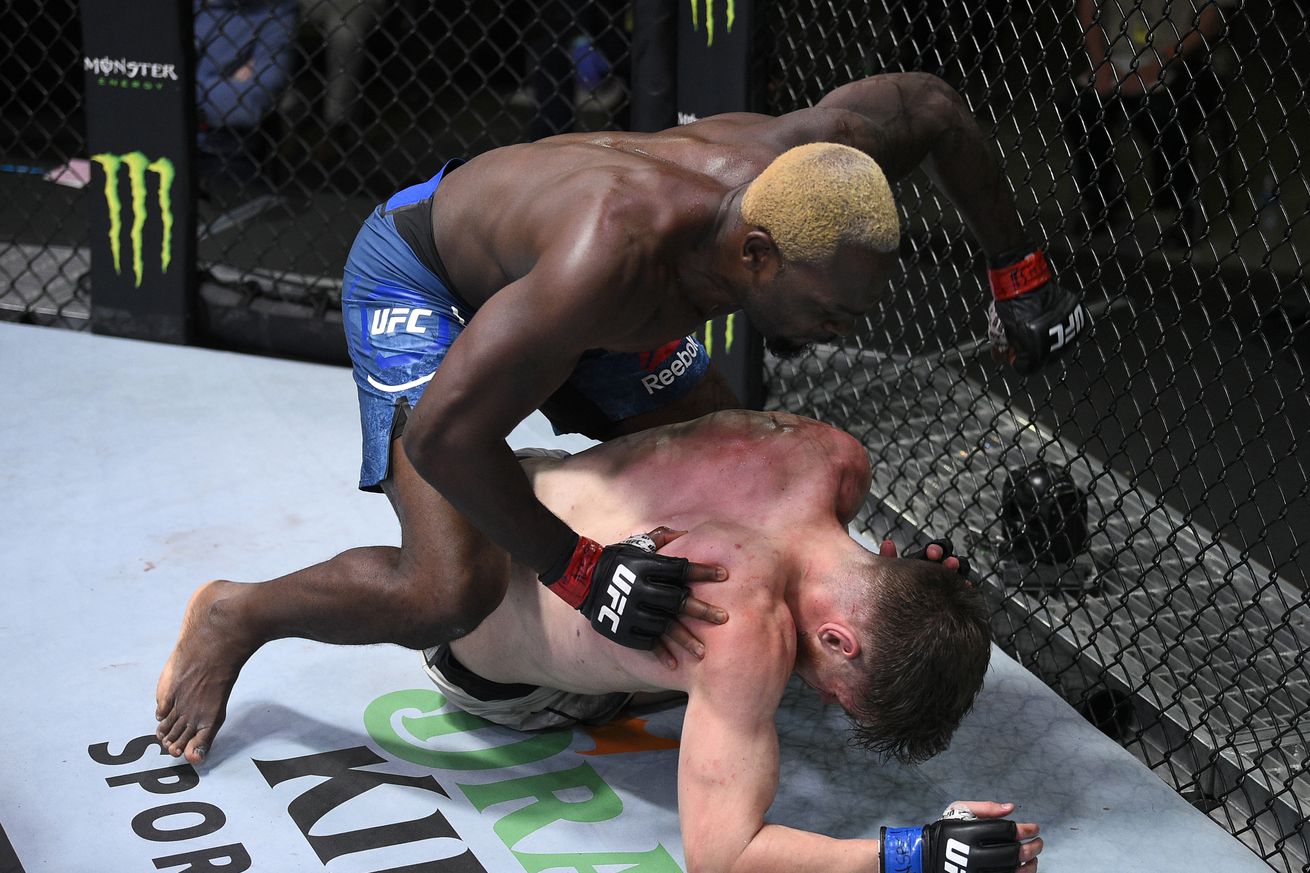 Despite a higher ranking and a wealth of experience against top competition, Derek Brunson walked into the UFC Vegas 5 main event as a decided underdog.

Just over two rounds later, Brunson left the octagon with a satisfying victory after dishing out a savage performance to finish previously undefeated prospect Edmen Shahbazyan.

The stoppage came at just 26 seconds into the third round as referee Herb Dean saw the damage done and saved Shahbazyan from any further punishment.

“All the people on social media, -300 underdog. So many people betting against me and having so much negative to say,” Brunson said following his third straight win. “But I have so much support and that meant way more than any negative [comments].”

Showing patience in the initial exchanges in the early going, Brunson finally exploded forward with a stinging left hand followed by a takedown that put Shahbazyan on the canvas. Brunson looked to follow up with some heavy ground and pound shots but Shahbazyan scrambled free to get back to his feet.

At striking range, Shahbazyan started to connect with his combinations as he looked to hurt Brunson to the head and body while always being wary of the powerful counters coming from the veteran middleweight.

While Shahbazyan was good at distance, Brunson’s ability to pressure forward while constantly threatening with his wrestling made a massive impact in the outcome of the fight.

The beginning of the end came towards the close of the second round after Brunson brought Shahbazyan back down to the ground with another takedown as he began unleashing a heavy barrage of shots from the top.

Right before the end of Round 2, @DerekBrunson UNLOADED on Shahbazyan with some nasty punches #UFCVegas5 pic.twitter.com/bg6TxANBfU

Brunson continued to advance his position while bombarding the 22-year-old prospect and an elbow came crashing down just as the round ended that could have potentially stopped the fight. Dean allowed Shahbazyan to continue but he didn’t survive much longer.

As soon as the third round started, Brunson put Shahbazyan down again and as he started blasting away with punches, the referee saw enough to call an end to the contest.

Heading into Saturday night, Brunson was touted as a gate keeper who would probably pass the torch to Shahbazyan as the next big thing in the middleweight division. Instead, he put on one of his best performances to date as Brunson proved yet again that he belongs among the best of the best at 185 pounds.