Do Cyborg And Nunes Have Better Hands Than Shields? 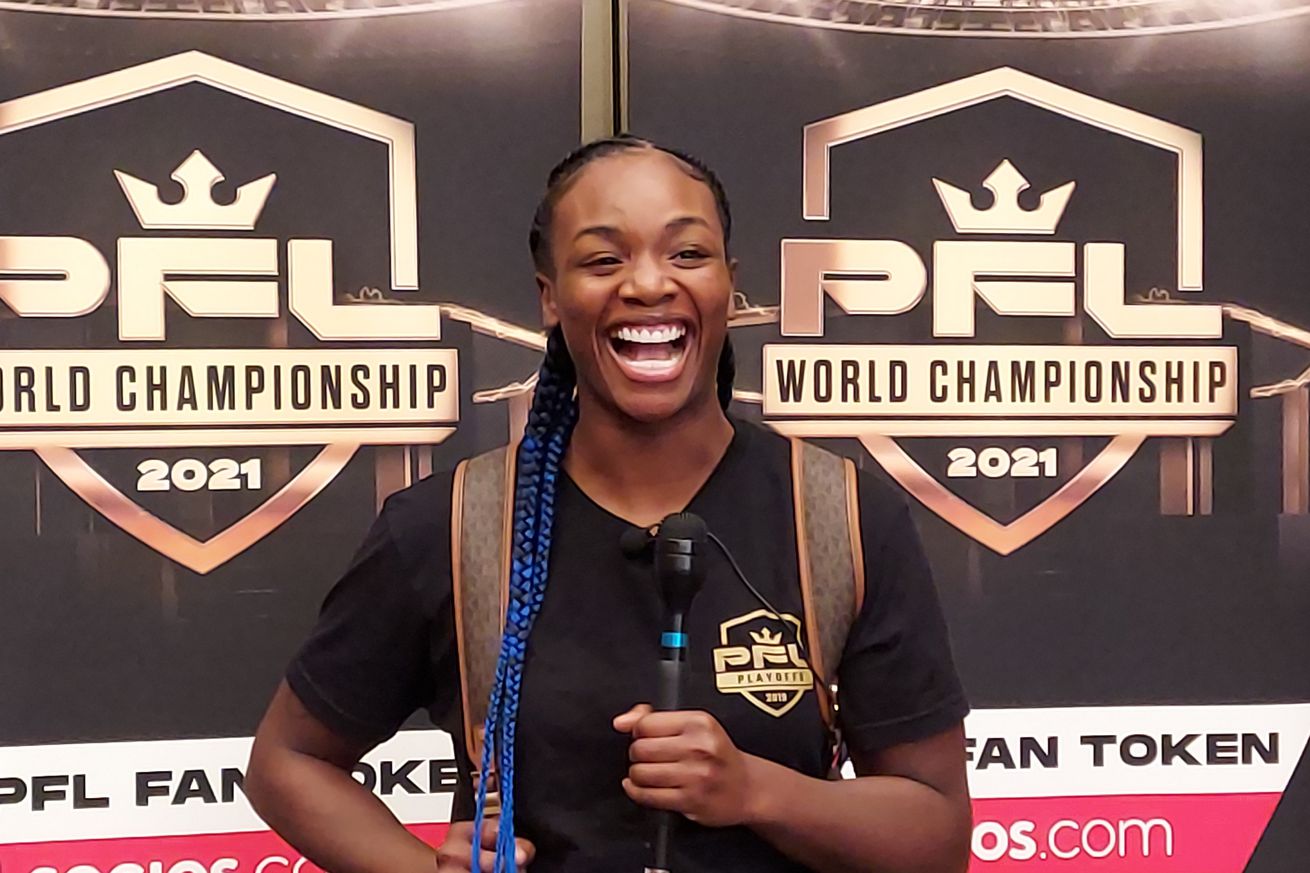 After getting the first MMA fight jitters out of the way, Shields believes she has the potential to do great things in the sport after finding the motivation to actually make the big jump. As far as MMA stars and champions making the leap over and dabbling in the sweet science, “The Gwoat” doesn’t see that happening anytime soon ... if ever.

“It just shows that I am the ‘Gwoat,’ and that I believe in my skills,” Shields told MMA Mania during PFL 10’s recent media day. “People were saying that Amanda Nunes, Cris Cyborg and maybe a few other girls have better hands than me, but I know for a fact that I have the best hands in boxing.”

“Those girls will never come over ... I believe Cris Cyborg may go over to boxing, but any other girls in MMA I don’t think they can beat the champions in boxing. But me, I have great potential over here. I think it shows my heart because jumping from sport to sport, from boxing to MMA is a big leap and it is scary because there are so many different arts, ways to lose.”

“In boxing you just have to worry about the hands. I think it’s easier for girls going from MMA to boxing, but going to MMA is way harder.”

Shields also went on to say she believes Cyborg can give several boxers in various weight classes trouble if she ever decides to make the jump over. For now, Cyborg is enjoying her time as Bellator’s featherweight champion and has a title fight lined up against Sinead Kavanagh at Bellator 271 on Nov. 12.

As for Shields, she will look to make it two-for-two in MMA this Weds. night (Oct. 27) when she takes on Abigail Montes at PFL 10.