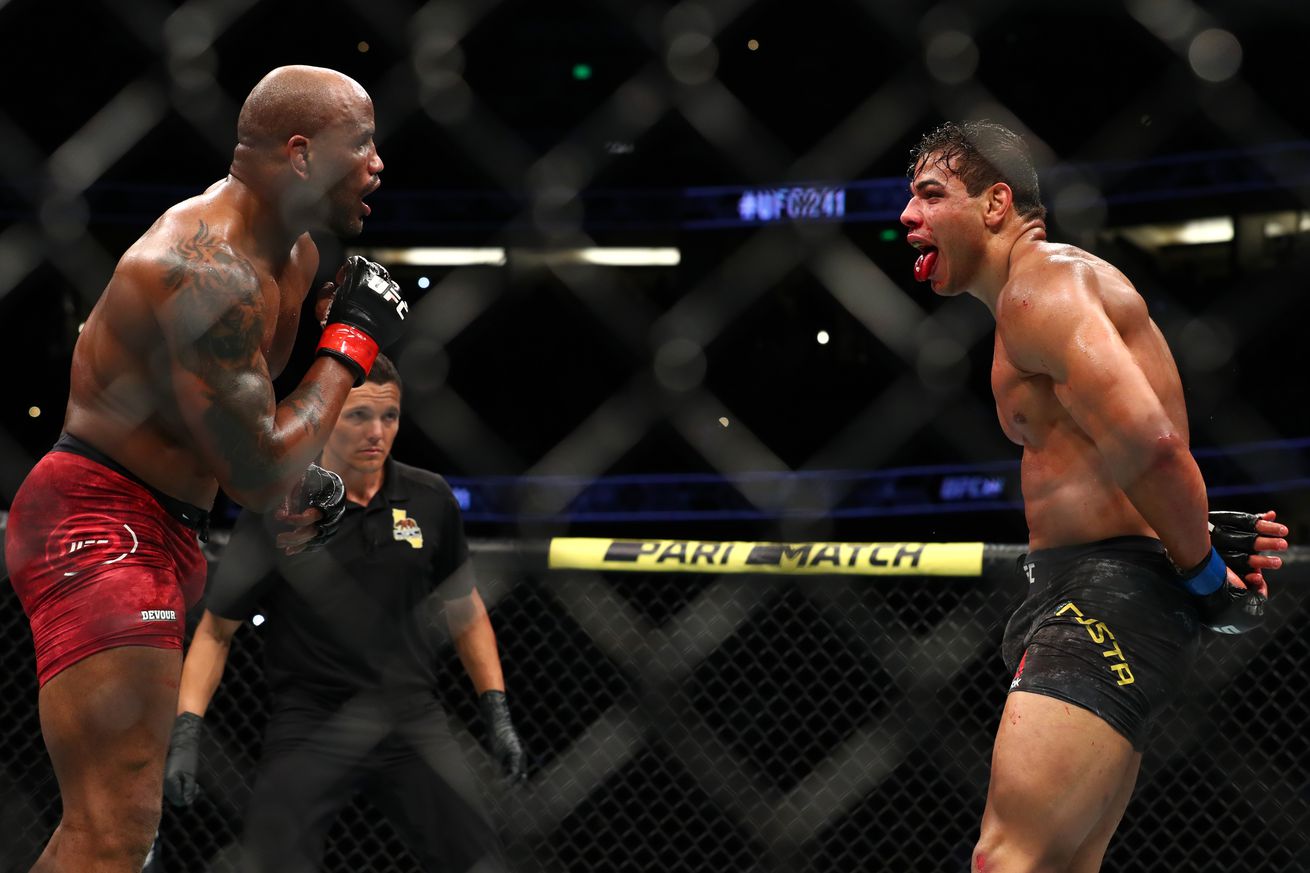 Paulo Costa will look to end Israel Adesanya’s reign atop of the Middleweight division this Saturday (Sept. 26, 2020) in the main event of UFC 253, set to go down inside Flash Forum on Yas Island, Abu Dhabi, United Arab Emirates.

Before then, let’s take a trip down Memory Lane to see one of “Borrachinha’s” biggest tests to date in the form of Yoel Romero. The two hulking Middleweight’s finally got their chance to settle their difference inside the Octagon at UFC 241 in 2019. Romero was coming off a tough loss to Robert Whittaker — his second defeat to “The Reaper” — while Costa was coming in hot with 12 straight wins, four inside the Octagon.

Ove the course of 15 minutes, the two hard-hitting combatants went toe-to-toe, with each man landing some good strikes on the other, each scoring a knockdown. After all three rounds were concluded, Costa had done enough to earn a unanimous decision win.

He was set to face Adesanya sooner but a bum limb forced the Brazilian bomber into recovery mode. Now that he’s 100-percnet physically, the bruising brawler will look to keep his undefeated streak going while handing “The Last Stylebender” his first-ever professional loss.