Hand Injury Kept Pereira From Grappling Leading Up To UFC 281 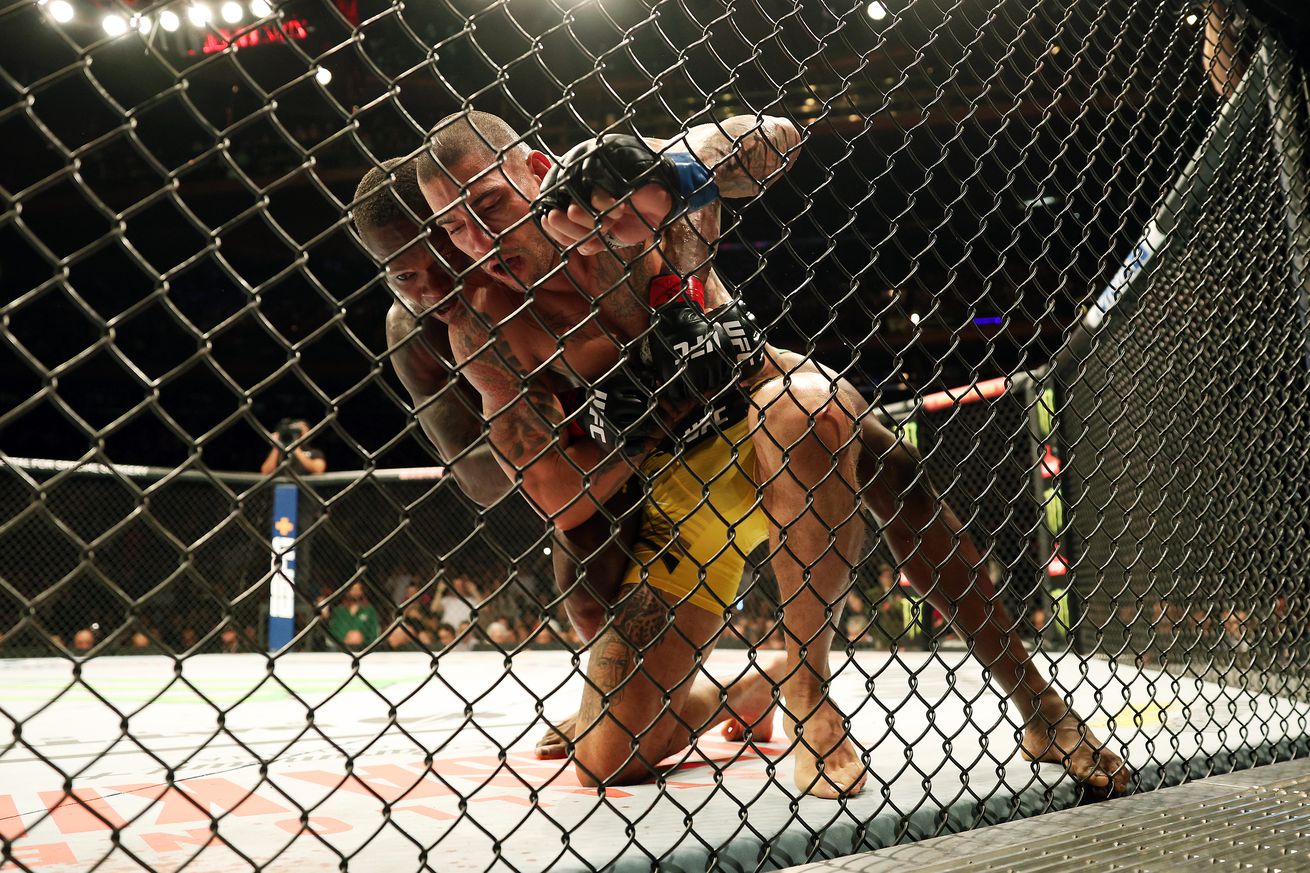 Torn ligaments in Pereira’s hand may have something to do with the kickboxer’s less than stellar performance on the ground against Israel Adesanya.

Alex Pereira won the UFC middleweight title at UFC 281, knocking out Israel Adesanya in the fifth round to become the new champion at 185 pounds. It wasn’t easy: Pereira had to dig deep to score a come-from-behind finish, because he wasn’t going to win on the scorecards. He also had to fight through a severe hand injury which he kept secret until now.

In a new interview with ESPN, Pereira revealed that he had torn ligaments in his right middle finger a month and a half before his fight and was unable to grapple through the end of his camp.

“I didn’t train very well for this fight. I could have been better,” Pereira said. “But I won, I became champion. A lot of people talk nonsense and don’t know what was going on. I [tore] the ligaments. I think I can come back better for this next fight.”

Pereira has taken a lot of criticism for the ease in which Adesanya took him down and controlled him with grappling at various points during their fight. Almost the entire third round featured “The Last Stylebender” bullying “Poatan” against the cage and on the canvas. Pereira simply didn’t have an answer to any of it and had to wait until the next round to reset. Will other fighters be able to do the same to him in the future? Perhaps not if his hand injury was the main reason he was compromised in those positions.

Other fighters probably won’t get a chance to fight Pereira before he rematches Adesanya for the fourth time. Alex told EPSN he was hoping to return in the spring or summer of 2023, and he expects it to be Izzy ... not that he cares much either way.

“It doesn’t matter to me whether he or another will come,” Pereira said. “If I were him, I would wait a bit, but since he wants to, he was the champion. If he really wants that, he deserves this rematch. It was a good fight. He hit me, he believes he can beat me. It doesn’t matter to me, I’ll fight.”

But when it comes down to it, Alex Pereira knows there’s still unfinished business with Israel Adesanya.

“If there are two people, Adesanya and someone else, and you say who I want, I’ll say ‘Adesanya,’” Pereira admitted. “Because he is him.”