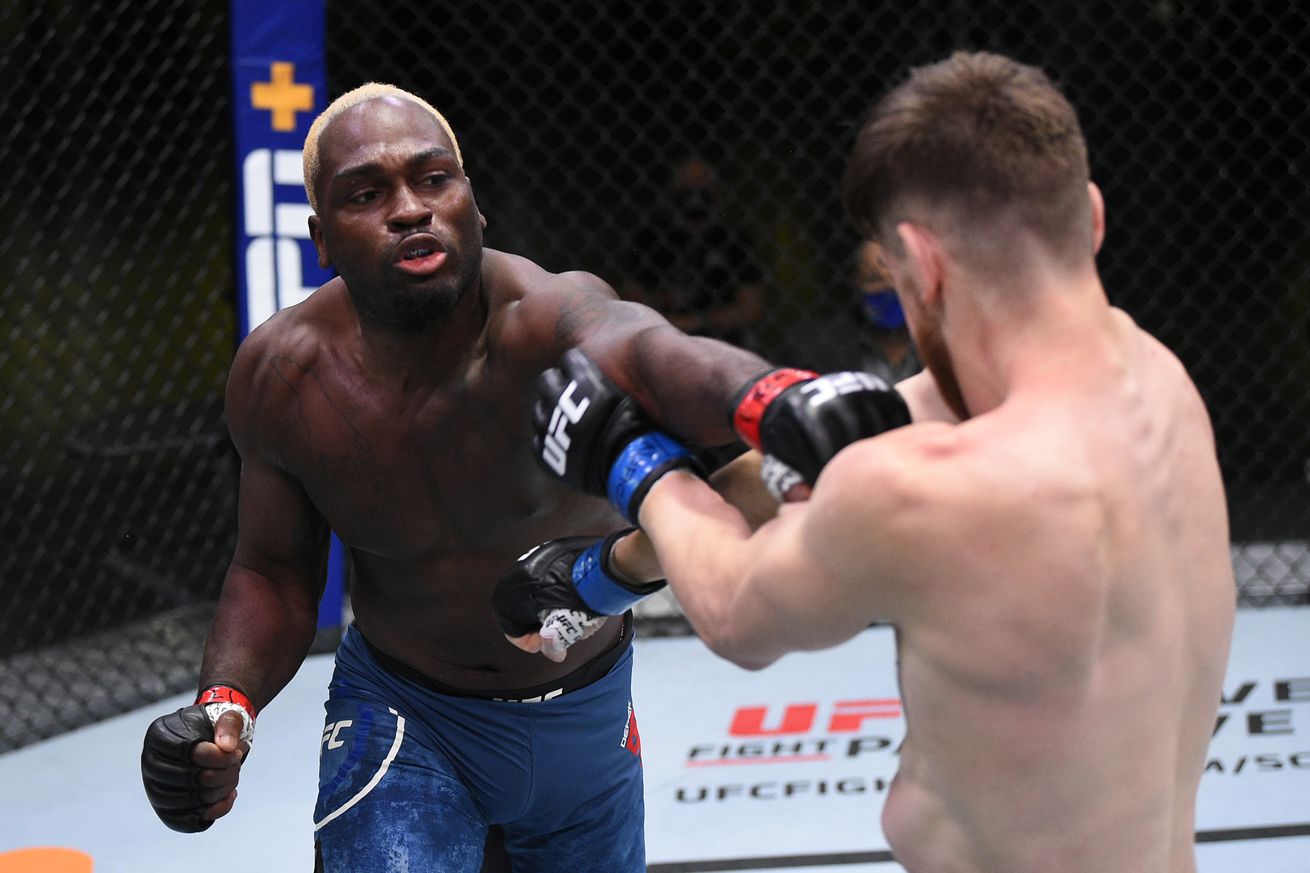 Shahbazyan started to tag Brunson early into the first before Brunson closed the gap and took the youngster down. Shahbazyan eventually returned to his feet to land a sharp elbow off the break. The two middleweights would exchange power shots in the center of the cage. Shahbazyan would land the more meaningful shots to close out the frame.

In Round 2, Shahbazyan landed a hard body kick that seemed to hurt Brunson. The veteran would respond with another takedown along the cage, but “Golden Boy” escaped once again. Shahbazyan would eventually go back to the body but Brunson countered with heavy shots in close. Brunson would earn a takedown along the cage and worked his way into mount. From there, Brunson would rain down heavy punches that rocked Shahbazyan. The young middleweight somehow survived as the final seconds of the round counted down.

In between rounds, referee Herb Dean had the doctor step in and check Shahbazyan. He was cleared to continue.

Brunson rushed Shahbazyan to begin the third and landed a few punches before another takedown along the cage. Shahbazyan had little defense left as Brunson landed the final shots that forced Dean to stop the main event.

Check out the finish above and the rest of the highlights below, courtesy of UFC/ESPN.

Time to put some respect on his name @DerekBrunson has something to prove. #UFCVegas5 pic.twitter.com/LIksRBqZNo

How does this one end? ⤵️ #UFCVegas5 pic.twitter.com/RfsQ0EkK3T

We continue to the third and final round. #UFCVegas5 pic.twitter.com/WXj8E65Hc4