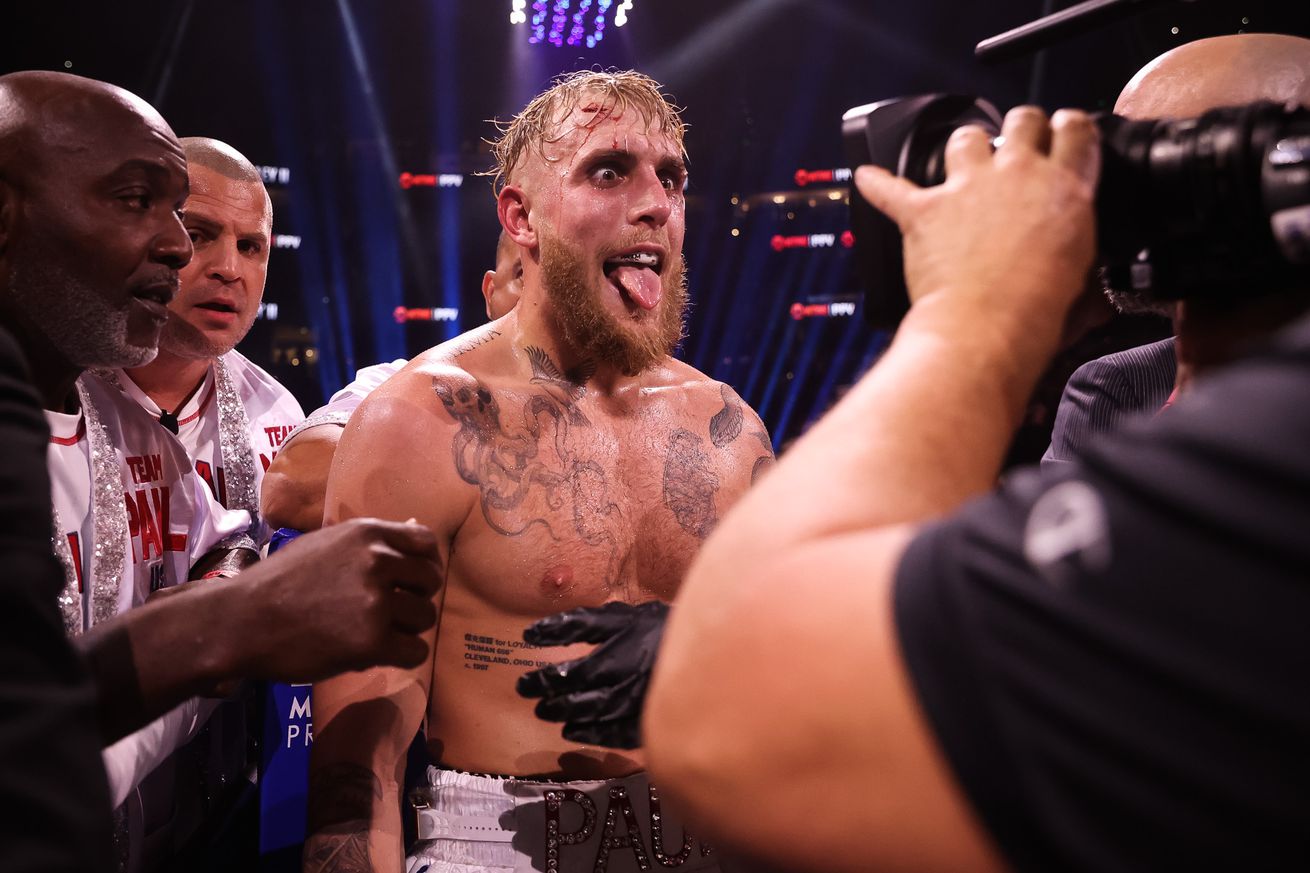 Jake Paul is tired of waiting on Tommy Fury to sign for a fight against him in August.

The YouTube star turned boxer took to Twitter on Wednesday to issue an ultimatum to Fury after negotiations have apparently stalled in booking the matchup for a proposed date on Aug. 6 with an event scheduled at Madison Square Garden in New York.

“Tommy Fury, you pulled out last year,” Paul wrote. “Then you agree to fight me now but your dad is trying to pull you out again?

“We’ve given you everything you asked for — $2 million purse, VADA testing, tampons. You have 24 hours to clear this up or I will never give you this opportunity again.”

Tommy Fury, you pulled out last year. Then you agree to fight me now but your dad is trying to pull you out again?

We’ve given you everything you asked for

All signs have been pointing towards Paul vs. Fury for some time now after the Ohio native teased his return to action in August.

Paul was originally scheduled to clash with Fury this past December but the British boxer and reality TV star was forced out due to injury. Ex-UFC champion Tyron Woodley served as Fury’s replacement and he ultimately suffered a brutal sixth-round knockout loss to Paul.

Fury ended up booking a different matchup in April where he moved to 8-0 in his career with a decision win over Daniel Bocianski in a largely uneventful six round fight that served as part of the undercard to his older brother Tyson Fury’s fight with Dillian Whyte.

Paul continued his rant in a separate post where he explained that he was told Fury wouldn’t travel to the United States for a fight without his father, John Fury in his corner. According to Paul, a press conference to officially announce the bout was scheduled for next week, which only added to his frustration about the delays in getting the fight signed.

“What’s the excuse? ‘Oh I can’t come and I can’t do it because my dad can’t be there with me during the fight,’” Paul said on Twitter. “Tommy, your dad has been banned from the United States for 15 years. You’ve known this the whole entire time. He’s a criminal. He’s not allowed in. When you fought Anthony Taylor in Cleveland, neither Tyson [Fury] or your dad were there with you in your U.S. debut. Now all of a sudden you need your team with you? That doesn’t make any f****** sense.

“You’re scared. You claim you’re a professional boxer but you don’t want to make the fight with me? Who you’ve talked so much s*** about? Who you say you will spark? Who you say I’m nothing compared to you? Where’s all that s*** talk now, Tommy? You’re a f****** atypical professional boxer who doesn’t want to actually make this fight f****** happen. This is the biggest opportunity of your f****** life and you’re fumbling the f****** bag once again and I can’t believe how f****** stupid you are. F****** idiot.”

Tommy Fury and boxers like him are the reason this sport started to die. Tommy, you have 24 hours to fix this. pic.twitter.com/JZFh6VAiGo

For his part, Fury answered the challenge but there’s no word yet if a deal has been inked.

As much as Paul has been preparing for a boxing match against Fury, he also recently teased his interest in a fight against Nate Diaz, who is desperately trying to finish his UFC contract with only one bout left on his deal.

Based on the buzz around that potential matchup, oddsmakers at Sportsbetting.ag actually released odds on a fight between Diaz and Paul.

As it stands, Diaz would open as a sizable favorite at -210 with Paul as the underdog at +170.

It remains to be seen if that fight actually comes to fruition in 2022, especially as Diaz continues to wait on the UFC to book him again so he can finish out his contract.

As far as the Fury fight goes, Paul seems adamant that he’s done waiting and he’s hoping to reach some kind of resolution sooner than later to get that deal completed for Aug. 6.

The fight is on. August 6th. Forget a team or any other bullshit. I don’t need anybody to help me lay you flat on that canvas. Oh and thanks for finally signing the drug testing… you only agreed to it when you realised the fight was at risk - who needs who https://t.co/bt6CL24HNh