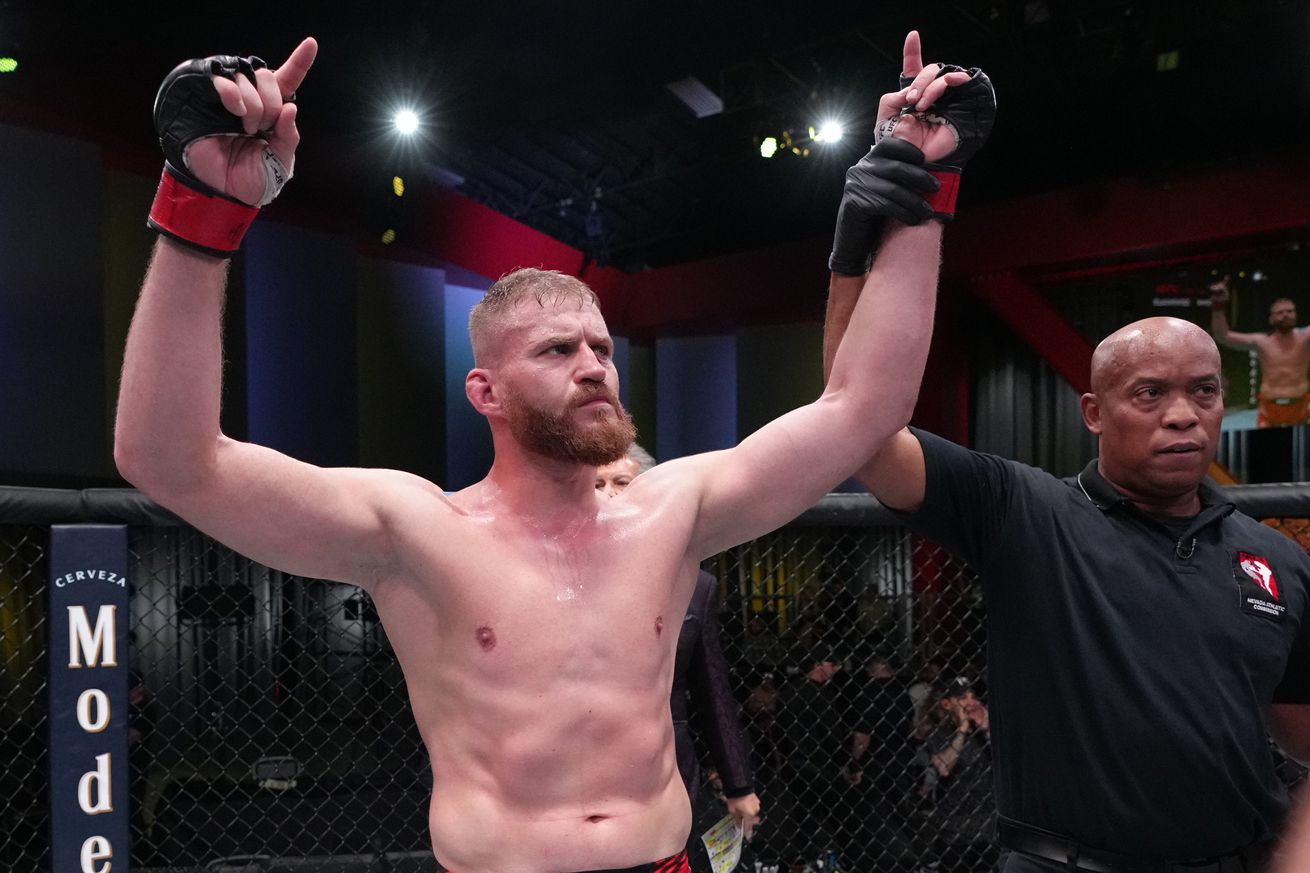 Jan Blachowicz was the last person to find out that he was fighting for the light heavyweight title.

Last week, the now former UFC light heavyweight champion Jiri Prochazka was forced out of his scheduled title defense against Glover Teixeira at UFC 282 due to injury that is expected to keep him sidelined for the foreseeable future. As a result, Prochazka vacated his title and the previously planned co-main event bout between Blachowicz and Magomed Ankalaev was moved to headlining position, with the undisputed title now on the line. And while he’s very happy with the opportunity, Blachowicz, who was flying to Las Vegas at the time everything happened, says he had no idea he’d be fighting for the belt until after the deal was already done.

“I didn’t know nothing,” Blachowicz told Ariel Helwani on The MMA Hour. “I got off the plane, I get wifi in the airport and my phone is shaking all the time, ringing. I’m like, ‘What happened? Something happened.’ I already know that something happened because [I have] too many messages. Of course, first I check from my manager — also she’s my fiancée — and I read the message and I have to read it four or five times because I don’t understand. I don’t believe what’s happened, what she wrote to me. I showed the message to my coaches, ‘A title shot. It’s happened.’ Later I called to her and said, ‘Hey, you’re not joking with me? It’s true? We’re really going to fight for the title?’ ‘Yeah,’ and she told me the whole story. Literally, I knew nothing. I was the last person to know that we were going to fight for the title.”

Though Blachowicz ultimately got the title opportunity, he was not the UFC’s first choice. Reportedly, Teixeira first got the offer to fight Ankalaev for the vacant title, but he refused given the short notice, offering instead to face Blachowicz at UFC 282, as the two men had already fought before. The UFC shot that idea down, turning instead to Blachowicz. The possessor of the “Legendary Polish Power” doesn’t know why the UFC wasn’t interested in a rematch between the two, but says he would have like that fight just as well.

“I also would like to do this rematch,” Blachowicz said. “It’s one rematch I would like to do, [and] every fight that I lost. This is something that hurts me, because I believe I can fight much better than our first fight and I believe I can beat Glover. But it is what it is. Maybe the UFC... just wanted to do something new. Also, Ankalaev has how many wins in a row? He deserves to fight for the title.”

Ankalaev certainly does. The 30-year-old Dagestani fighter is 18-1 in his MMA career, with his lone loss coming in the literal last second of a bout he was comfortably winning. 9-0 since that setback, including a win over Thiago Santos — who defeated Blachowicz — many fans view Ankalaev as the future of the light heavyweight division, and Blachowicz knows just how good he is.

“Very good fighter. Young fighter. A lot of wins in a row,” Blachowicz said. “It’s going to be a tough opponent for me, but everybody is tough in the UFC. I’m ready for him. I’m ready for what he’s got for me. We trained for him. We know his weaknesses, we know his best weapons, and I have to just do my best inside the octagon.

“He fought with very good guys, with top fighters. He fought with the fighters who beat me, so he’s very good and I need to be careful for everything, knockout punch power, good wrestling, good control on the ground. I’ve got a lot of respect for him, but in a way, I go to this fight with the win in my head, always.”