John Hackleman retires from cornering after trying to call off Glover Teixeira vs. Jamahal Hill at UFC 283 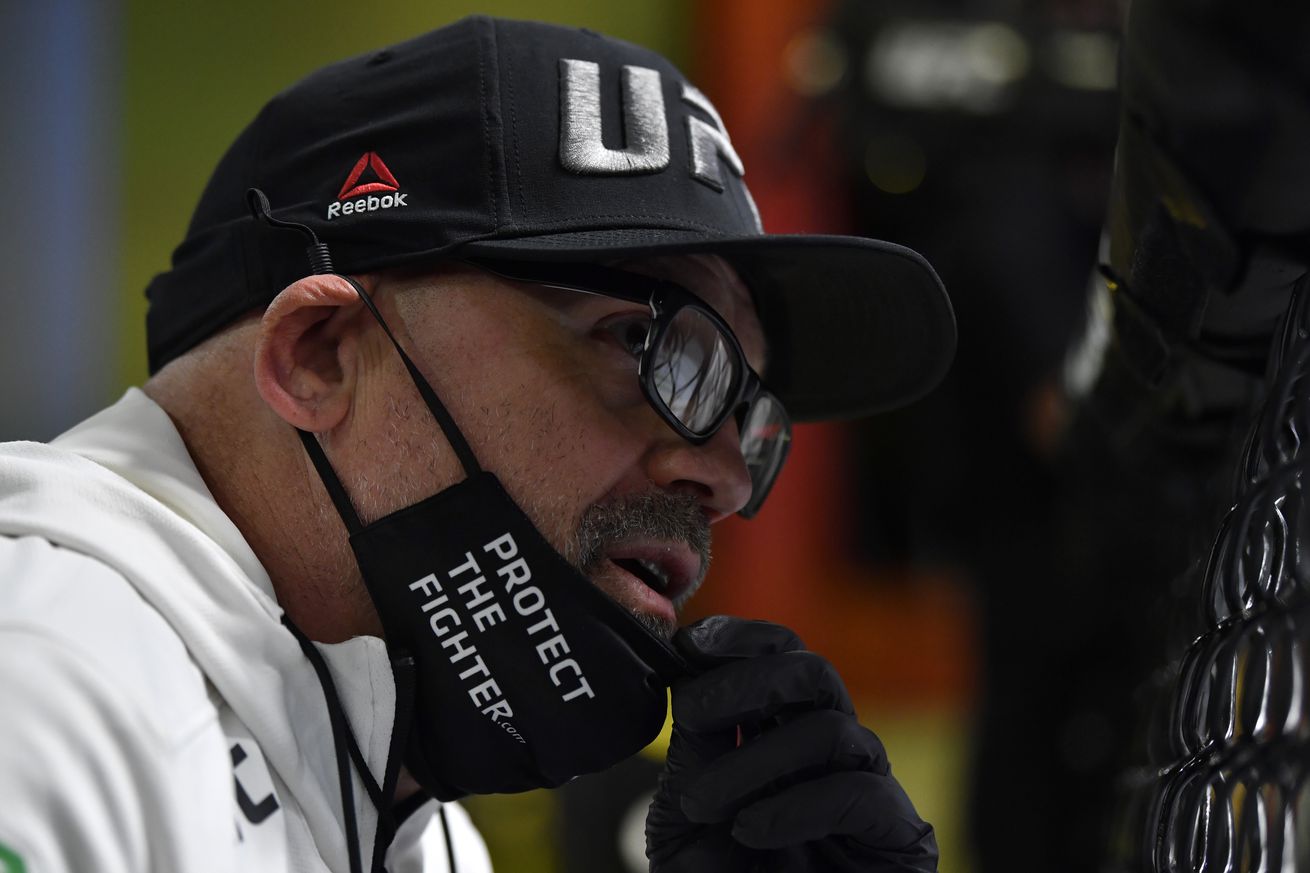 John Hackleman wanted to stop the fight between his longtime student Glover Teixeira and Jamahal Hill after the fourth round of UFC 283’s headliner. Were he the chief corner, referee Marc Goddard would have listened to him and waved off the action in favor of Hill.

“I’m a known fight-stopper in between rounds,” Hackleman told MMA Fighting. “I’m kind of known for that, maybe a little too much at times. But I thought this was a good time to stop it. I was outvoted in the corner.”

Hackleman, the owner of The Pit Hawaiian Kenpo Karate academy and coach of former light heavyweight kingpin Chuck Liddell, said he wasn’t in Brazil for much more than moral support as Teixeira’s third corner. He hates cornering fighters – the travel, the nerves, the dressing room, the life-or-death decisions – despite five decades of experience as the voice of reason between rounds. But six months earlier, he said Teixeira had made a special request: one last fight.

For the audience, it was something out of the ordinary in a sport where corners are by in large the last to intervene. For Hackleman, it was nothing unusual. In 2006, he threw in the towel at the first big punch Cesar Gracie took against Frank Shamrock. He said he once stopped a fight when he was in the audience.

“I just don’t like to see guys get any kind of beatings or brain damage,” Hackleman said. “I’m just real quick on the gun.”

At UFC 283, it turned out that not stopping the fight was the right call. Teixeira almost immediately took the action to the canvas, where he was expected to take Hill all along, and aside from a short pass of standup striking, the final round of the championship fight was far less damaging than the first four. He didn’t win, but he wasn’t further brutalized.

“I’m thankful they didn’t [stop it],” Hackleman said. “I know this wouldn’t have gone well with anyone. It would have made a lot of people really unhappy, and I don’t want it to be about me. I would have thrown it in after the third. I would have been completely happy with the fight stopping there. I saw no reason for it to go on after that.”

Hackleman knows well the incentives not to intervene when a fighter is taking unneeded damage. When there’s a title on the line, a career can hang on one decision. He doesn’t regret his decision in the moment. He’s thankful Goddard took the consensus vote in Teixeira’s corner. But he estimates he would have done the same thing again.

“When my fighters fight, I can’t put myself in their place,” Hackelman said. “I wish my trainers would have stopped a couple of fights earlier. They never stopped fights back in the day, especially boxing. I love these guys. ... But it’s also not good for them.”

Hackleman admits he can’t stop himself even if it benefits his fighters. The guy who he wanted to save all those years ago wound up knocking out his opponent – after the referee figured out that a local kickboxing instructor had fooled him from the stands.

“I’m sure I’ve taken away a lot of potential wins,” he said. “Imagine if [Jiri Prochazka’s] corner threw in the towel in the middle of the fifth round [against Teixeira]?”

At UFC 275, Teixeira was on the way to winning his first title defense against Prochazka before the now-former champ turned the tables in spectacular fashion. Had the fight been called off, Prochazka wouldn’t have cinched an incredible fifth-round submission.

That fight, and a series of unfortunate events that denied the world Prochazka vs. Teixeira 2, set in motion a chain of events that put Teixeira in front of Hill at UFC 283. There would be no last-minute comeback for Teixeira, only five more minutes of survival. Hill, a 2019 Contender Series signing, captured the vacant light heavyweight title via decision to notch the biggest win of his career.

With a little assist from hindsight, Hackleman said the result was the best possible outcome. Teixeira got to fight to the very last second for his dream of retiring at 43 as the UFC light heavyweight champion. He said Teixeira has left the sport with his finances set and his facilities intact. The next morning, the veteran fighter was in good spirits despite a mangled face.

“He’s smiling, telling everyone he’s fine, even though you could tell he wasn’t,” Hackleman said. “[He said], ‘I’m so good right now. I love life! I love this!’ But he was saying it with a little less. ... His mouth wasn’t moving as much, that’s for sure.”

As Teixeira went out fighting, Hackleman will step away from his cageside seat. He will train future fighters, but he plans on having a little ceremony at The Pit soon. He will lay his striking mitts on the center of the mat to signify the next phase of his martial arts journey.