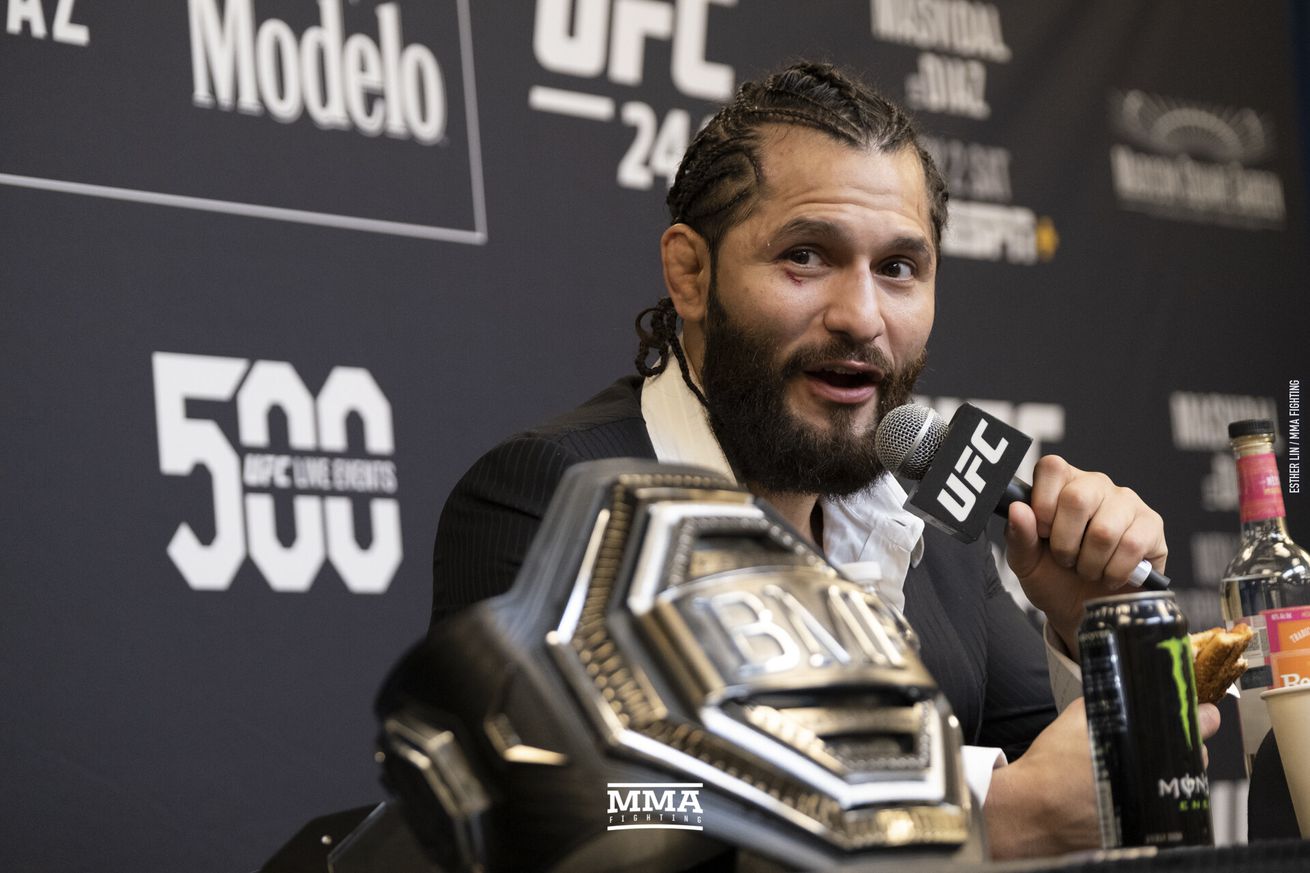 “Gamebred” has talked about wanting to fight McGregor in the past and he’s still interested in making that bout happen, but he believes it has to happen soon before McGregor’s rock star lifestyle potentially gets the better of him.

“Obviously, before this guy overdoses on cocaine and then the fight never happens and I don’t get to make all that easy money, I just want to break Conor’s face,” Masvidal said in an interview with Blockasset. “Let’s get that paycheck, let’s get that out of the way, selling the most pay-per-views ever before this guy does harm to himself or somebody else. I just, like, boom, get that check real quick because I got kids, right? I need the f****** money.”

Currently, Masvidal is dealing with his own outside-of-the-cage issues as he is currently embroiled in a lawsuit with rival Colby Covington after he was charged with aggravated battery with great bodily harm and criminal mischief following an alleged attack on Covington in Miami Beach, Fla., this past March.

McGregor has been embroiled in multiple legal battles over the past few years, including two separate accusations of sexual assault and arrests in Florida and his native Dublin related to public physical altercations. He remains one of MMA’s biggest attractions and opponents have been lining up for his return as he recovers from a broken leg suffered in a fight with Dustin Poirier in July 2021.

Masvidal was asked if he would put his one-of-a-kind “BMF” title on the line against McGregor should his opponent request it and he answered that it was a possibility for the right price.

Should the McGregor bout not materialize, Masvidal also expressed interest in a bout with Gilbert Burns or a rematch with Stephen Thompson.

There’s also an outside chance that past Masvidal rival Leon Edwards upsets welterweight champion Kamaru Usman at UFC 278 in August, and if Edwards were to offer Masvidal the chance to settle their beef in a title bout, he would jump on that opportunity as well.

“That’s another intangible,” Masvidal said. “Am I going to say no to fighting for the title? Hell no. I’ll get my ass in shape and get ready for this f****** hooligan and give it all I got to break his face. There’s a lot of intangibles, a lot of things that can happen. I could be getting ready for No. 10 of the world and then all of a sudden I’m fighting for the world championship.

“Remember, I’m Jorge Masvidal, I’m the same guy that took that world championship fight on six days’ notice in the middle of the [Coronavirus] pandemic, flew all the way across the world to throw down that fight. What I’m telling you is I don’t even know what I’m going to do myself. I’m unpredictable like that. I’m going to go with the best options all the time.”

Even with all of the uncertainty surrounding his current legal case and the plans of his welterweight peers, Masvidal is adamant that he will book a fight before the end of 2022.

“I would say I would love to be [at Madison Square Garden] in December,” Masvidal said. “It’s a strong possibility, November, December. Definitely going to fight this year, no matter what. I don’t want to talk too much about it, but as you know I’ve got some problems and stuff that I’ve got to deal with. But I’m gonna be in there.”