Julianna Peña explains lack of trash talk at Amanda Nunes on TUF 30: ‘Why kick a dog when it’s down?’ 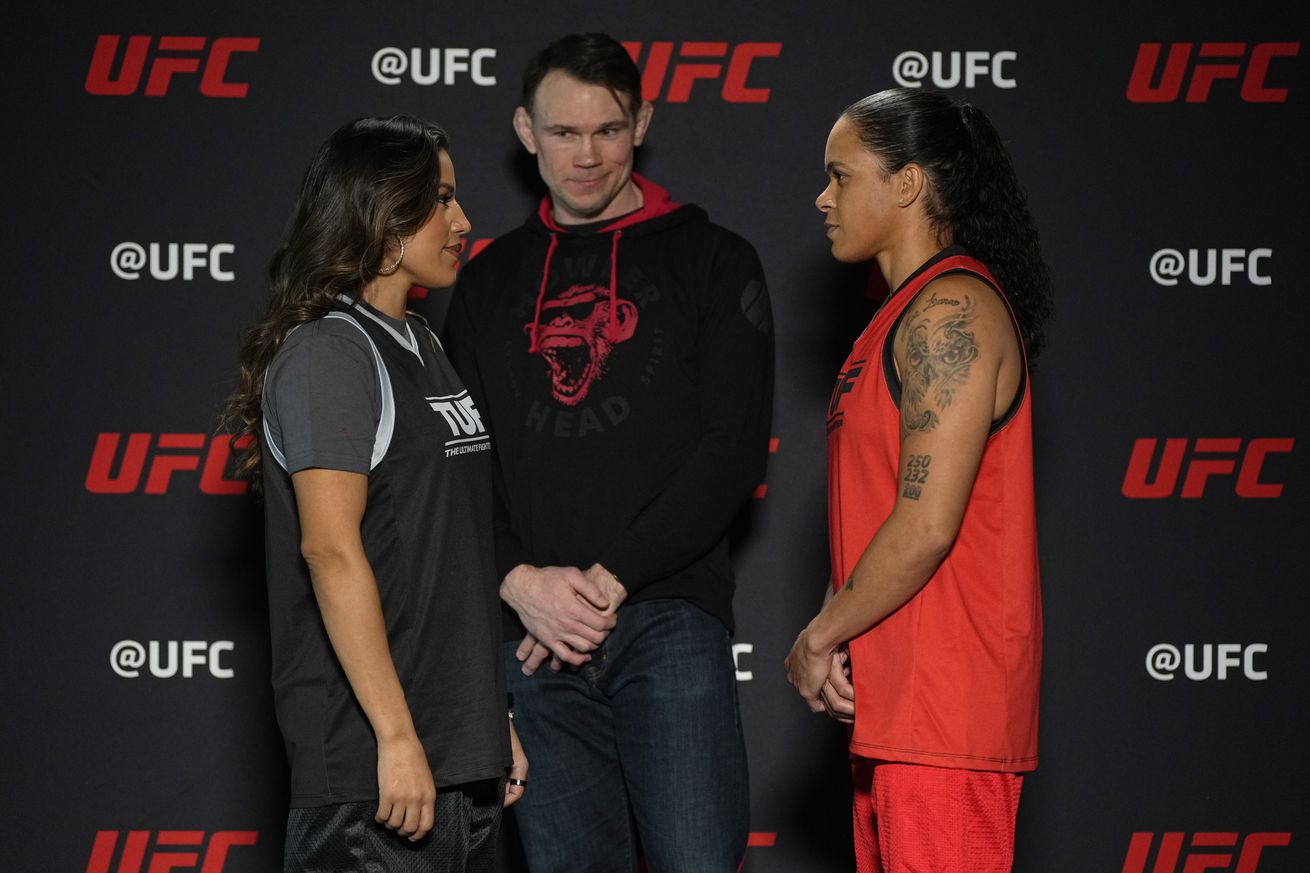 Julianna Peña has a massive rematch with Amanda Nunes ahead of her and that’s all the drama she needs.

The UFC bantamweight champion puts her title on the line against Nunes — the woman she defeated in a thrilling upset at UFC 269 this past December — on July 30 at UFC 277 in Dallas. Peña and Nunes served as opposing coaches on The Ultimate Fighter 30, which is currently airing on ESPN+.

In a recent interview with MMA Fighting, Nunes wondered why Peña didn’t seem interested in engaging in trash talk during the filming of the show. In response, Peña told MMA Mania that she didn’t feel the need to rub salt in the wound after beating “The Lioness” in the octagon.

“All the other stuff that she said, like, oh, I didn’t s*** talk and I was trying to get people to want to like me or something like that, I’m like, no, I’ve done the show before so I kinda know how the production goes,” Peña said. “But with that being said, I already beat you. You hadn’t been submitted, you hadn’t been stopped, you had this title reign of the GOAT and you got embarrassed, and you got so frustrated that you fired your entire team. You quit your gym that you’d been at for 10 years. You had to go see a sport psychologist. Like, why kick a dog when it’s down? That’s just not my style, that’s not my character, and I already know how much it hurt her. I’m not trying to pour salt on the wounds. She wants me to burn the church down too, it’s like it’s good, you know what I mean? I already did my trash talking in the ring. There’s nothing really more for me to say.

“Not to mention if you watch the season, I’m killing her!” Peña continued. “They can’t string a couple wins together to save their lives, she’s just literally not winning on the show either. What more do you want me to say? I feel bad. Not to say I’m going to hold back by any means in the rematch but it’s just [that] I don’t want to be this cocky arrogant prick, that I’m just constantly poking you while you’re down. That’s just not who I am. Most people would be thankful but she wants me to razz her.”

Following the first eight episodes of TUF 30, Peña had the edge over Nunes in quarterfinal wins with five of her fighters advancing to the next round versus three for Nunes.

Another matter that Peña addressed is why her pre-fight approach to their fight is so different than how she’s handling the build to the rematch. Peña aggressively pursued a fight with Nunes, who was in the midst of a six-year undefeated run, but insists that she was more focused on promoting herself than bringing down her rival.

“That’s not me s*** talking, that’s just me bringing to light what has happened to me and my career. So she was saying that I was s*** talking but it was like everything I was saying was actually a fact and something that has been factual for me and my career and the way that it’s played out for me. So, I wasn’t talking s***, it was just my truth.”

For her part, Peña appeared to shrug off any attempts from Nunes to antagonize her on the show. However, she takes umbrage with how Nunes handled her championship loss, accusing Nunes of not giving her proper credit.

“I said I was going to do this and then I went out and I did it and you’re still not accepting it. Possession is nine-tenths of the law, this belt is mine so come and get it. You want this? You want me to drop my swords? Come and take ‘em. I’m ready.”