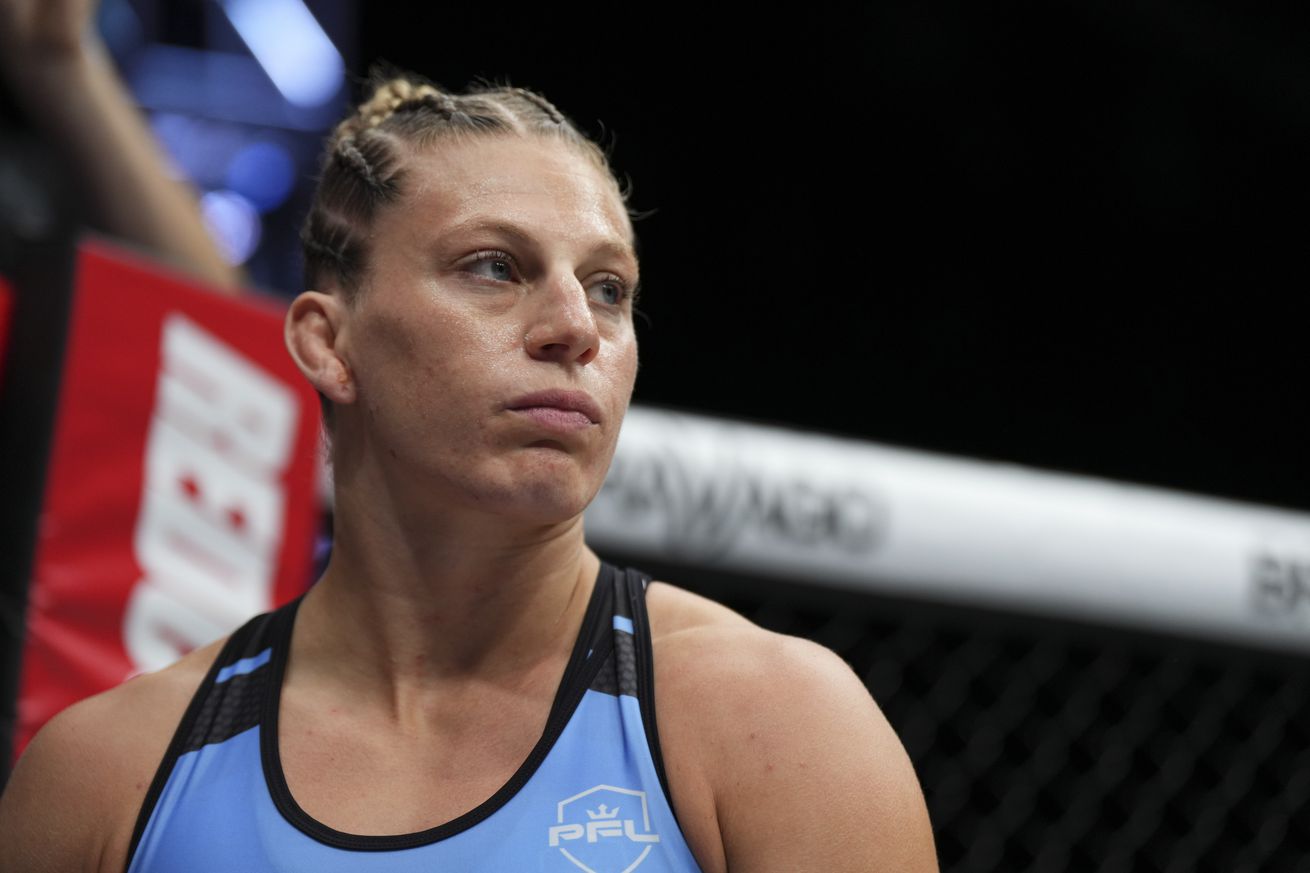 Kayla Harrison will again have the opportunity to field offers from potential suitors after she becomes an unrestricted free agent in 2023.

The two-time Olympic gold medalist and two-time PFL champion on Wednesday revealed she has a total of three fights left on her current contract, including her scheduled bout with Larissa Pacheco on Friday at the 2022 PFL World Championships. Following that fight, she will have two bouts remaining on her deal, but afterward, she will have complete autonomy to choose where she competes next.

“I think [the contract] ends sometime in 2023. It ends immediately. So there’s no matching, no restriction, no 30 days, nothing.”

When Harrison previously hit free agency in 2021, she was still under a deal with the PFL that allowed the promotion to match any other offer she would receive.

Harrison had a lucrative contract offer from Bellator MMA, but the PFL opted to match the terms, which led to her return to the organization. She’s since won three straight fights, and her fourth is scheduled for Friday in New York City.

It appears this time around that Harrison will have the chance to pick and choose who she signs with, though that doesn’t mean the PFL is out of the running. That said, she’s already confirmed she’s not returning to the PFL tournament format in 2023, and she wants the fights that will help her define her legacy as the greatest women’s fighter of all time.

“There are multiple paths to greatness, but I’m not there yet,” Harrison said. “I haven’t been given the opportunity yet. I haven’t proven it but I believe I’m ready. I believe I can beat [everybody].”

It’s no secret that Harrison has targeted a future showdown with Bellator champion Cris Cyborg as a matchup that could put her in the conversation of the best in the sport. But it remains to be seen if that fight will happen.

These days, Cyborg’s attention is on boxing with her professional debut scheduled for December. She has also hinted at returning to Bellator to defend her title against ex-UFC fighter Cat Zingano.

Harrison still hopes for the chance to face Cyborg, though that’s the least of her worries right now.

“You know who we want,” Harrison said hinting at Cyborg. “Ask me on November 26. I don’t give a s*** until Saturday.”

Harrison’s fight against Pacheco serves as the main event on the first ever PFL pay-per-view, which airs on ESPN+ at a $49.99 price tag.

According to Harrison, she wasn’t consulted about the timing of the pay-per-view, and she’s not earning any extra money from potential sales. But she had an issue with how it all came together.

“I’m annoyed slightly,” Harrison explained. “No [cut of the pay-per-view]. Obviously, I’m not a member of the board or a decision maker, but what does Cyborg keep saying? ‘Let’s see if she sells pay-per-view.’ So from a personal standpoint, it’s a little frustrating to me that they make the first pay-per-view fight a fight that I’ve already had twice, and they only give it like a month to sell. I would have liked to promote it better.”

Harrison hopes that regardless of her two previous wins over Pacheco, fans will still want to see her put in work in the third fight.

“I have a job to do on Friday night,” she said. “My job is to get in the cage and fight. To go out and cement my legacy, to continue on that path, and I hope people will tune in to see greatness in the making. I’m not there yet. We all know I’m not there yet, but I promise you that I’m going to get there, and when I do, you’re going to want to have witnessed all of it.