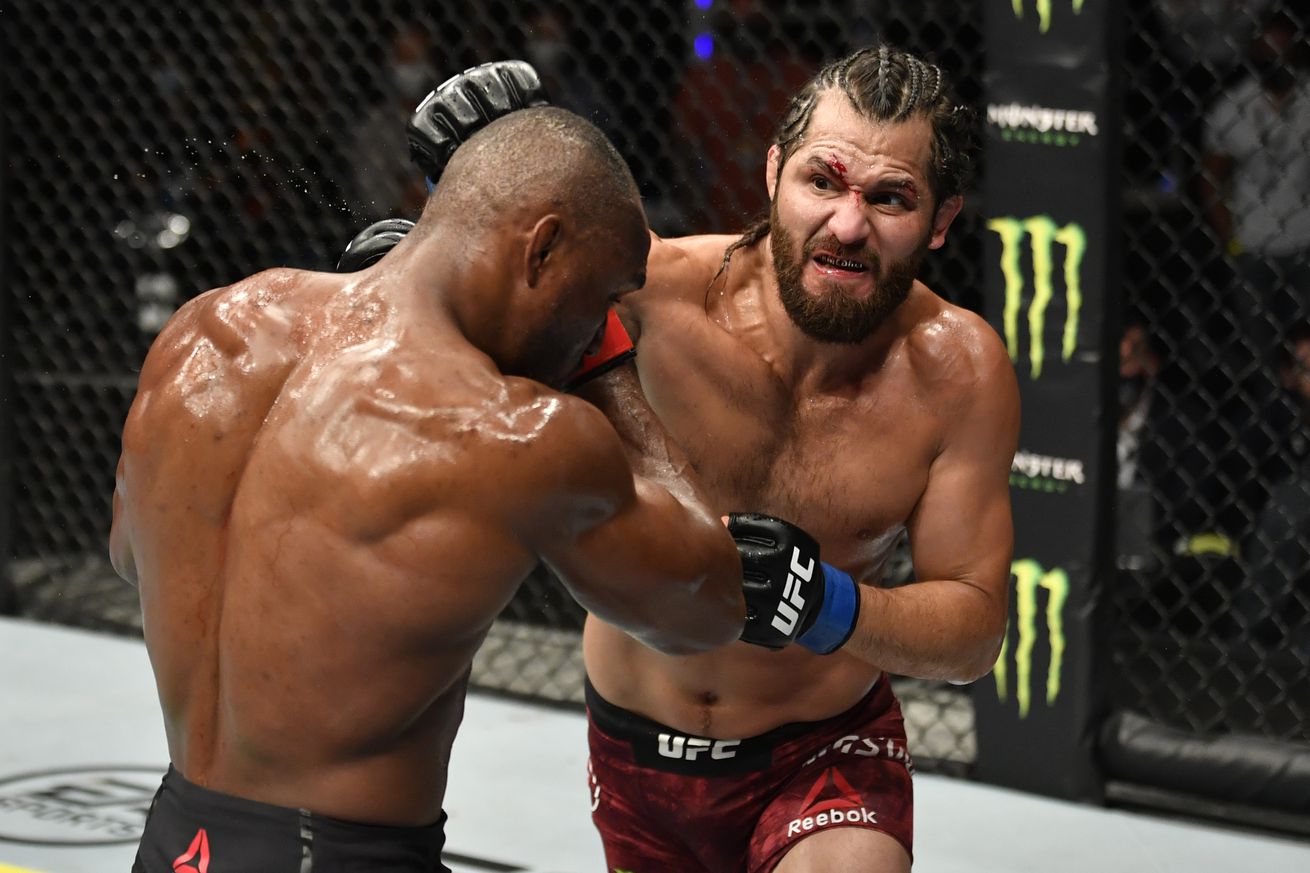 Even with his new level of superstardom, we doubt Jorge has the clout to pull this off. But can’t blame a gangster for trying.

Kamaru Usman vs. Jorge Masvidal was the perfect main event for the debut of Fight Island.

Like Fight Island, it was something with a ridiculous amount of hype that could never live up to the expectations people had for it going in. The idea of it was way more fun than the reality. And for those of you who didn’t buy the wolf tickets, it went exactly like you predicted: Masvidal had approximately five minutes worth of cardio, resulting in twenty minutes of Usman pushing him up against the cage and potshotting him with point punches.

But if only Masvidal had a proper camp! If only Masvidal hadn’t had to cut so much weight so quickly! Things might be different! Hell, things would undoubtedly be different. Them’s the new wolf tickets being sold by Jorge himself, who continues to campaign for an immediate rematch against the welterweight champ.

6 days. 20 pounds. Flew to Vegas. Vegas to Abu Dhabi. Fought the champ. Created the damage. He’s out for a minute. I’ve been ready since I got back. Time to move the division forward. Your move #supernecessary

“6 days. 20 pounds. Flew to Vegas,” Masvidal wrote on Twitter. “Vegas to Abu Dhabi. Fought the champ. Created the damage. He’s out for a minute. I’ve been ready since I got back. Time to move the division forward. Your move #supernecessary”

To bolster his claims he went ahead and retweeted a bunch of people who agreed with him, just more evidence he’s turning more and more into Conor McGregor on social media by the day.

rematch goes differently. dude edged out a win. the next foot stomps that happen will be ones where you stomp on his head. no doubt KO.

Loved to have seen that fight on a full camp

It was boring because of Usman, and he still managed to break his nose, even though he was being hugged the whole time.

Would love to see @GamebredFighter fight again this year on a full camp.

Whether that's against Usman or not, seeing him fight is always... well, #SuperNecessary pic.twitter.com/vNrtb068Zy

Hey, let us agree with that last tweet. We’d love to see Masvidal back in the cage by the end of the year.

The obvious opponent in our mind is Leon Edwards: stylistically, it nearly guarantees the kind of firefight everyone’s been waiting for since the Nate Diaz fight. They’ve got beef. And for Masvidal, a win over Edwards would put him back into legitimate title shot position. All this no camp big cut last second talk is all right, but without another body on his resume it simply isn’t going to happen.

As Jorge and his many fans love to say ... it’s super necessary.