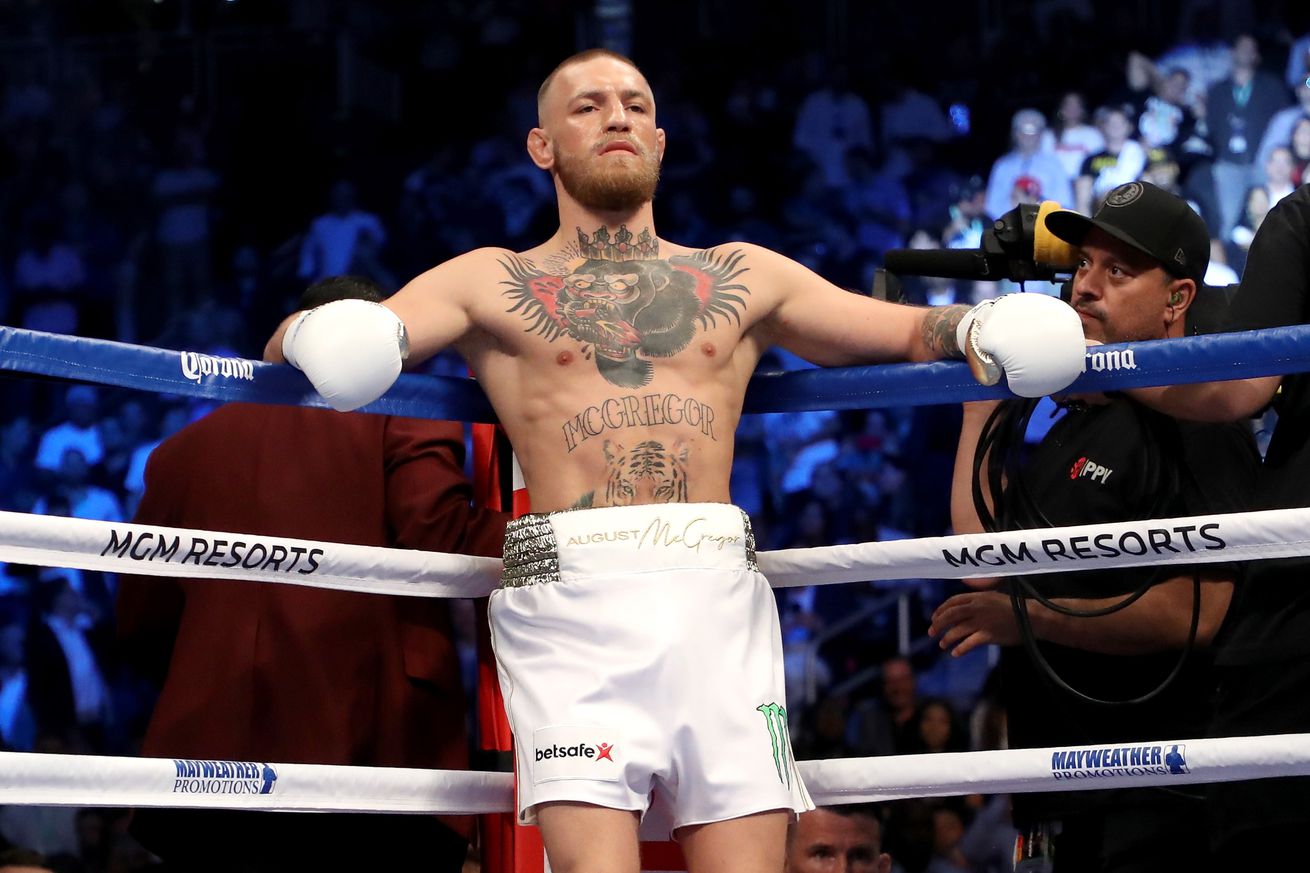 Conor McGregor may not be interested in fighting Khamzat Chimaev after all. Instead, the former UFC champion is dropping hints that he’s open to a boxing match with legendary fighter Manny Pacquiao.

Earlier this week, Chimaev, one of UFC’s fastest rising stars, took aim at “Notorious” and suggested the two meet inside of the Octagon. McGregor then tweeted out “I accept” and the entire MMA world lost its marbles. UFC president Dana White didn’t seem too interested in booking a McGregor vs. Chimaev fight, but was convinced McGregor’s tweet was in response to the Russian’s challenge.

On Friday, ESPN’s Ariel Helwani reported that he spoke to McGregor and the former UFC champion confirmed his “I accept” tweet was not targeted at Chimaev, but instead someone else. Helwani states that McGregor did not reveal who the message was meant for.

Spoke to @TheNotoriousMMA briefly today. He confirmed that his 'I accept' tweet was not about Khamzat Chimaev, despite what was said earlier today. He declined to further elaborate what it was actually referring to, though.

That has left MMA fans to draw their own conclusion. While that is typically an unpredictable and strange road to travel, McGregor helped fans out a little bit by tweeting “I accept” in Filipino. It could mean anything, but it does look like McGregor is hinting at a potential clash with Pacquiao.

This wouldn’t be the first time the former UFC champion has been linked to a potential clash with “Pac-Man.” Back in 2017, following McGregor’s boxing superfight with Floyd Mayweather Jr, Pacquiao stated that he was in talks for a bout with “Notorious.” The matchup never materialized and the two made headlines again earlier this year when McGregor suggested an offer to fight the former boxing champion was on the table.

In addition to all of the past rumors involving a potential superfight between the two, Pacquiao recently signed with McGregor’s management team, Paradigm Sports Management, earlier this year. That puts the two combat stars under the same roof and closer than ever to getting a potential deal done.

With McGregor retired from MMA and UFC president Dana White unlikely to sign off on another boxing superfight involving “Notorious,” fight fans really don’t know what to make of these recent “I accept” tweets. Maybe it’s a ploy for McGregor to stay relevant during retirement. Maybe he’s serious and looking to stay busy in boxing until the right UFC fight comes along. Anything is a possibility at this point.

What say you, Maniacs? Do you think a McGregor vs. Pacquiao boxing match could ever get done?