Midnight Mania! ‘I Have Missed It Tremendously’ 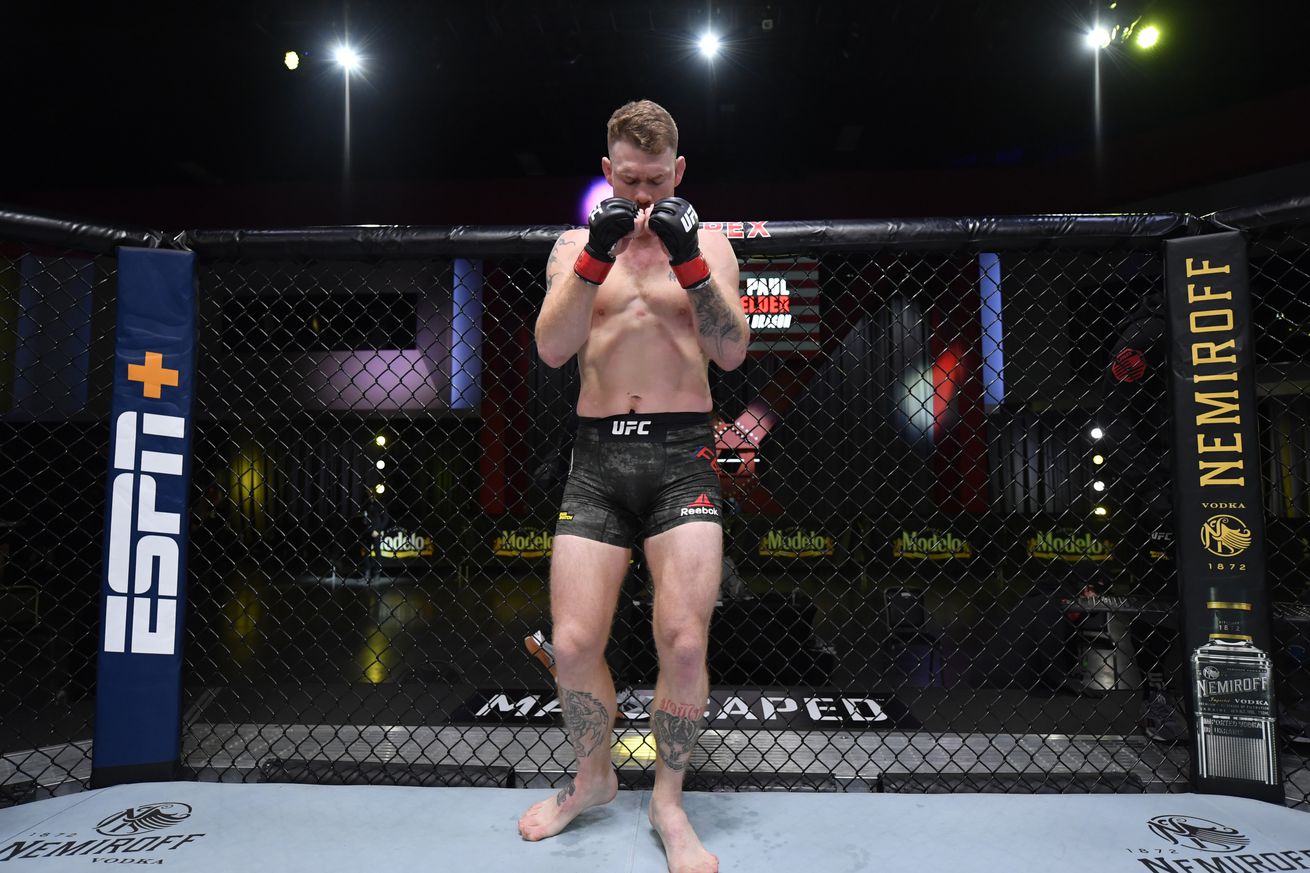 2020 was a difficult year for Paul Felder. Riding the best wave of momentum of his career towards the title mix, Felder left it all in the Octagon in a five-round war vs. Dan Hooker. It was a tremendous effort, but Hooker was awarded the split-decision victory, leaving Felder understandably heartbroken and unsure of his future at 36 years of age.

Felder was considering calling it quits already, training for triathlons and working on his mic skills as part of the commentary team. Then, he made the heroic move of accepting a fight vs. Rafael dos Anjos on extraordinarily short-notice, but the end outcome was the same: another split-decision loss.

As a result of those defeats and a lack of “burning desire” to compete, “The Irish Dragon” announced his retirement back in May. However, Felder revealed to fellow commentator Brendan Fitzgerald that he’s recently been considering a return to action.

“Truthfully, for the first time in a very long time since retirement, I feel like since the triathlon season has slowed and there’s not a lot of races, that I’ve really kind of had a chance to reflect on that it’s over, that I’m not fighting anymore,” Felder said (via Adam Martin). “I have missed it tremendously. I’ve started hitting pads, I’ve started doing stuff. Now, that’s not to say that I’m making some comeback. But I’m definitely going home, I want to train with Sean Brady and the guys a little bit. I want to see how I feel after a week of training with guys like Sean Brady, Jeremiah Wells, Pat Sabatini, and Andrei Petroski — these guys that are all Philly guys in the UFC now — kicking my ass, and then we’ll go from there.”

Prior to the “RDA” fight, Felder did sign a multi-fight deal with UFC, so we know where Felder will compete if he does indeed make the walk at least once more.

Would you like to see Felder back in the Octagon, and if so, vs. what opponent?

Did Deontay Wilder make a huge mistake in failing to stay in his corner? I think Tyson Fury gets up either way, but an extra few seconds of recovery can make a big difference.

I love ya DC, but you have to know the rules before saying the ref was wrong, Unified Rules of Boxing state“Keep an eye on the standing boxer and make sure he stays in neutral corner. If boxer comes out, STOP THE COUNT, put boxer back into neutral corner and then resume counting” https://t.co/MSEO1PA0SN

Khamzat Chimaev is so 2020, we’re on the Loopy Goodinez hype train now y’all.

Loopy Godinez will have the fastest turnaround in UFC history when she steps into the cage this weekend at #UFCVegas40 pic.twitter.com/IraPGUrNYO

Justin Gaethje is coming into his fight vs. Michael Chandler with a major chip in his shoulder.

Another UFC Heavyweight will be on the sidelines for a couple years after a failed drug test.

Brandon Moreno is living it up as champ!

This is a genuinely badass squad of Flyweights, but it’s the peak of unintentional hilarity.

We are here to reclaim what’s ours! @stipemiocic can’t wait for your arrival. #andnew pic.twitter.com/sGJIupZTTY

High kick on the break!

This is a super slick guillotine setup! Normally, you only see this style of power guillotine when defending the single leg takedown.

This clip has me imagining all the various ways gis would change grappling in MMA.

The food chain at work.

A post shared by The Dark Side of Nature (@thedarksideofnature)