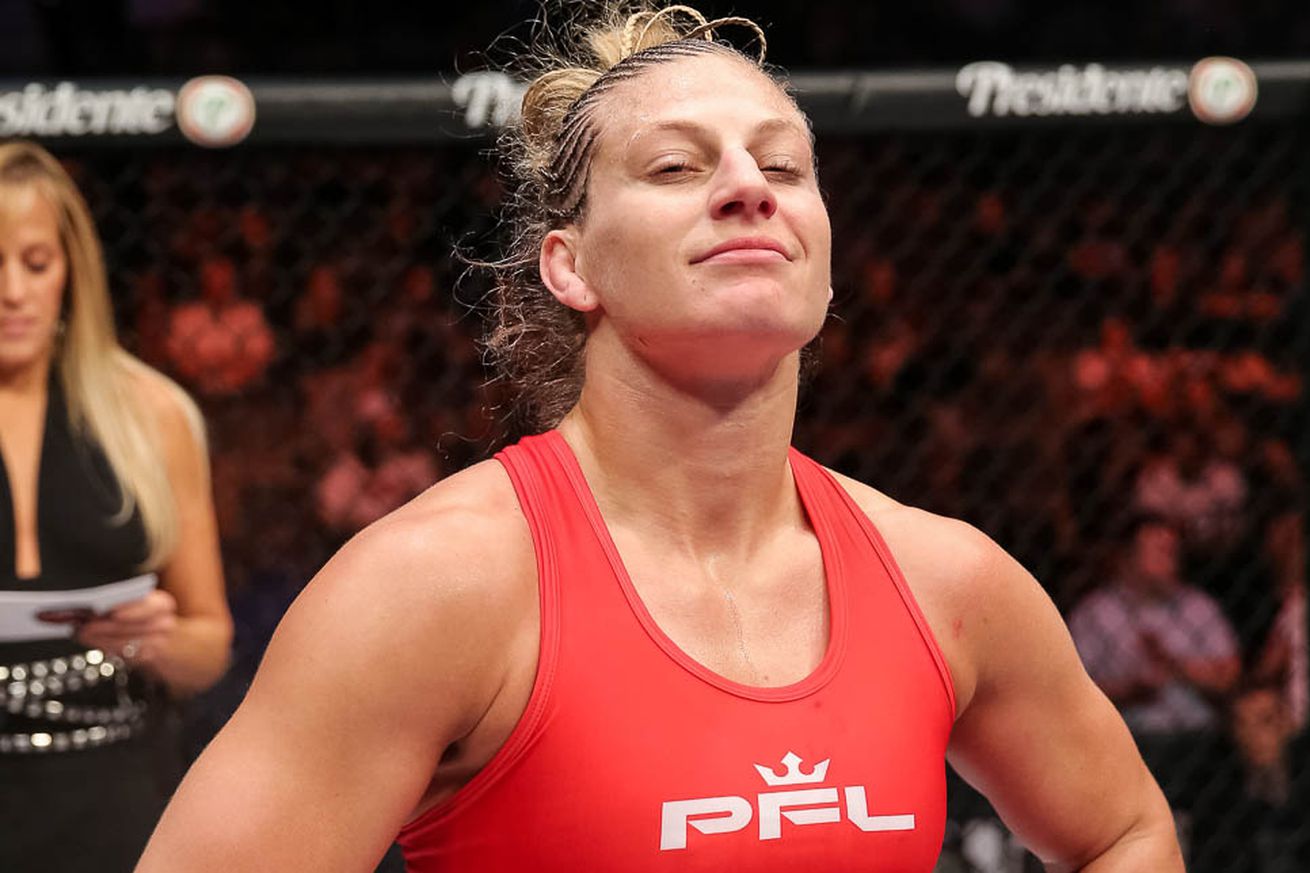 UFC president Dana White wouldn’t be a good promoter if he didn’t boost up his own roster of talent. But when it comes to undefeated PFL standout, Kayla Harrison, White may have missed the mark in his recent assessment of the two-time Olympic gold medalist.

Harrison, who is widely considered one of the best female fighters in the world today, believes her skills will take her to the absolute pinnacle of the sport. That belief could one day pit Harrison against the likes of UFC double champ Amanda Nunes, which is exactly why White has stepped in to pump the brakes on Harrison’s aspirations.

“If I was her, I’d stay right where she is and keep picking off the people over there,” White recently told TSN’s Aaron Bronsteter. “I would stay there and keep fighting the type of women she’s fighting there before I would come here and fight an Amanda Nunes. That’s for damn sure.”

Harrison, who faces Taylor Guardado in the main event at PFL 10 on Oct. 27, is easily one of the biggest stars for PFL today. She’s dominant, knows how to finish fights, and has a knack for delivering when it matters most, which is why she walked away with a $1 million tournament prize back in 2019. Add in a track record of excellence and it’s easy to see why Harrison is eager to prove doubters like White wrong.

“Thanks for the advice, Uncle Dana, I appreciate you,” Harrison told media members on Monday (h/t Drake Riggs). “My job is going to focus on Oct. 27. I really don’t care what other people have to say about me or my career, my choices, or my options. I’m going to do what’s best for me, and that’s it.

PFL founder, Donn Davis, also chimed in during Monday’s media scrum and came to the rescue of Harrison. While Davis pays tribute to White and UFC for paving the way for the sport he’s convinced PFL, along with Harrison, offer something more.

“Look, as the founder of the league, this is a fighter-first league,” Davis told BJPenn.com. “I’m an entrepreneur, I see them as entrepreneurs. How far can they (the fighters) go – it’s our job to help them. How do we encourage fighters, how do we promote fighters, how do we help fighters – that’s what the PFL is all about. So we want the fighters who want to bet on themselves. Because the PFL’s a meritocracy. Win and advance, lose and go home. It’s just like the NBA or the NFL, no B.S., no politics, no social media. What happens inside the cage determines the champion. The best fighter wins – that’s what sport is.

“I respect UFC,” Davis added. “They blazed the way, but most of those fights are undercard fights. They don’t matter. It’s like the football preseason. I watch every minute of the NFL, I don’t watch any preseason. I’ll watch a title fight in the UFC, but the undercards don’t matter. With the PFL, I don’t care if it’s fight one or fight seven, you lose, you’re done for the year, it is March Madness meets MMA. So every fight matters, and how do you put the fighter first, we’re just doing something different here.”

Alexander Volkanovski’s detailed account of nearly getting choked out by Brian Ortega is incredible.

"The lights were dimming.."

"I found strength in thinking of my family."

Fascinating listening to @AlexVolkanovski explain what was going through his mind as he fought off Ortega's guillotine at UFC 266.

So matter of fact about an epic moment

Here is Anderson Silva tuning up his boxing skills with an interesting tire workout:

A post shared by Anderson "The Spider" Silva (@spiderandersonsilva)

This might be the best fight promo you see all year. After all, Jorge Masvidal vs Leon Edwards should in deed be fire.

Never tried jump roping in a flood. Looks difficult to be honest.

Would you let Michelle Waterson slap you in the face with a tortilla shell?

Kayla Harrison talks about the time she had to put Dillon Danis in his place. No cops were needed.

Valentina Shevchenko is so much more than just a fighter.

This Muay Thai fighter was able to pop her arm back in place before the 10-count was up!

Her arm popped out of socket, luckily she got it back in place before the count was up. pic.twitter.com/jblrXsRIHQ

Could a jab get any better than this?

I recently moved to upstate New York so I’m familiar with these pesky U-Haul trucks. They aren’t the best, but this guy clearly had some bigger issues.