Midnight Mania! McGregor Rages Against Accusations, ‘I Will Never Kill Myself’ 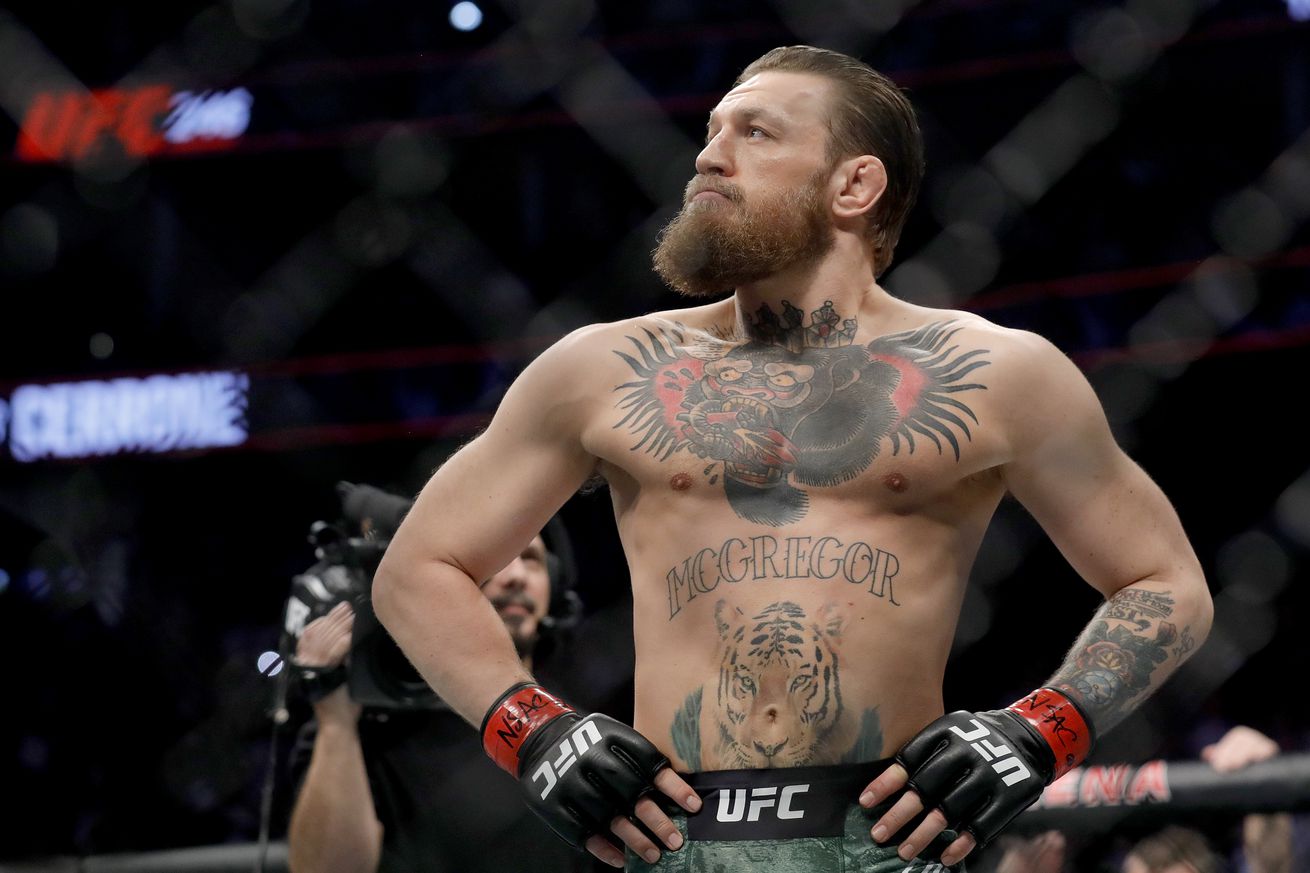 Conor McGregor is once again going through it. The Irish superstar was recently detained following allegations of sexual exhibition and sexual assault over an incident in France. McGregor denies the allegations, but that did not stop further information from being revealed and accusing McGregor of drunkenly flashing “his private bits.”

While McGregor has not yet been charged and remains innocent until proven guilty, “Notorious” is furious at this latest accusation (it’s not the first one). McGregor went on his personal Facebook account to rage against “vicious lies” and promise that the truth will exonerate him.

“I will never kill myself no matter how many wish for it,” McGregor wrote (transcription via MiddleEasy). “Try set me up all yous f—ing want over and over and over the truth will always set me free! Be it baby father claims, rape, indecent exposure, bulls–t WhatsApp group s–t. You f—ing name it. Never will I fold! The truth is the truth and it gives me wings! I know my character! God bless DNA! God bless Cctv! God bless Eye witness! God bless the truth! The truth is power! I am free! Never will a dime be paid to anyone coming at me with vicious lies! Not now not f—ing ever! I will fight! And I am only beginning my fight! All these past incidents you will see! They will not be forgotten! I will not allow these people to just accuse me and then disappear into the dark to attempt to ruin someone else life! No f—ing way!”

Conor McGregor responds to the allegations made against him and addresses the notion of dark thoughts. pic.twitter.com/DU1NeTH2ws

Stay tuned for the future updates to McGregor’s precarious situation.

I accepted a short-notice fight for the Global Legion FC Flyweight title on September 26th in Tampa, Florida! For each of my previous professional fights, I’ve raised funds to cover camp costs via my banner, in which members of the Mania community can get their name/nickname/username on the banner via a $5 or more donation. The promotion has rules against advertising during their shows, so the banner is unlikely to make it into the actual cage, but it will still be signed and raffled to a random supporter.

For anyone reading who enjoys my writing and would like to support/enter the raffle, I have Venmo (AndyLRichardson), PayPal (andrewlr15@yahoo.com), and a GoFundMe. There will be a PPV stream link that I’ll include here as well once I have it ... Let’s bring home a belt, y’all!

14 days notice, five-round main event title fight. Everyone wants to be a fighter until it’s time to do fighter shit!

I don’t know that this animation really makes jiu-jitsu look that smart or gentle, but it’s definitely well done!

It sounds like UFC following up on the health of fighters who have previously tested positive positive for COVID-19, which is likely a good thing!

Just heard from another source that UFC is requiring fighters who had covid in the past to have another ekg, extra blood tests and echocardiogram presumably out of concern for heart health. Reached out to them to confirm/for comment. Will report any answer they provide.

Interesting note from Cowboy Cerrone's coach Jafari Vanier ... this camp was first time Cowboy has sparred regularly, twice a week, in a long time. One of the thoughts was to get him in there with young, unfamiliar partners that force him to focus on not getting hit.

A neat example of fighter camaraderie from UFC Vegas 10:

A cool way to escape side control for the flexible folks among us!

Okay that was a cool if not the most reusable crucifix entry pic.twitter.com/rxsRf4jFwB

MMA is unfortunately more political than ever, but at least the memes are funny.

Have no fear dear readers, Artem Lobov is returning to the Mixed Martial Arts arena.

Very happy to announce my next fight with @arena_fight_championship ! Thank you very much to @sukocarbone and @boris.berjuin for a great deal! Look forward to doing business in France! #arenafightchampionship #arenafight #arena #fight #championship

I haven’t stumbled upon any Lethwei clips in a little while, so watch below to get your fix of headbutt violence.

#TMTtryouts2019 winner @borkhuu_therider_mega utilising headbutts, punches and leg kicks to score an impressive KO over Nur Mohammad in his Lethwei debut at WLC: Hideout Battle last month. Now ranked no.2 in the @worldlethwei Championship featherweight rankings, look for Mega to be competing under Lethwei rules again soon as he is on a quest to challenge for the title! #tmtfightteam #lethwei #wlc #knockout #tigermuaythai

To this day the absolute worst break I have ever achieved in competition. Had this been No-gi (making the break more visible to the naked eye) this would likely go down as the worst knee bar break in professional combat sports history. Let this be an extreme example of a situation where even though an athlete doesn't tap, serious damage has occurred. In this situation it's obvious, however there are many times myself and my teammates compete where athletes haven't tapped and I get questions like "what made it so difficult for you to get that guy? What was he doing to defend?" Most of the time the answer to that question is, they weren't really defending well at all, they just took damage and kept going. This is the one disadvantage to joint locks, as they can do great damage to an opponent in a fight but not completely incapacitate them like a KO punch or a strangle for example. It's funny how many of my past opponents have gone so far as to post photos of them lifting people over their heads or bouncing around, or putting their legs behind their head after our matches to pretend that they weren't injured. Now years later they are getting knee reconstructions. #taporsnap #snapcity #bjj #mma #subonly #submissionwrestling #submissiongrappling #kneebar #submisson #martialarts #jiujitsu @f2wbjj

This clip went viral last week, and it’s disgusting. Fans and fighters have already figured out who this guy is, and though I won’t share that information here, I’m not too worried about what comes his way either.

This is just utterly disgusting behavior from a so called martial arts instructor. Just a sad little bully.

Midnight Music: My girlfriend put on an indie playlist tonight, so here’s a track off that! It doesn’t get much more indie rock than ‘90s Pavement ...