Moicano Out Of Mustafaev Fight On Oct. 17 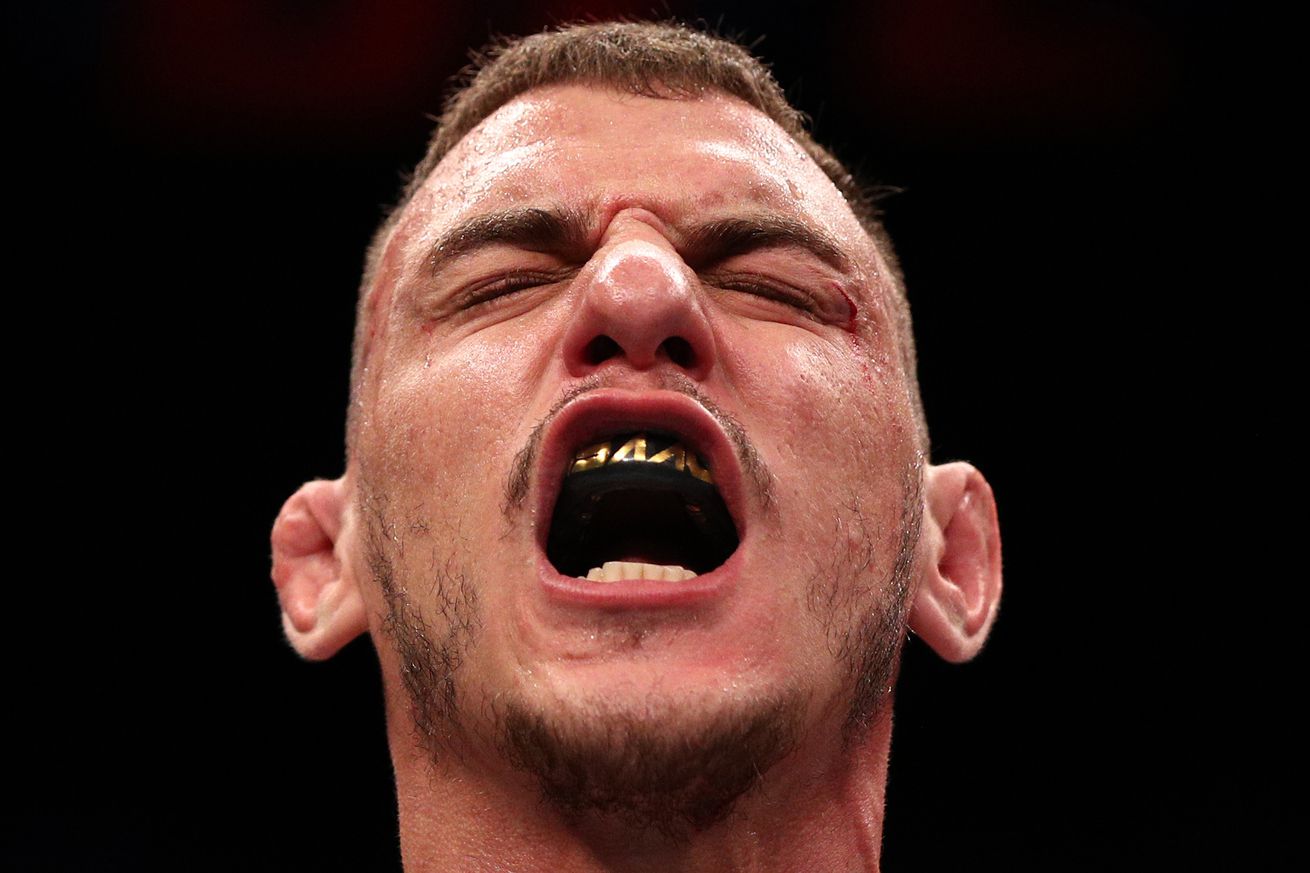 Renato Moicano’s sophomore effort at Lightweight will have to wait a while longer as the Brazilian bomber has been forced out of his fight against Magomed Mustafaev, which was set to go down at an upcoming “Fight Night” event on Oct. 17, 2020. According to MMA Fighting, the reason for his withdrawal is unknown at the time.

Earlier this year, Moicano made his successful debut at 155 pounds by scoring a first-round submission win over Damir Hadzovic. ending his two fight skid which went down in the Featherweight division.

Mustafaev, meanwhile, was last seen coming up short against Brad Riddell at UFC Fight Night 168 this past February, giving him his second loss in three fights. Despite his recent setbacks, Mustafaev is still a legit threat to anyone standing across from him. The promotion is currently on the search for a suitable replacement.