Morning Report: Georges St-Pierre suggests what Conor McGregor needs to do to come back from Dustin Poirier loss 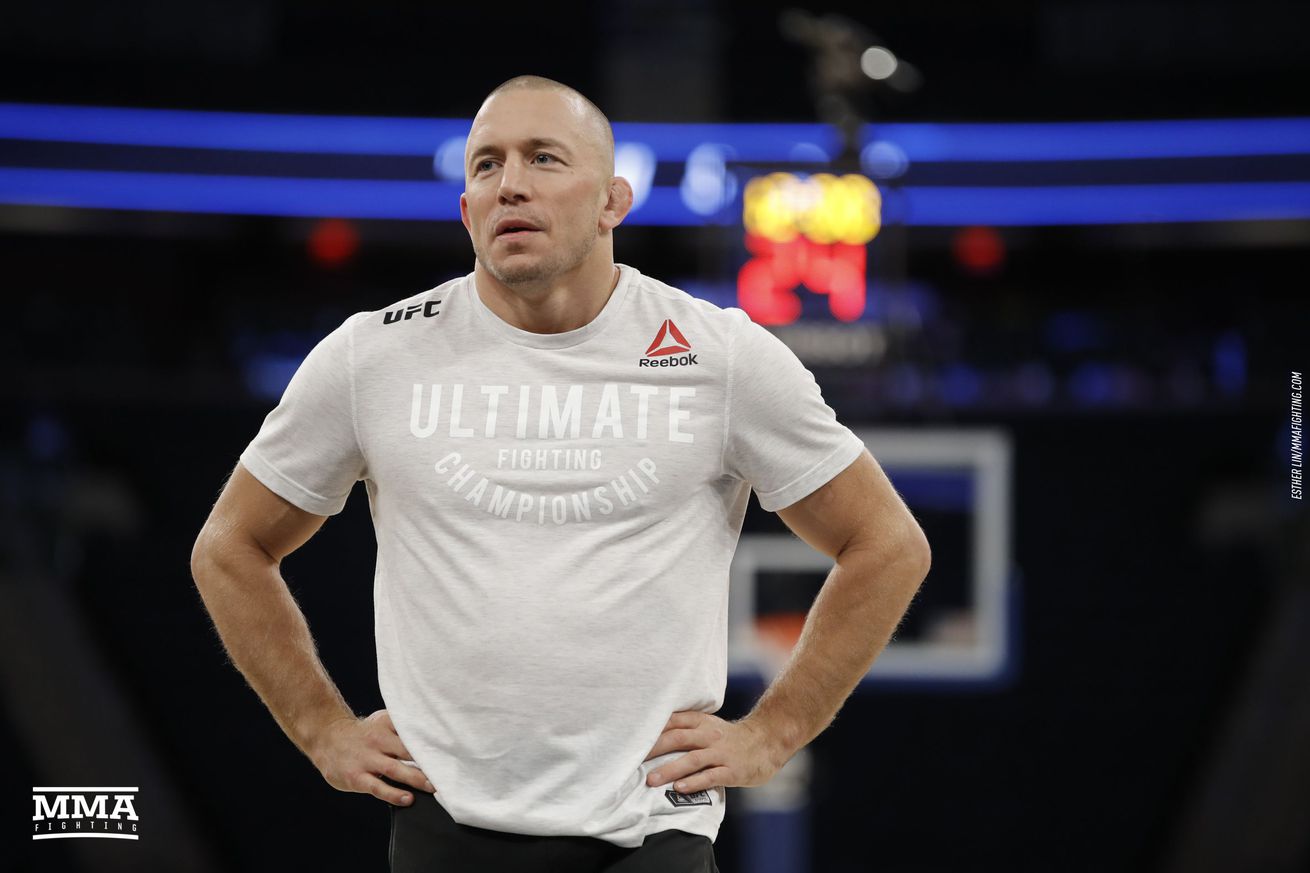 It takes a lot to catch Georges St-Pierre unaware, but at UFC 257, Dustin Poirier did just that.

St-Pierre is one of the greatest MMA fighters of all-time and known for his analytical approach to fighting. Last year, St-Pierre took that expertise and shifted into an analyst role for Quebec’s RDS (Reseau des Sports) broadcasting team. But as good as St-Pierre is, he admits he did not see Poirier beating Conor McGregor this past weekend.

“I thought Conor was going to win, and I was wrong,” St-Pierre told Michael Bisping on Bisping’s Believe You Me podcast. “I was very surprised how Poirier (kept) his composure under the pressure. I think one of Conor’s biggest strengths is that he overwhelms his opponents with his pressure, with his presence, with all the information he gives his opponent’s brain. All that stuff that he does, the kicks, the talking, all that. He overwhelms his opponents and a lot of them, they fold under pressure. But Poirier stayed sharp and it was a real testament of how good he is. It was amazing. Now it will be really interesting to see how Conor can come back from it.”

Poirier’s victory was the biggest of his career and, arguably, the biggest loss of McGregor’s. It’s the first time McGregor has been cleanly knocked out and left “Notorious” without a clear path forward. A trilogy fight with Poirier is a possibility as is a third bout with his original rival, Nate Diaz; however, both bouts present the dangerous possibility of suffering another loss and many fans are starting to question whether the end is nigh for the biggest star in the sport. Not St-Pierre, though.

“I believe Conor can come back from that loss,” St-Pierre said. “He’s the kind of fighter, I believe, he fuels himself on confidence. When he’s confident, that’s how he performs at his best. He likes to act confident (pantomimes the Billionaire Strut), fake it until you make it, he plays a role that he’s very confident. Maybe, deep down inside, he’s very scared but I believe he fuels himself into that, that confidence, to be loved or hated by fans, the attention. Now it will be interesting to see how he’s gonna come back from it. I believe in Conor. I believe he’s gonna come back from it. I believe he’s capable of overcoming that obstacle.”

McGregor’s comeback is already a hot topic of conversation in the MMA community. Following the fight, fans began immediately noting that McGregor is now 3-3 since leaving the featherweight division, with a TKO loss in boxing added in for good measure. Some are suggesting that McGregor should return to 145 pounds, others that McGregor needs a change of camp, and still others that there is nothing McGregor can do. That the game has simply passed him by. For St-Pierre, it’s all straight-forward: McGregor needs to change his mentality the same way that St-Pierre did after his loss to Matt Serra.

“He needs to (be) reborn,” St-Pierre said. “He needs to change things in his training and in his life that he believes were the causes for his failure. It doesn’t matter if it’s true or not as long as he believes. So in my case, for example when I lost to Matt Serra, I drilled myself to believe that I lost to Matt Serra because I underestimated him. Maybe I wasn’t scared enough, maybe I didn’t put as much as I should do in training, that’s what I tried to force myself to believe. Maybe it’s not true. But the important (part) is that he believes in it so he can build up his confidence from it, because he believes it. It doesn’t matter.

“He needs to find what he thinks he did wrong in his previous preparation leading up to the fight, whether it’s his training, regarding his life, or whatever, and not making the same mistake twice. It doesn’t matter if most people believe it’s bullsh*t, as long as he believes it himself. His confidence will grow from there and he will be able to come back a better Conor McGregor, at least as good as he was.”

St-Pierre has often credited his loss to Matt Serra as making him a better fighter and it certainly appears to have been the case. After that bout, St-Pierre never lost a fight again. For his part, McGregor has already at least publicly suggested that a lack of recent activity played a role in his performance and is hoping to compete more often in 2021. And if St-Pierre is right, then maybe that’s all McGregor needs to get back on top.

Jack Slack. Taking at look at UFC 257 and how Poirier beat McGregor.

This is going to be terrible.

Yes I can confirm @dillondanis is a #1 little bitch

It would be great if Ben just kept taking this guy down. Like bro I’m retired I don’t care disqualify me you ain’t landing shit, ground and pound, done

Spent 10 minutes and still not sure I understand what he’s trying to say here.