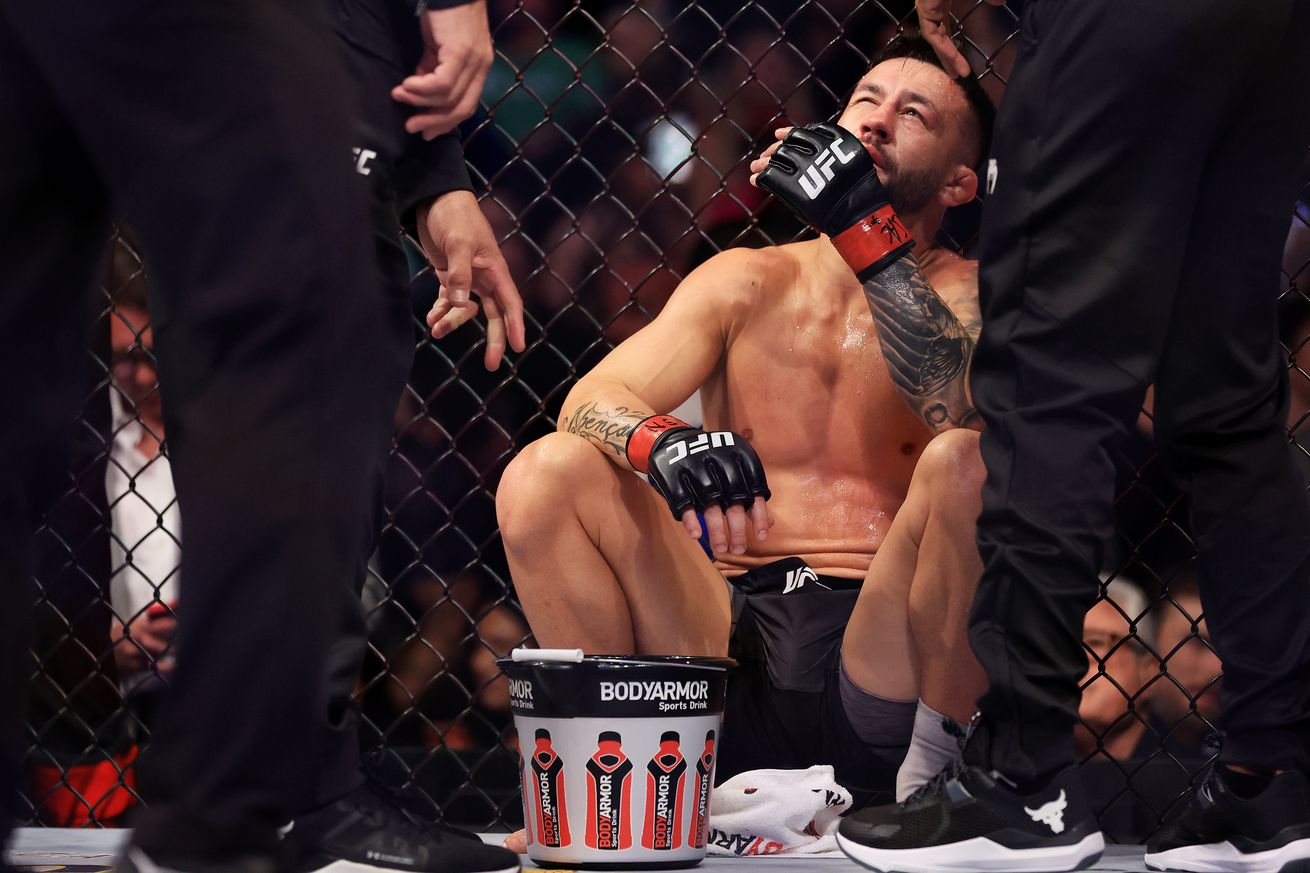 The tough UFC bantamweight was unable to continue after suffering an eye poke injury at the hands of Sean O’Malley during their UFC 276 scrap.

The UFC 276 main card got off to a disappointing start when the highly anticipated Sean O’Malley vs. Pedro Munhoz fight ended halfway through the second round due to an eye poke suffered by Munhoz.

If you were going to give me a list of unlikely outcomes from this event, fans accusing Pedro Munhoz of being a wimp would be near the top. But here we are: Munhoz has received a ton of hate from O’Malley fans and doubters in general. The poke he suffered wasn’t the standard digit-deep-in-the-eye poke but rather a forceful smack.

That (and Munhoz’s quick assessment that the injury was too bad to continue) had some questioning the legitimacy of the foul. O’Malley included.

Now, Munhoz has released a video statement (in Portuguese) on the injury.

“To explain briefly what happened in the fight against Sean O’Malley, I was poked in the eye in the first round but kept fighting, and was hit with a low blow shortly after,” he said (translation by MMA Fighting’s Guilherme Cruz). “The fight restarted and we exchanged a few strikes. In the second round, that’s when I suffered another eye poke. I couldn’t see anything for 20 minutes.

“I was taken to the hospital and they used a special eye drop that made my eye numb so they could open my eye,” he continued. “They did an exam and the medical report I have is that there’s a scratch in the cornea all the way around it. I couldn’t open my eye because of that and couldn’t see anything.”

UFC Senior Vice President of Athlete Development, Reed Harris, also chimed in, tweeting, “Just saw Pedro Munhoz. For all you doubters out there, his eye is swollen shut. When to hospital last night and eye is scratched. This s—t is real.”

At UFC Host hotel this morning. Just saw @PedroMunhozmma . For all you doubters out there, his eye is swollen shut. When to hopotal last night and eye is scratched. This shit is real. BTW- he said he knows it was an accident and h nothing but respect for Sean.

Pedro Munhoz this morning really looks like a guy who faked an eyepoke to get out of a fight he was winning on the scorecards, huh? Y'all are ridiculous sometimes. #UFC276 pic.twitter.com/vS9sX7uRiO

A photo of Munhoz with Glover Teixeira also showed the Brazilian fighter with his eye swollen shut. With all the obvious visual evidence and Munhoz’s eight years of unquestioned badassery in UFC, perhaps casuals on social media will stop calling this a fake injury?

Then again, these are the same people who accuse half the fights they watch of being fixed or having fake finishes, so perhaps we ask too much of them.