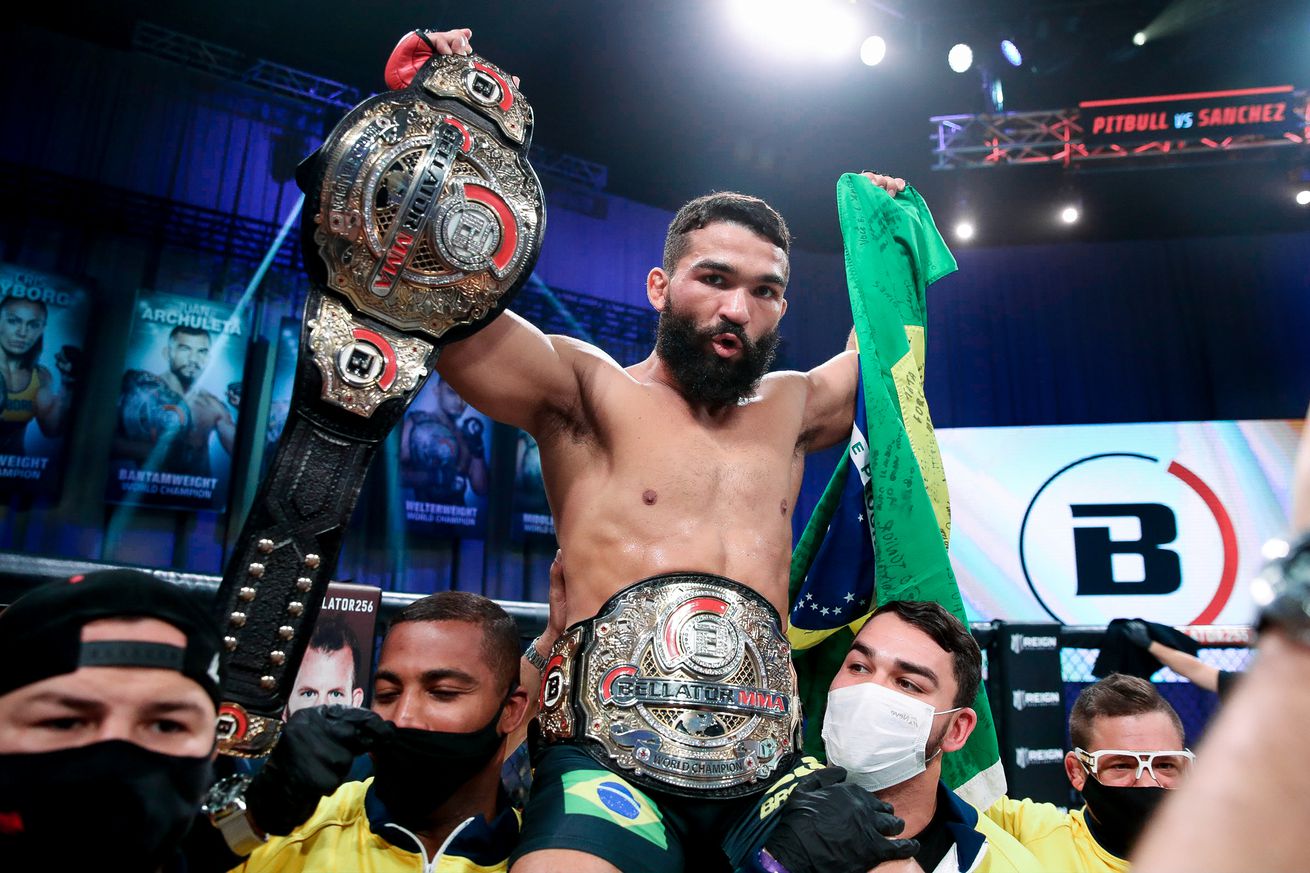 After the win, Pitbull was met with the question everyone expected regarding the outcome of a potential champion vs. champion fight between him and current Ultimate Fighting Championship (UFC) 145-pound title holder, Alexander Volkanovski. The Bellator kingpin initially lay down the gauntlet in 2020 by putting up a $1 million wager, which Volkanovski accepted.

The problem is that despite how bad the two would love to square off against one another the powers that be just aren’t that willing to oblige.

“I bet $1 million, and he (Volkanovski” accepted it. But Dana White doesn’t have balls,” said Pitbull in a short and sweet statement.

Perhaps the 145-pound champion doesn’t want to waste his breath on giving a long-winded answer because he knows (sadly) that the chances of that super crossover fight are slim to none because White has never been (and likely never will be) about cross-promoting.

The rare time he did do that was back in 2001 when he sent former UFC light heavyweight champion, Chuck Liddell, over to PRIDE FC to face Guz Mezger, whom he defeated via knockout. White’s second roll of the dice started off great after Liddell knocked out Alistair Overeem in the opening round of the Middleweight Grand Prix in 203, only to get stopped via strikes by Quinton Jackson a few short months later.

Still, one can’t help but play a potential Pitbull vs Volkanvski matchup in their heads because that’s all fight fans will ever get to do. “The Great” currently doesn’t have a fight lined up, while Pitbull is eying a potential move down to Bantamweight to win that belt, or take part in a trilogy title fight against A.J. McKee.

If a fight between them did happen, how do you see it playing out?