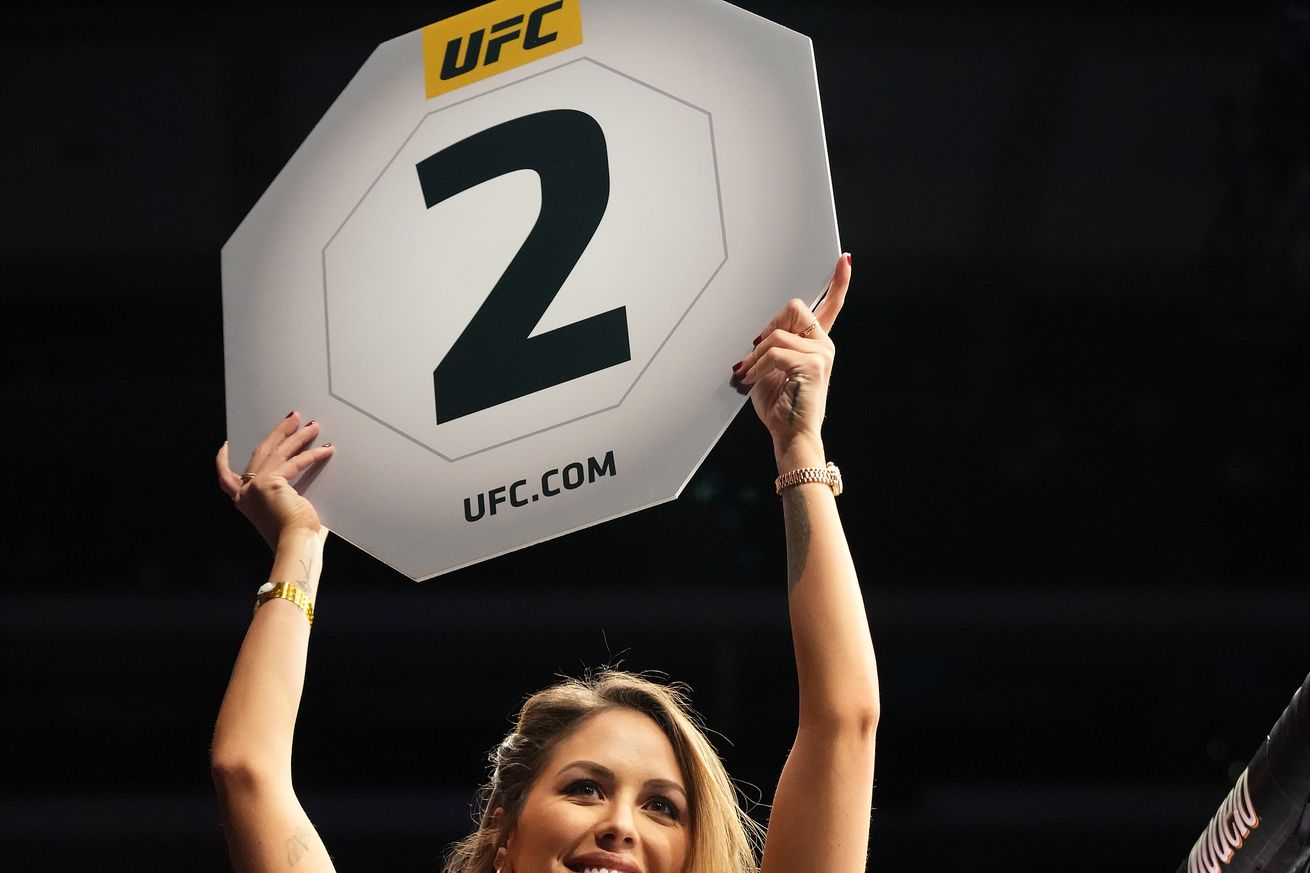 ESPN2 will host a quartet of “Prelims” undercard bouts before the UFC 265 pay-per-view (PPV) begins (check out the ESPN+ portion here), though. Without further ado, here they are, dissected for your reading pleasure:

Bobby Green (27-11-1) entered 2020 in the midst of a major 1-5-1 slump, only to revive his UFC career with three consecutive victories in the span of three months. The good fortune wasn’t to last, dropping a controversial decision to Thiago Moises and seeing a Feb. 2021 clash with Jim Miller evaporate after Green collapsed during weigh-ins.

He stands two inches taller than “Ataman,” though he’ll give up a half-inch of reach.

Rafael Fiziev (9-1) rebounded from his UFC debut loss to Magomed Mustafaev with back-to-back decision wins over Alex White and Marc Diakiese, the latter of which earned “Fight of the Night.” He didn’t need the judges against Renato Moicano, however, stopping the Brazilian with a bonus-winning left hook late in the first round.

Five of his six professional knockout wins have come in the first round.

While the odds at time of writing have Green pegged as a considerable underdog, he definitely has the tools to test the fast-rising Kyrgyzstani, namely durability, wrestling and volume. Only Dustin Poirier has managed to put Green down with strikes in the last decade, meaning he’ll have 15 minutes to try and out-work Fiziev with his mixed offense.

There’s a difference between testing someone and actually beating them, of course. Neither Diakiese nor Moicano could put Fiziev on the mat and Green’s slightly superior output isn’t sufficient to overcome Fiziev’s clear technical edge. He’ll have to work for it, but Fiziev’s kickboxing and takedown defense figure to win him the day.

Four months after suffering a comeback submission loss to Domingo Pilarte on “Contender Series,” Vince Morales (9-5) found his way to the Octagon, dropping a decision to Song Yadong before upsetting Aiemann Zahabi. That victory failed to kickstart his Octagon run, and “Vandetta” now finds himself in the midst of a two-fight skid.

This will be his first fight in 14 months.

Though initially known for his stand up prowess, the grappling of Drako Rodriguez (7-2) carried the day on “Contender Series,” where he choked out Mana Martinez midway through the first round. His subsequent UFC debut pitted him against Aiemann Zahabi, who melted him with a counter right to snap a three-fight win streak.

“The Great Drakolini’” has submitted four professional foes and knocked out two others.

Rodriguez has youth, superior submission skills and a clear roadmap to victory after both of Morales’ most recent foes demonstrated his allergy to low kicks. Morales has a right hand, and I promise you it’s a far closer fight than that reductive analysis would suggest. “Vandetta” legitimately has enough power to undo all of Rodriguez’s good work if he gets the same opportunities Zahabi did, so if that defensive lapse was a chronic habit of Rodriguez’s and not a one-time thing, things could go south for him in a hurry.

The oddsmakers have this one almost dead-even and I’m inclined to agree. I’ve flip-flopped a few times and agonized over this longer than I probably should have, but my gut says Rodriguez. Questionable thought it may be to pick a guy who just got destroyed by a right hand over a guy with a bomb of a right hand, Rodriguez just seems to have more weapons in his arsenal and the means to totally defuse Morales’ with low kicks. While it wouldn’t surprise me at all to see Morales just lamp him in the first round, I like Rodriguez to vary up the attack and take a competitive decision.

Though it took him two tries to secure a contract on “Contender Series,” Alonzo Menifield (10-2) proved he belonged in the Octagon by starching Vinicius Moreira and Paul Craig. Consecutive defeats followed, but he got back on track in March 2021, tapping Fabio Cherant in 71 seconds.

All of his wins have come inside the distance, eight of them in the first round.

Now 40 years old and more than 15 years into his UFC career, Ed Herman (25-14) now finds himself in the midst of his longest win streak since 2012. He was last seen surviving some heavy knees and elbows to submit Mike Rodriguez in Sept. 2020.

“Short Fuse” is the taller man by one inch, but gives up one inch of reach.

At 33 years old, I’m not convinced Menifield has time to fully realize the potential his athleticism grants him. Said athleticism figures to be enough in this match up, however. Even acknowledging Herman’s skill, toughness and veteran guile, he lacks the reach to punish Menifield’s linear striking the way Ovince Saint Preux did or the dynamism that Devin Clark used to great effect.

Herman’s just too slow and weathered at this point to keep up with Menifield on the feet and I don’t trust his takedown skills to carry the day. Unless Menifield obliges him in the clinch — where Herman’s knees and sneaky grappling give him the greatest shot at victory — expect the newly christened “Atomic” to overwhelm him with punches within the first five minutes.

Three consecutive UFC wins carried Karolina Kowalkiewicz (12-6) to a title shot, and though she fell short against both Joanna Jedrzejczyk and Claudia Gadelha, she retained her contender status with two more victories. She enters the cage this Saturday winless since 2018, however, having dropped four straight.

This marks her first appearance in over 17 months.

Jessica Penne (13-5) went from dropping three straight in the Octagon to sitting out for nearly four years due to United States Anti-Doping Agency (USADA) and other misfortunes. Undaunted, she returned to action in April 2021 with a split decision over top prospect Lupita Godinez for her first win since 2014.

She has submitted seven professional foes and knocked out two others.

On the one hand, Kowalkiewicz’s four consecutive losses came against very capable fighters like Jessica Andrade, Alexa Grasso and Yan Xiaonan. On the other hand, the way she lost was more than a little worrying; Yan — a notoriously iffy wrestler who got mauled on the mat by Carla Esparza — racked up five takedowns on Kowalkiewicz, which bodes ill against a grappler of this caliber.

While much of Penne’s success against Godinez came about due to “Loopy’s” terrible gameplan, Kowalkiewicz’s decline makes me hesitant to put any faith in the Polish veteran. In the end, Penne leans on a grappling-heavy gameplan to hit takedowns, threaten from back mount and just ruin Kowalkiewicz’s day in general.

Title nonsense aside, there are some absolutely delectable match ups in store for UFC 265 ... and I for one don’t want to miss them. See you Saturday, Maniacs.

Remember that MMAmania.com will deliver LIVE round-by-round, blow-by-blow coverage of the entire UFC 265 fight card right here, starting with the early ESPN+ “Prelims” matches online, which are scheduled to begin at 6 p.m. ET, then the remaining undercard balance on ESPN2/ESPN+ at 8 p.m. ET, before the PPV main card start time at 10 p.m. ET on ESPN+ PPV.

To check out the latest and greatest UFC 265: “Lewis vs. Gane” news and notes be sure to hit up our comprehensive event archive right here.