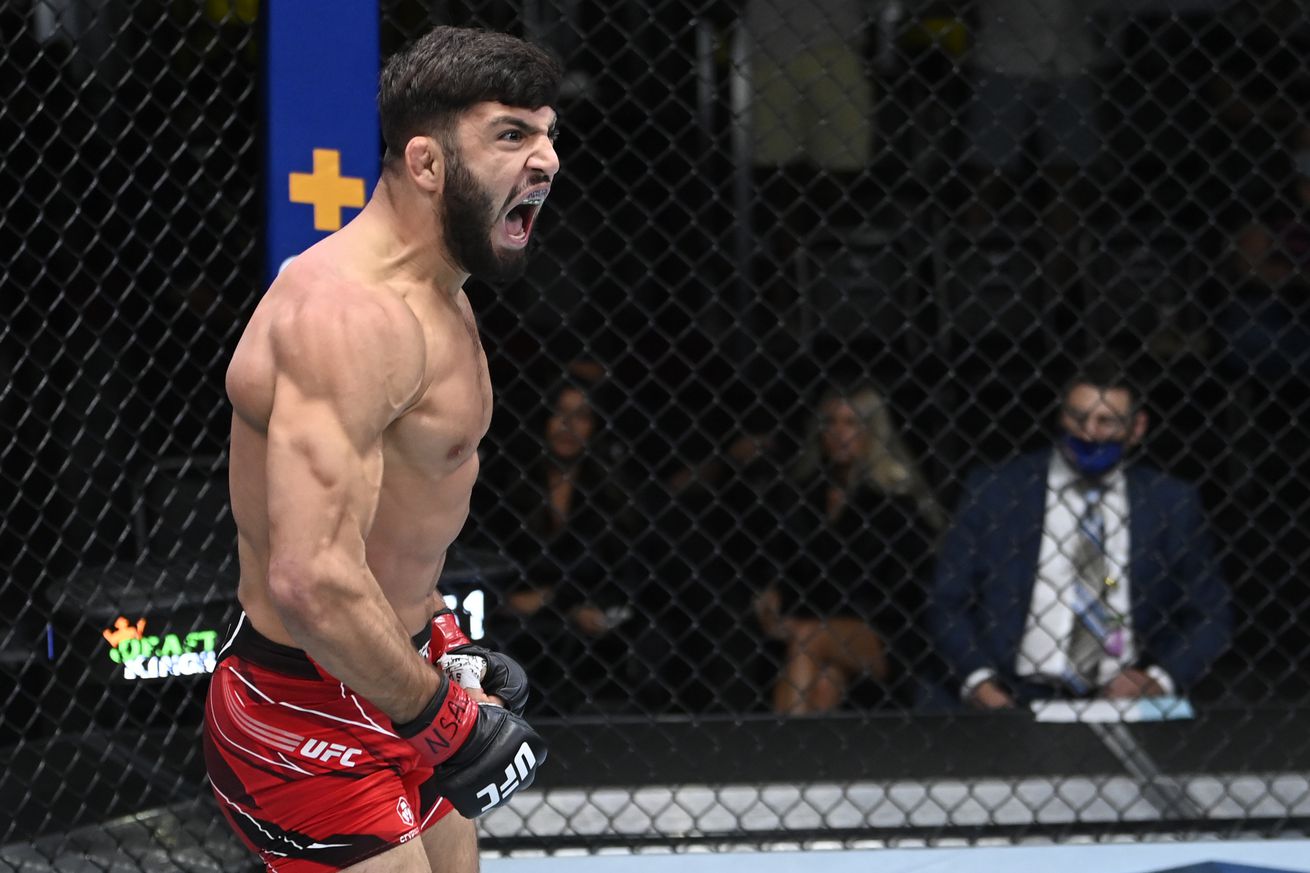 Lightweight prospects Arman Tsarukyan and Mateusz Gamrot will collide atop the UFC Vegas 57 main event, a five-round banger scheduled for the ESPN+ digital network on Sat., June 25, 2022 inside the promotion’s APEX facility in Las Vegas, Nevada.

That’s according to a report from Eurosport Nederland.

Tsarukyan (18-2) is coming off five straight wins, including last February’s technical knockout victory over Joel Alvarez. The 25 year-old “Ahalkalakets” sports 12 finishes in 18 wins and could break into the Top 10 with a big performance in “Sin City.”

The same could be said for Gamrot (20-1, 1 NC), who turns 32 at the end of the year. The Polish “Gamer” is the winner of three straight and looking to build on last December’s technical knockout victory over Diego Ferreira in Las Vegas.

UFC Vegas 57 will also feature an important welterweight showdown between Neil Magny and Shavkat Rakhmonov. Elsewhere on the card, Nate Maness and Umar Nurmagomedov will collide in featherweight action while Amir Albazi and Tim Elliott hook ‘em up at 125 pounds.