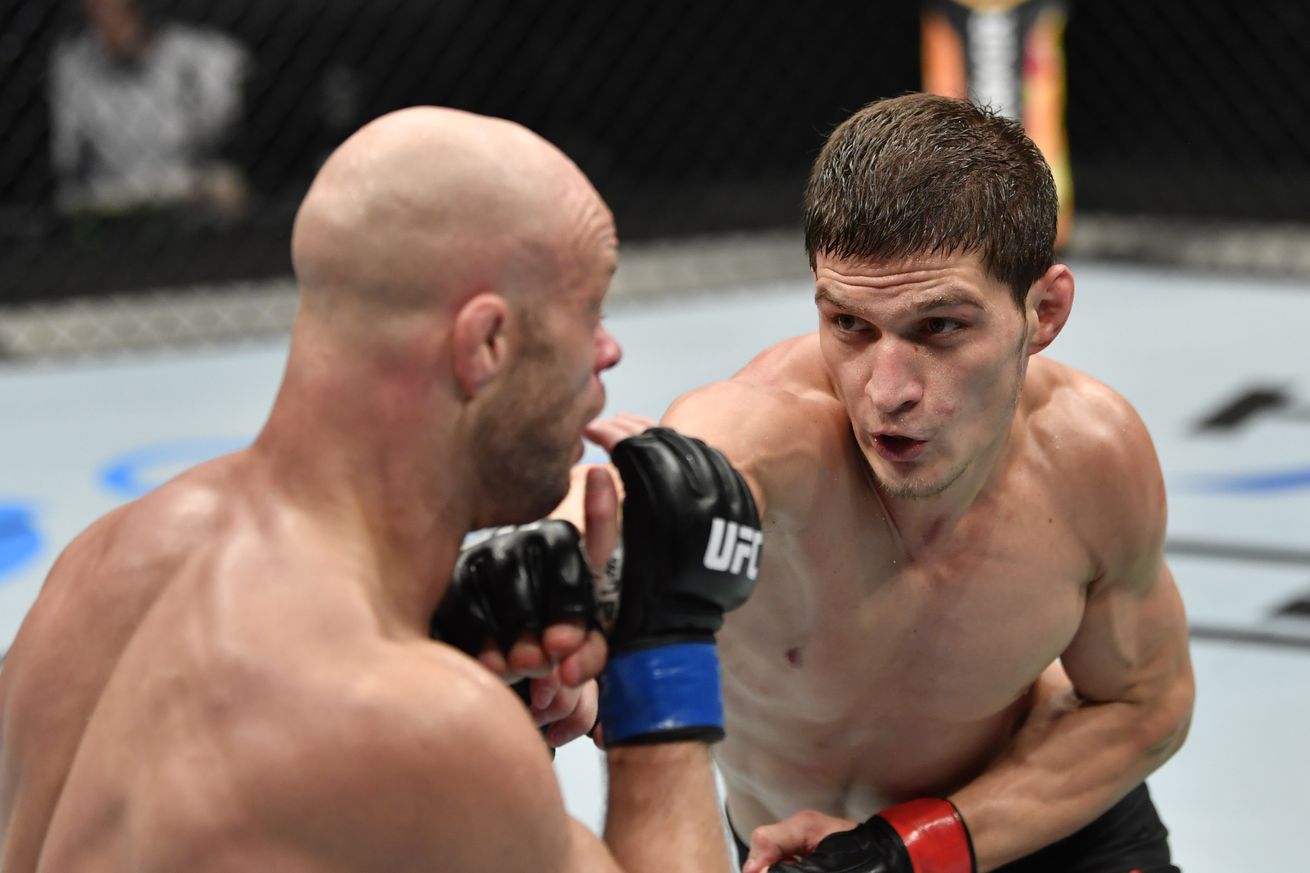 News first broke moments ago that a featherweight scrap between Movsar Evloev and Nate Landwehr was removed from the main card following a positive test by Evloev, according to MMA journalist Ana Hissa.

Next, it was revealed that a cornermen for Montana De La Rosa also tested positive for coronavirus forcing the promotion to cancel De La Rosa’s main card clash with flyweight Taila Santos, according to MMA Fighting.

Finally, it is also being reported that a flyweight clash between Octagon newcomer Jimmy Flick and Cody Durden is also off the card following an issue with the Nevada State Athletic Commission (NSAC). UFC officials are already trying to re-book the matchup for the upcoming UFC Vegas 17 card on Dec. 19.

Obviously, it is too late to find three different replacement fighters for tonight’s card. As a result, UFC Vegas 16 will now proceed with just eight total fights.