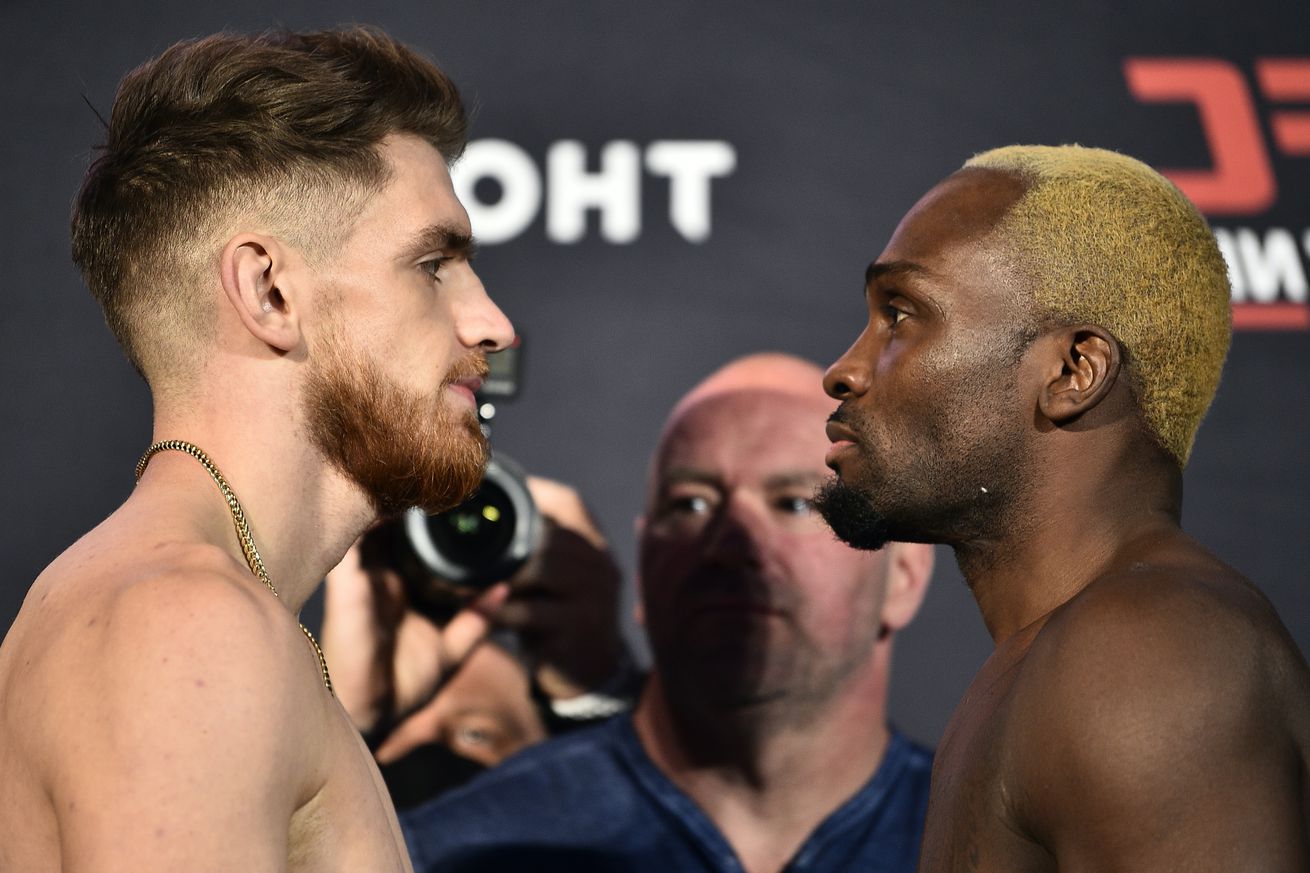 At just 22 years of age, Shahbazyan has rocketed into the Top 10 on the strength of four UFC victories and an undefeated record. In a main event slot for the first time, Shahbazyan will now look to take another step forward and break into the title mix.

Unlike his foe, Brunson has been here a few times before. He was once the upstart contender and has since seen his share of main event and pay-per-view (PPV) slots. He’s even been on the right and wrong side of several dramatic knockouts. In short, Brunson is the veteran, not likely to be overwhelmed too easily.

Let’s take a closer look at the skill set for each combatant:

Keys to Victory: Shahbazyan is a powerhouse. However, he’s a patient one, a striker who lines up his knockout blows with quick jabs and careful distance management. In addition, Shahbazyan is a skilled wrestler.

The Californian has won nine fights via first-round knockout.

Shahbazyan will have to make some adjustments based on how Brunson approaches this fight. If Brunson charges him with reckless aggression, Shahbazyan has to weather the storm. Get his guard high, circle laterally, and find that opening when he can intercept Brunson with a jab or check hook.

If Brunson is more willing to hang back and make it a technical fight, Shahbazyan can really make the most of his boxing skill. Brunson tends to swing real wide with his left, which could prove an opening for Shahbazyan, who is the more precise man. If Shahbazyan can stick a jab, pull back to avoid the big swing, then come back firing, he’ll be in strong position to score another stoppage.

Keys to Victory: Brunson is a craftier fighter than he gets credit for. The veteran heavy-hitter is certainly willing to abandon all strategy and lunge forward in pursuit of the knockout, but he’ll also use tricks to suddenly close the distance and catch his opponent off-guard.

Brunson’s wrestling is a strange case. On one hand, he’s a physical powerhouse who has out-wrestled men like Yoel Romero. At the same time, Brunson has a strange habit of taking one poorly setup shot from too far away then abandoning his wrestling when it’s stuffed.

Rather than try to overpower a strong and confident young puncher, this bout calls for patience. Shahbazyan has only been to the second round once in his career, and while he did win the bout via split-decision, he was so dead-tired in the third that he barely survived to see the bell.

In order for Brunson to find any such opportunities, he has to let the fight breathe a bit. Hang back, throw some crosses and kicks without over-committing, shoot for a double leg without worrying too heavily if it fails. Ideally, Brunson will wrestle quite a bit and force Shahbazyan to empty the tank doing something other than ripping power punches, but either way, restraint will be important.

Bottom Line: This is a test of Edmen Shahbazyan.

There is not Middleweight prospect with more hype behind him then the Glendale resident. Shahbazyan is an undefeated knockout artist with some quality wins to his name already. There’s real reason to be excited, but this is a grander opportunity. If he can pick up a knockout win in a main event slot against a proven veteran like Brunson, it really sets up Shahbazyan for a top five opponent next.

As for Brunson, he’s pretty firmly placed in a gatekeeper role right now. The only way out of that predicament is a string of victories, and to his credit, Brunson has won two straight already. If he can turn away a major player like Shahbazyan, perhaps Brunson’s next opponent will be one ranked above him.

To check out the latest and greatest UFC Vegas 5: “Brunson vs Shahbazyan” news and notes be sure to hit up our comprehensive event archive right here.

At UFC Vegas 5, Edmen Shahbazyan and Derek Brunson will battle in the main event. Which man will earn the victory?