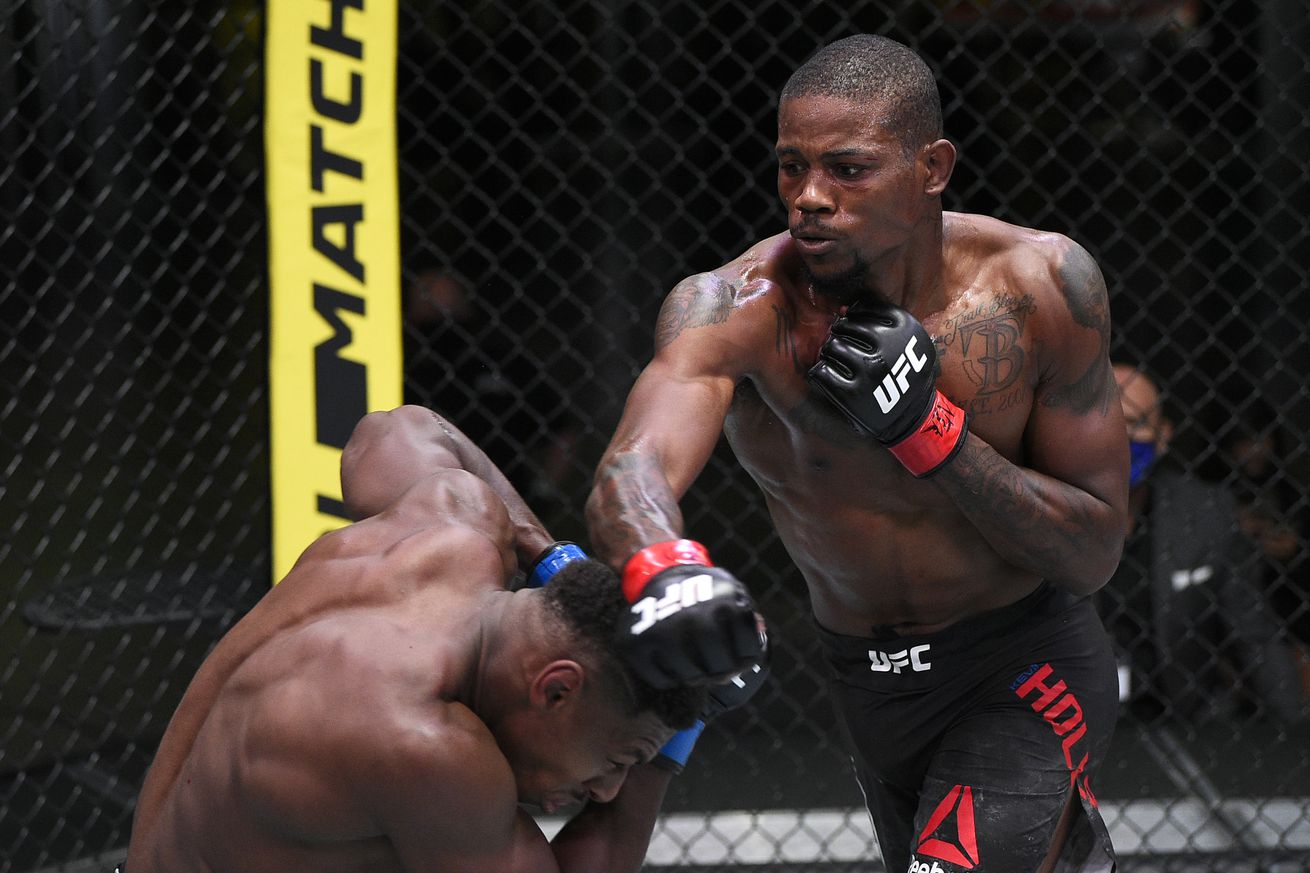 Kevin Holland had to wait longer than expected for his most recent fight and he doesn’t want to waste any more time.

In the past two months, Holland has seen two fights fall through. He was booked to face Daniel Rodriguez in a welterweight bout just two weeks after a 39-second finish of Anthony Hernandez on May 16, but was denied a quick turnaround after suffering an injury. The matchmakers then paired him up with Trevin Giles for a middelweight bout at UFC Vegas 5 on Aug. 1, but Giles fainted just moments before the two were set to kick off the main card.

Holland finally made it to the cage on Saturday at UFC Vegas 6, engaging in an entertaining duel with octagon newcomer Joaquin Buckley before silencing Buckley with a precision right hand in the third. It wasn’t as fast as the Hernandez finish, but even after a busy fight with Buckley, Holland is itching to get back in the cage.

“I can’t fight next weekend because I’ve got the stitches,” Holland said at a post-fight scrum when asked if he wanted to schedule another fight soon. “So I get 10 days to really relax and stuff like that. After my 10 days are up, I guess that’s my two weeks that me and my coaches talked about. I’ll be back in the gym, back ready to go.

“Like I was saying in my last interview, I can do 185 on two days’ notice and I can do 170 on two weeks. I prefer to do 170 on four weeks because I like to eat and I’ve gotta clean up the diet for 170, but honestly, if we can keep doing 185 right now, I don’t mind. I’ve always been a fan of Mick Maynard ever since he had Legacy (Fighting Championship) way back in the day, and Sean Shelby he’s an OG in the game. It’s whatever they want me to do. You want me to fight tomorrow, put some glue on the stitches, we can fight tomorrow. You want me to fight Tuesday on the Contender Series I can do that too.”

Reminded that he’s probably past his Contender Series days (Holland competed on the show in 2018 and despite winning his fight, did not earn a UFC contract at the time), Holland explained that it wouldn’t be different from the Fight Nights currently taking place in a crowd-less UFC APEX anyway.

Sources told MMA Fighting that the UFC is already interested in booking Holland for another fight in August, although nothing has been offered or accepted yet. Should Holland be correct in his medical self-assessment, he could be eligible to compete at APEX shows scheduled to take place on Aug. 22 and Aug. 29.

For now, Holland appears to have scratched his itch in regards to needing a fight and he’s looking forward to what’s next, whether that means fighting in two weeks or taking some personal time while another opponent is lined up.

“I got it out of my system a little bit,” Holland said. “Now I just want to go home and love on my kid and stuff like that, play with the dog. But that only lasts so long. I’m a fighter, I’m a warrior, I love to fight. Somebody says the wrong thing I’m gonna be ready to go again.

“I’m a professional so I wait until I get in the cage or I’ll go to the gym and smack on some of my training partners but yeah, I love to fight. This is the best job in the world. It doesn’t get no better than this.”