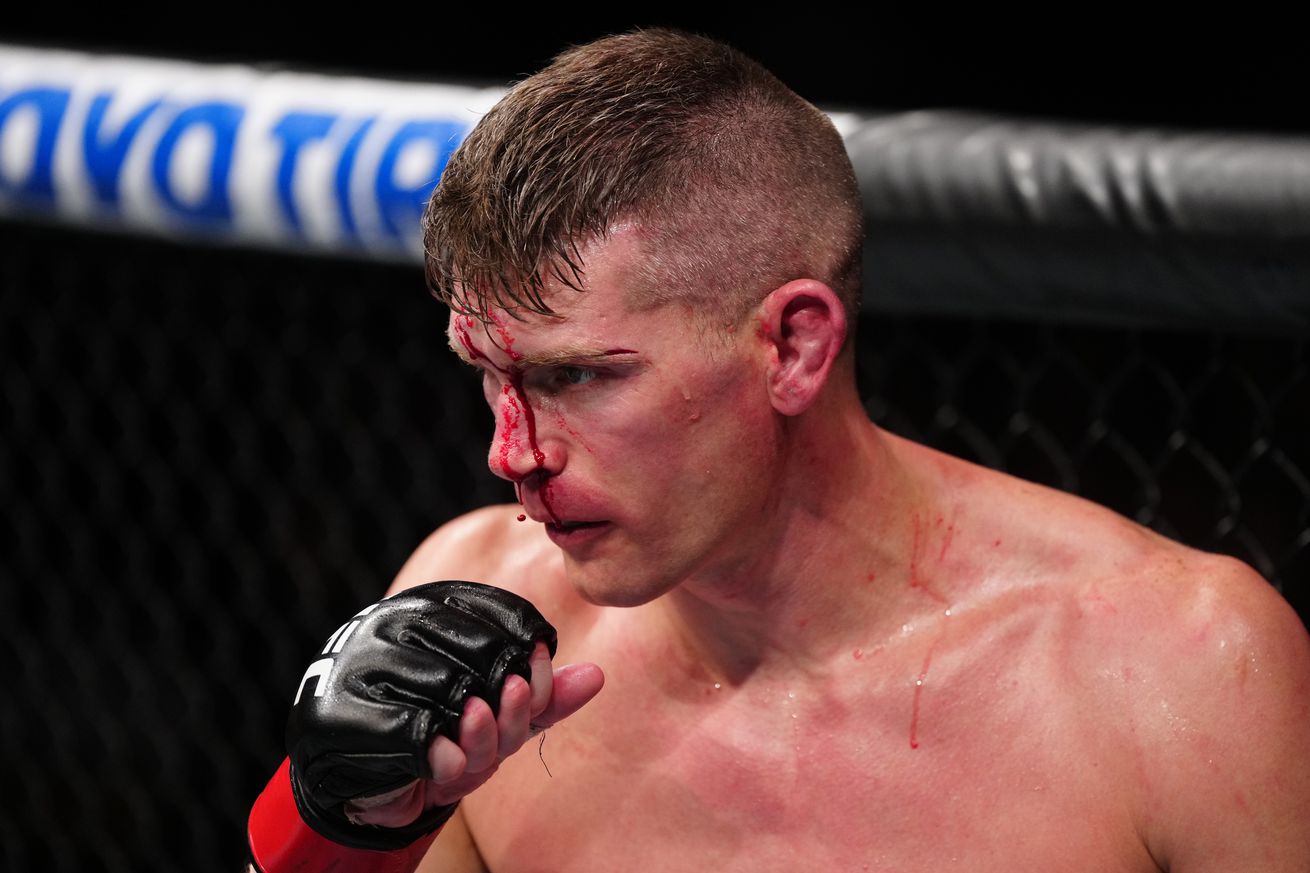 “Wonderboy” took some trauma to the face en route to his fourth round corner stoppage win over Kevin Holland. Watch as doctors stitch him back up.

Stephen Thompson will have two new scars on his face as a reminder of the war he fought with Kevin Holland at UFC Orlando late Saturday night.

Thompson survived a scary first round to turn the fight in his favor, winning the second, third, and fourth rounds on our scorecard. No judges were needed, though, as Kevin Holland’s corner threw in the towel in the dying seconds of the fourth round. Their fighter had simply taken too much damage and had no route to victory. It was refreshing to see an MMA team make the call and save their fighter from getting completely knocked out.

After the fight, Holland went to the hospital with three broken knuckles in his right hand. “Wonderboy” Thompson got stitched up backstage, and the moment was captured by his friend, training partner, and brother-in-law Chris Weidman.

“They keep wanting to give me these grapplers but every time we do a stand-up fight we get Fight of the Night,” Thompson said as the doctor prepared his forehead for stitches. “Come on, people, y’all understand the words coming out of my mouth?”

The procedure didn’t seem to bother “Wonderboy” at all, and he casually chats with friends and family in the changeroom through the process. At the end he shared a message for his fans.

“I’ve been looking through my social media and I’ve seen all the comments, all the love,” he said. “I want to thank you guys so much, I appreciate it. I’m a little banged up, but I’m feeling good. Thank you to Kevin Holland for everything, my brother. It was a war and I appreciate it. We got Fight of the Night, baby! Let’s go. See y’all soon.”

The win over Kevin Holland snaps a two-fight losing skid for Thompson — two fights that once again showed his kryptonite is strong wrestlers. That’s never been much of a surprise, and it’s put a natural ceiling on Stephen’s upward momentum in the 170 pound division. So if he’s not fighting towards the belt, Thompson figures it’s okay for him to ask that he not fight Caucasus wrestling champions for the foreseeable future.

Honestly, he’s right: it’s so much better watching him fight strikers. But the UFC isn’t a promotion you can hang around in with a glaring weaknesses in your game. If it comes down to getting kicked in the face with a bunch of sneaky karate kicks and taking the fight to the ground, I know what the majority of UFC welterweights are going to do against “Wonderboy.”