Video: Adesanya Tackles Turkey Drumstick Of Death On ‘Hot Ones’ 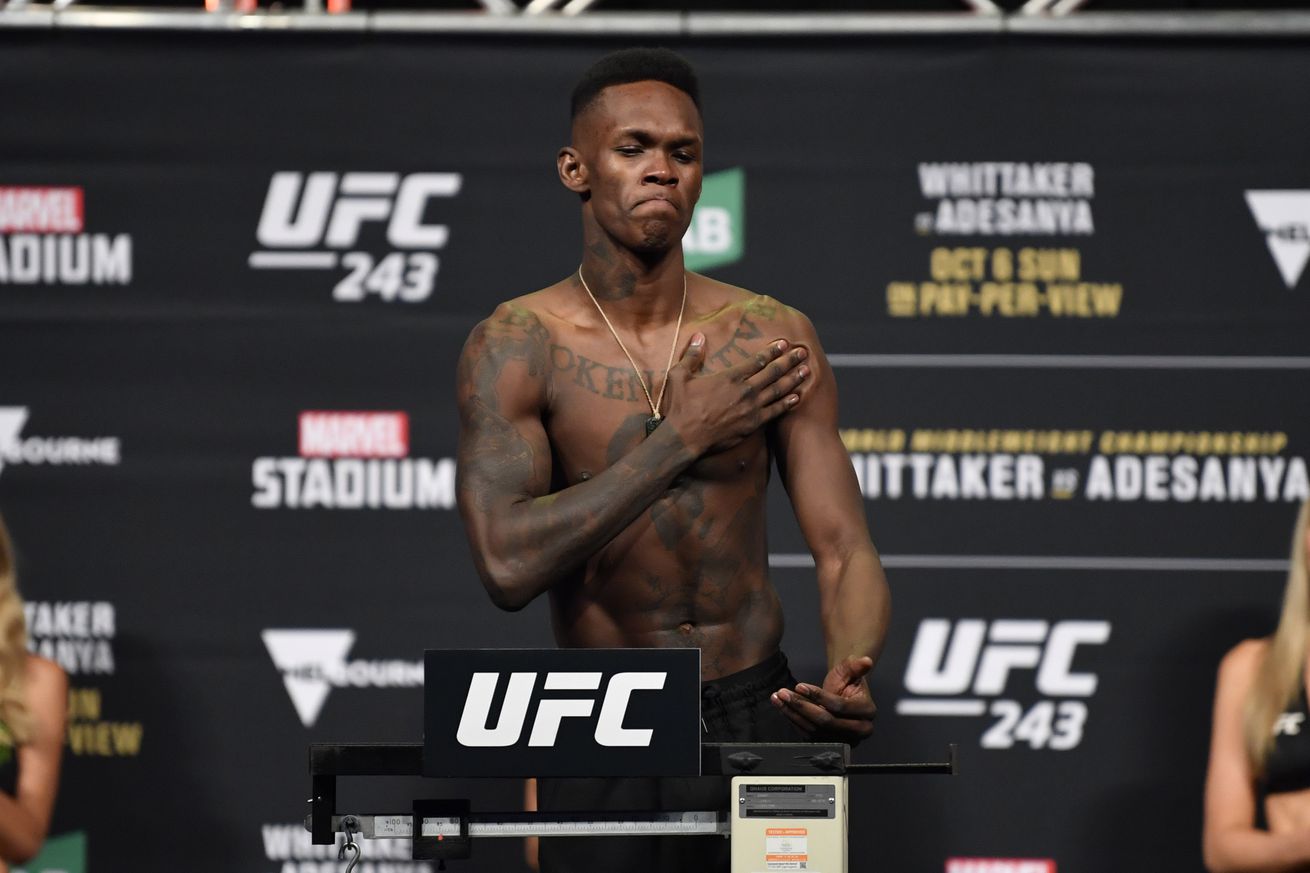 For a special Thanksgiving edition of Hot Ones, former middleweight champ Israel Adesanya turned up for a collection of chicken wings and turkey drumsticks slathered in the hottest sauce around.

Israel Adesanya has returned to ‘Hot Ones.’

“The Last Stylebender” is already familiar with the chicken wings and hot sauce eating YouTube show. Two years ago he did a special Truth or Dab edition of Hot Ones alongside heavyweight boxing champ Anthony Joshua. Now Izzy is back for a proper sitdown with host Sean Evans, and they go deep on the heat and Adesanya’s headspace after losing his title at UFC 281.

It being a Thanksgiving episode, it started with a question about being thankful.

“It wasn’t long ago, I still remember getting five bucks on pump seven at the gas station, so being in this situation you just have to be grateful for everything — the good, the bad, the ugly, the beautiful ... everything.”

Evans also asked Adesanya about his theatrical walkout at UFC 243 where “The Last Stylebender” pulled out some dance moves and cartwheels on the way to the cage.

“That’s the best one by far,” Adesanya said. “That was UFC 243 in Melbourne, Australia. It was my second time about to fight in Melbourne, the first time was Anderson [Silva]. And the first time, when I fought Anderson, I told Dana [White] I wanted to do something for the walk-in, and Dana was like ‘Naaah,’ he’s not really about that kind of s—. So I was like ‘Whatever then.’ Because Robert [Whittaker] was supposed to headline that show, I ended up headlining it because he called in sick.”

Israel Adesanya may have changed the walkout game forever at the weekend with his choreographed entrance at UFC 243 pic.twitter.com/p4rYVxpKU1

“And then when it was the next time, me vs. Robert, I was like ‘Nah, this is my show, this is my time.’ 57,127 people, biggest [UFC] attendance to date. So I came out to this track, Hyped To Hype, came out with my boys, and it just set the tone because I walked out onto that stage, that arena, into the Octagon like a king. I felt like a god. And what did I do? I went in there, showed off, and showed out, and closed the show in a beautiful way. And I defended my title for the first time.”

Adesanya made it all the way to 642,000 Scovilles, albeit with tears running down his face. To wrap up the show, he shared his outlook for the coming holidays.

“For the first time in a long time I’m going to enjoy Christmas with my family, properly,” he said. “All of us together. And New Years, actually celebrate with a countdown and everything. And pretty much just enjoy life. There’s more to life than fighting. I love this game, I’m still a savage in this beast. I’m coming back for everything, like I said, the hunter becomes the hunted. But: you have to enjoy life, because there’s more to life than fighting.”

“So right now it’s time to smell the roses and then eventually the warrior will get back in the garden.”