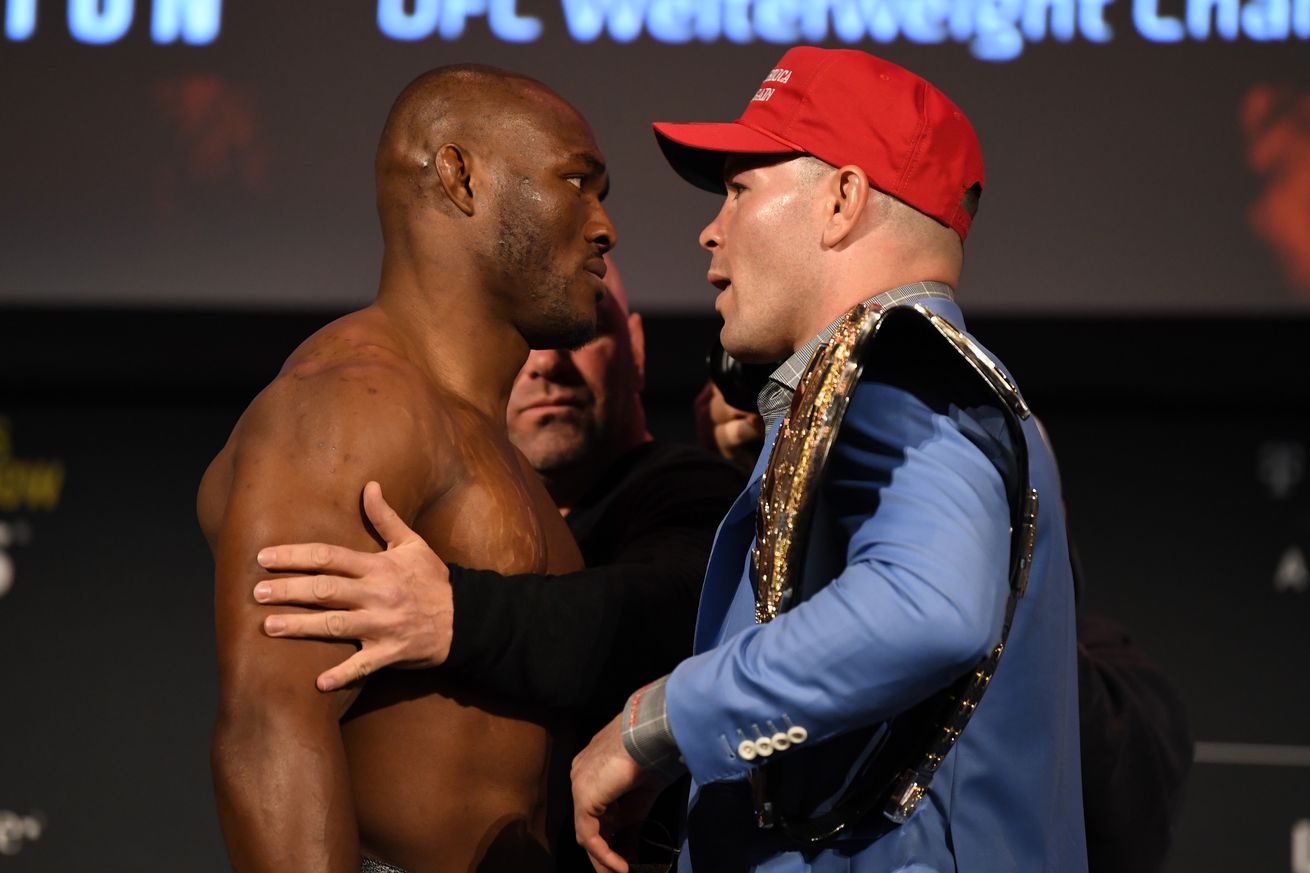 Kamaru Usman and Colby Covington have had a lot of heated exchanges in their UFC careers.

Kamaru Usman and Colby Covington do not like each other, clearly.

Usman vs. Covington 2 headlines UFC 268, taking place inside Madison Square Garden in New York City, New York on Sat. Nov. 6 via ESPN+ pay-per-view (PPV). The two parties have had no shortage of heated exchanges, from press conferences to buffet lines.

SB Nation’s Combat Culture has compiled eight minutes of the best (or worst, depending on your expectations) of the trash talk between Usman and Covington. “The Nigerian Nightmare” is the reigning Ultimate Fighting Championship (UFC) Welterweight king; meanwhile, “Chaos” is the top contender.

The two foes first fought at UFC 245, which took place inside the T-Mobile Arena in Las Vegas, Nev. on Dec. 14. The competitive Fight of the Night contest ended via late fifth-round technical knockout (TKO) after Usman put away Covington (watch highlights).

Finished reading this story? The party doesn’t have to stop. Click here to get more of the latest combat sports news.