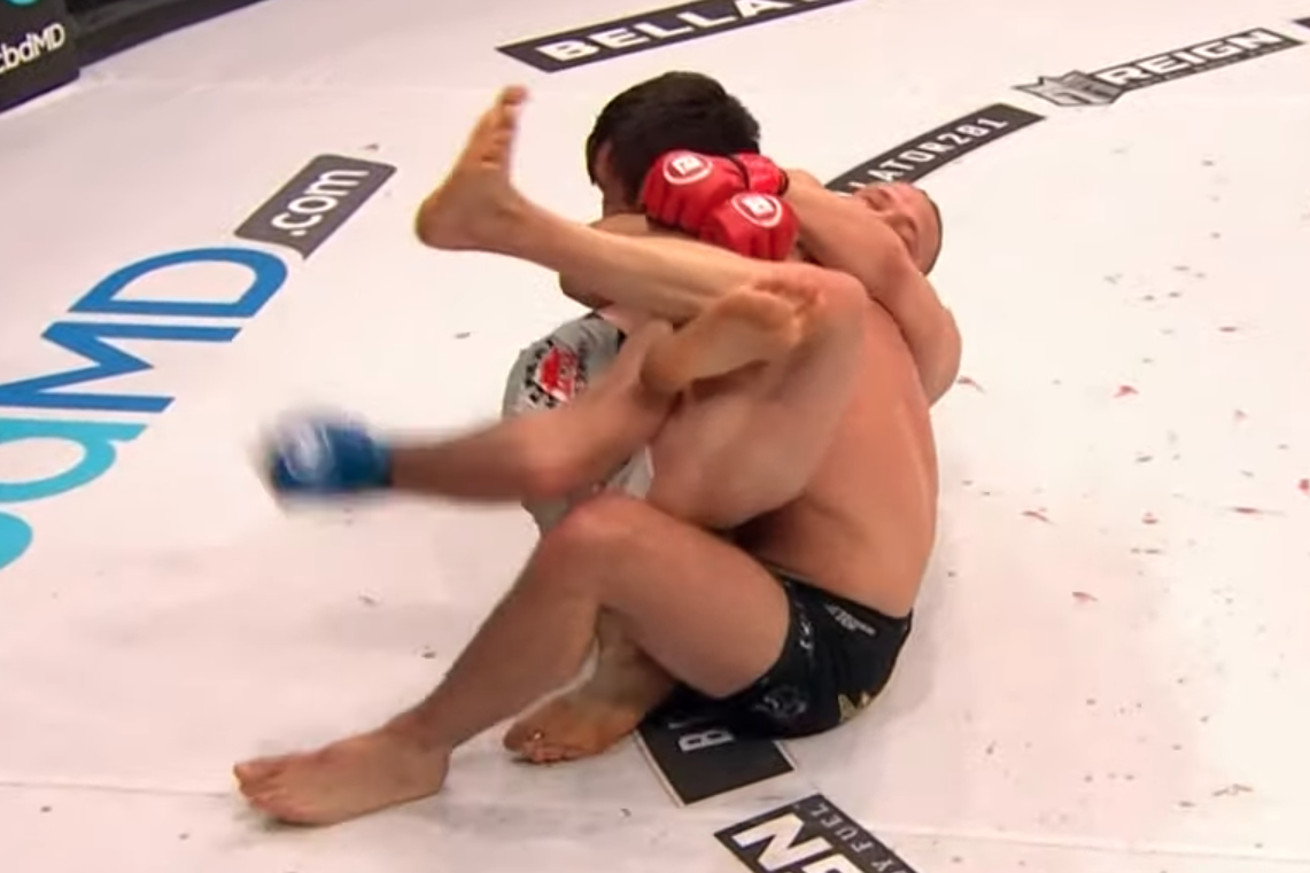 Oliver Enkamp pulled off one of the slickest submission finishes the MMA world will see all year at Bellator 281.

A former UFC welterweight fighting out of Sweden, Enkamp was caught in a back-and-forth contest with Mark Lemminger on the undercard of Bellator 281 before pulling off a monster inverted triangle from bottom side control. Lemminger charged inside and took Enkamp down off a spinning heel kick attempt, only for Enkamp to immediately lock the American up in the fight-ending choke — which was initially incorrectly identified as a buggy choke — just 25 seconds into the third round.

Video of the wild “Submission of the Year” candidate can be seen below.

@OliverEnkamp sinks in the buggy choke to add an 1️⃣1️⃣th win to his pro record at #Bellator281.

The finish was initially called out by the Bellator commentary team as buggy choke, a rarely seen technique developed in recent years by Austin Hardt, a member of Ralph Gracie’s California-based jiu-jitsu team. It would’ve been the first-ever buggy choke seen under the Bellator umbrella.