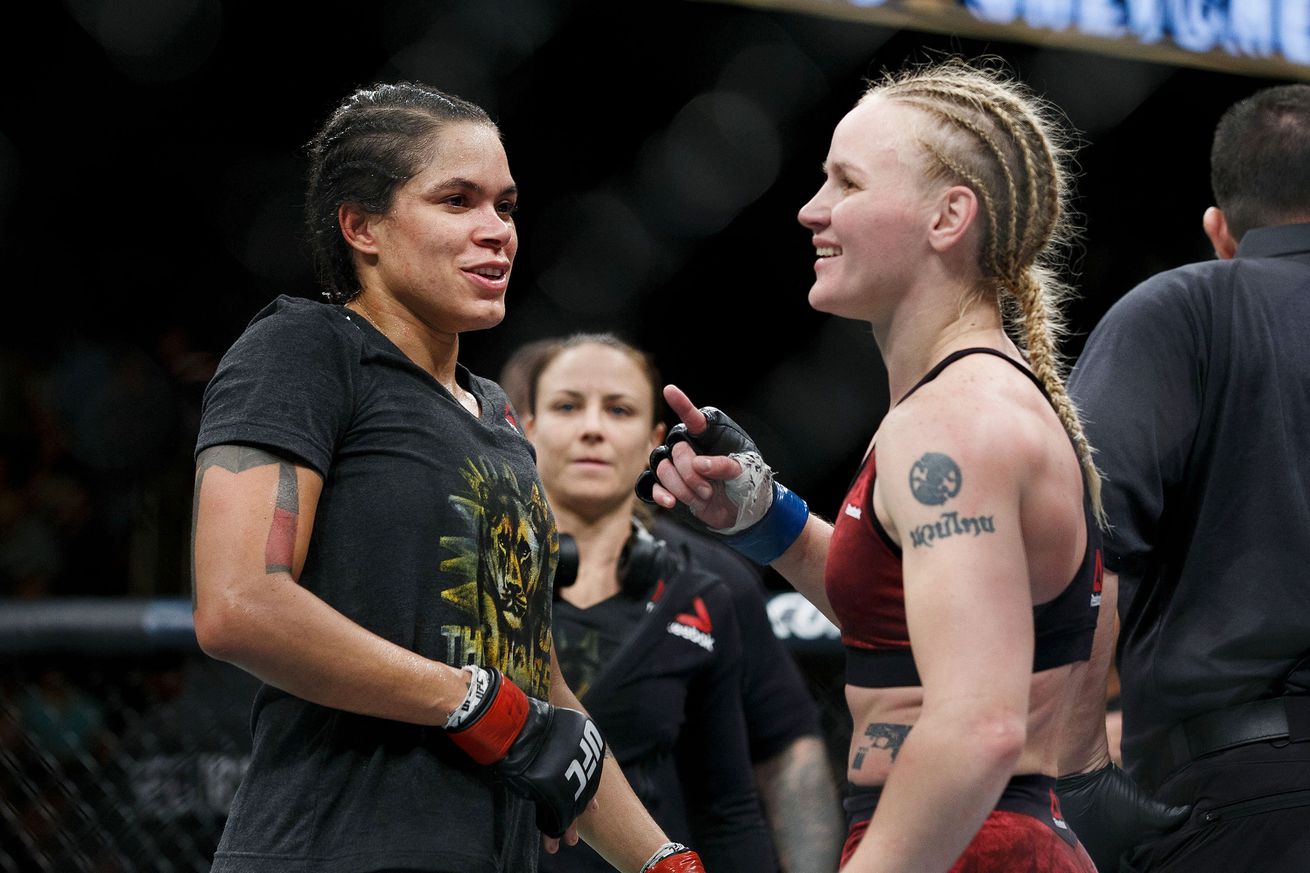 Valentina Shevchenko may be one win away from securing a third shot at UFC double champ Amanda Nunes.

Shevchenko, who defends her UFC women’s flyweight title against Jennifer Maia this weekend at UFC 255, is undoubtedly one of the best all-around fighters in the world today. She has already decimated the 125-pound division and a win over Maia will leave Shevchenko with limited options when it comes to viable title contenders.

In turn, Shevchenko may end up deciding to move back up to bantamweight and test her luck one more time against Nunes. The two champions have met twice before in UFC competition. Nunes won both of those contests via decision, which is a true testament to her own dominance, but the fights were extremely competitive. They remain the only two losses on Shevchenko’s UFC resume.

While Nunes is also the UFC women’s featherweight champion and has two divisions to juggle she isn’t exactly overwhelmed with top competition. “Lioness” will likely be re-booked to defend her 145-pound title against Megan Anderson early next year, but after that she’s wide open.

UFC president Dana White, who spoke with TMZ Sports earlier this week, seems to be on board with a Nunes vs. Shevchenko trilogy.

“Sure. Those two keep cleaning out divisions. It just makes sense to see those two fight again,” said White.

Shevchenko, who will be defending her UFC women’s flyweight title for the fourth-straight time at UFC 255, could also be in line for a superfight with strawweight queen Weili Zhang. The UFC’s Chinese champion has looked downright unstoppable since making her Octagon debut just over two years ago and could move up in weight to try and grab a second belt.

“I don’t know (what’s next). There’s talk about her and Weili Zhang if Weili wins her next fight (against Rose Namajunas). I don’t know,” said White.

First and foremost, Shevchenko needs to get past Maia tonight in Vegas to have any shot of landing big fights with Nunes and Zhang. The 32-year-old champion has never looked better since her drop down to flyweight and is a massive favorite entering UFC 255. Fight fans will be expecting a spectacular performance from the one called “Bullet.”