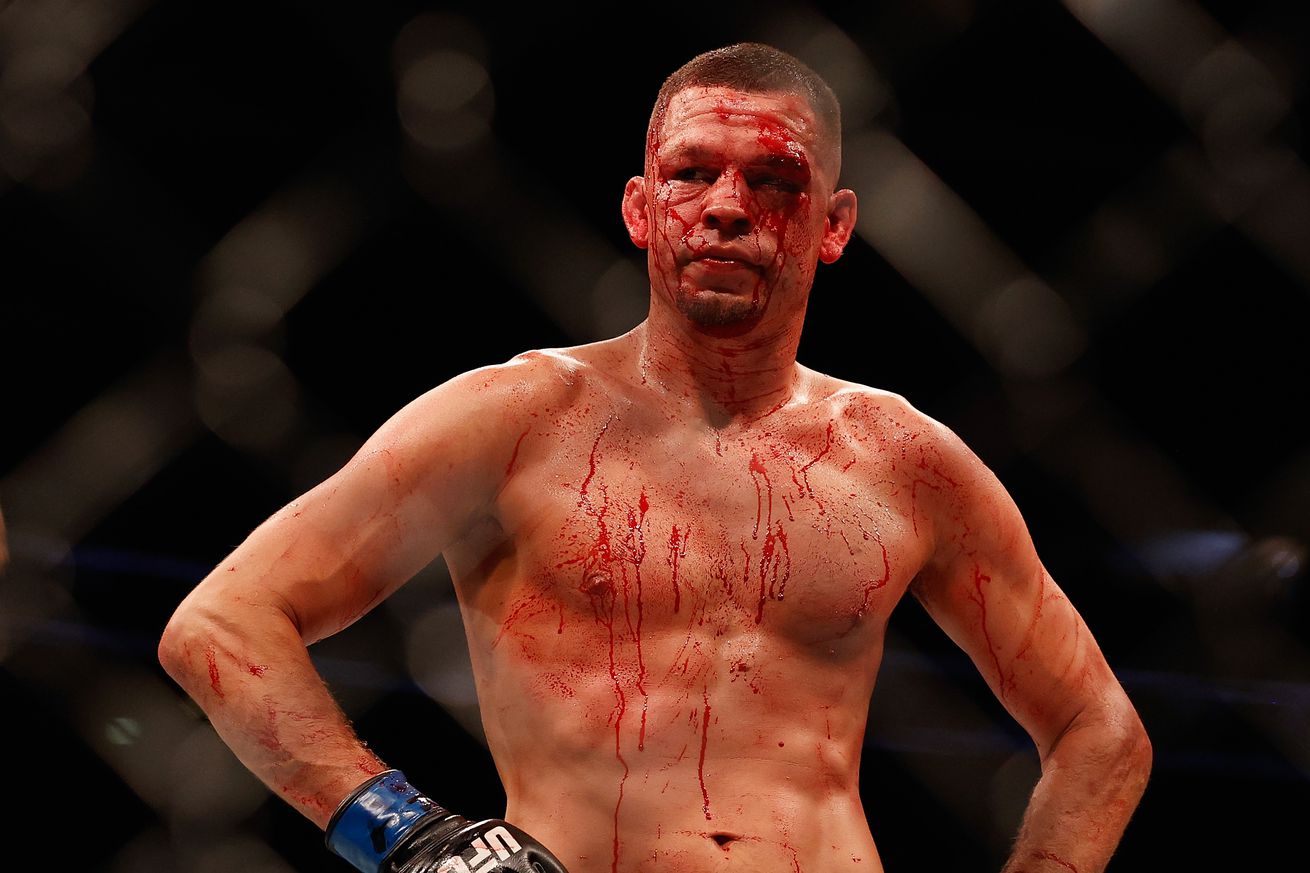 Free agency has become much more commonplace in MMA in recent years, but two very high-profile fighters are likely to hit the open market in the near future.

With one fight left on his current contract in the UFC, Nate Diaz has made it clear that he wants to compete sooner rather than later after previously calling out Vicente Luque and Tony Ferguson. All signs point to Diaz completing his contract and then testing the free agency market, though he could obviously re-sign with the UFC before he books that final fight.

That said, UFC President Dana White can’t say with absolutely certainly that Diaz will return to the promotion he’s called home since 2007. But he’ll leave that up to the former “BMF’ title challenger to decide.

“That’s a decision he needs to make,” White said when speaking with TSN. “Listen, for a lot of these guys, there’s no secret about it. If you believe that you are one of the best in the world and you believe you can win a world title here, or hang with the top five, then this is where you should be.

“The minute that you start doubting that is the case, you’ve got to start looking at other options.”

While discussing the situation with Diaz and his contract, White referenced former heavyweight champion Junior Dos Santos, who was very unhappy with the way he was treated prior to his release from the promotion.

White downplayed the complaints and instead pointed to the shortcomings Dos Santos had in the octagon, which is what he says ultimately decided whether or not he’d maintain a spot on the UFC roster.

“Junior Dos Santos said some stuff the other day that he was upset, and I was all about money and the way that he left [the UFC],” White said. “Listen, he’s in his 40s now. He’s on a four- or five-fight losing streak, and there comes a time and a day where I have to make a decision when a guy keeps losing and he’s at a certain age, this just isn’t the place to be anymore.

“There’s tons of other places where you can go fight and where you can make a lot of money. A lot of these guys once they’ve built and established their name here, move on to these other promotions and make crazy money. And good for them. That’s just how it works.”

By comparison, White can’t be certain what Diaz is thinking.

“As far as Nate Diaz goes, I don’t know where Nate feels he is right now and what he feels his future could be if he signs another four- or five-fight deal here, “ White said.

As Diaz contemplates his future after 14 years spent with the UFC, two-time Olympic gold medalist Kayla Harrison is about to truly test her free agency for the first time.

When she was a coveted prospect with a background in judo, Harrison hadn’t established herself in the cage. But with a perfect 11-0 record ahead of her fight in the 2021 PFL finals on Wednesday, she’s now proven that she ranks among the best fighters in the world.

Harrison hasn’t truly addressed her free agency as she’s remained focused on her upcoming fight while also depending on her manager Ali Abdelaziz to continue working for her behind the scenes.

There will definitely be options beyond the PFL once Harrison hits the open market, but White said she’s actually better served by just staying where she’s at right now.

“Kayla Harrison’s a great example,” White said. “[PFL] pays her an obscene amount of money to fight over there. If I was her, I’d stay right where she is and keep picking off the people over here. When you come here [to the UFC], Amanda Nunes is no joke. [Valentina] Shevchenko is no joke. Rose Namajunas is [no joke]. These are all the best women in the world. These are the best female fighters in the world.

“I don’t blame her. I would stay there and keep fighting the type of women she’s fighting there before I would come here and fight an Amanda Nunes.”

White has waffled back and forth in the past when asked for his interest in Harrison but it looks like he’s not quite ready to make a serious push to pursue her now even as she approaches free agency in a matter of days.