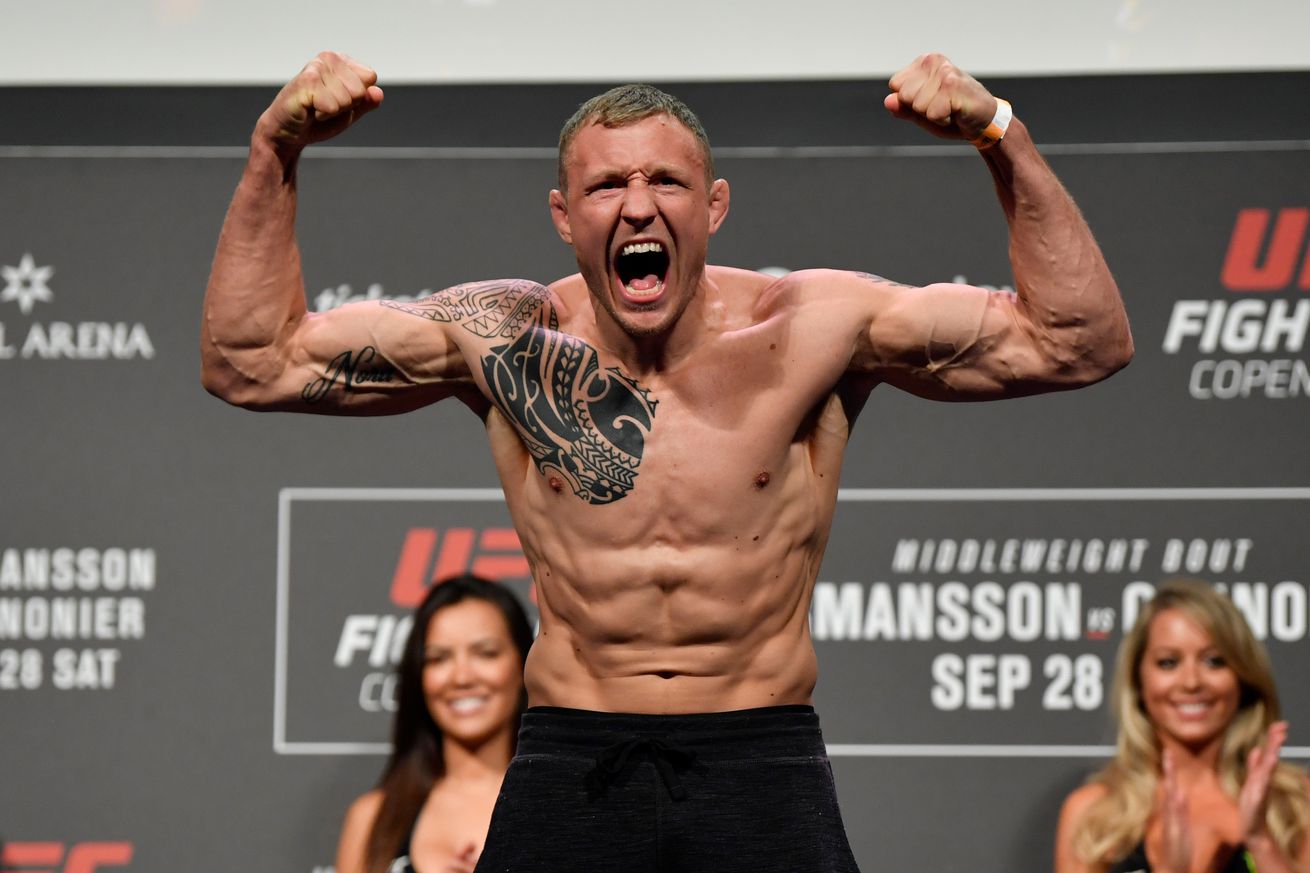 Jack Hermansson will continue his journey to a UFC middleweight title shot later this evening (Sat., Dec. 5, 2020) at UFC Vegas 16 live on ESPN+/ESPN2 from inside UFC APEX in Las Vegas, Nevada, when “Joker” takes on Marvin Vettori in the main event.

For Hermansson, this is another opportunity to prove he’s ready to fight for a UFC title in the near future. The 32-year-old contender has produced a 5-1 record since the start of 2018 and could be a performance or two away from scoring a meeting with current UFC middleweight champion Israel Adesanya, who will move up and try to win the 205-pound belt early next year.

While Hermansson’s UFC Vegas 16 counterpart believes Adesanya’s move to light heavyweight is “bullsh-t,” Hermansson doesn’t seem too worried about it. In fact, “Joker” would love to see Adesanya win a second UFC title and then face the double champ at the end of next year.

“If he will fight Jan in the first half of next year, then he will defend his middleweight belt at the end of next year, that will be all right,” said Hermansson during UFC Vegas 16’s virtual media day. “Especially if he wins, he becomes the undefeated double-champ.

“I would like to fight a guy like that. I’m hoping he can pull it off and he will be able to fight in middleweight next year.”

Hermansson will be competing in his third main event in his last four Octagon appearances when he faces off with Vettori at UFC Vegas 16. It wasn’t the most likely matchup considering “Joker” was originally pegged to face Darren Till and then Kevin Holland, but the show must go on.

“It was a little bit frustrating at first,” Hermansson said. “But then when I accepted Kevin Holland, you leave that behind and you don’t think about it anymore. Then I got a new opponent and he has a number beside his name so that’s good.

“Definitely some frustration in the process there when I had to accept Kevin Holland to get the fight.”

As for the main event itself, Hermansson is aiming to become the first fighter to ever finish Vettori. Through 20 professional fights, including a 2018 clash with Adesanya, “Italian Dream” has never been stopped inside of the cage. If Hermansson is able to end that streak Saturday night it will do wonders for his bid for a title shot entering 2021.

“I feel like if I finish Marvin Vettori, I’m going to do something nobody else has been doing,” Hermansson said. “I’ve done it before with people that was never finished and I feel like I’m going to pull it off this time. If I do, I definitely feel like I will show everybody that I am on that next level and I do deserve to fight for the title.”