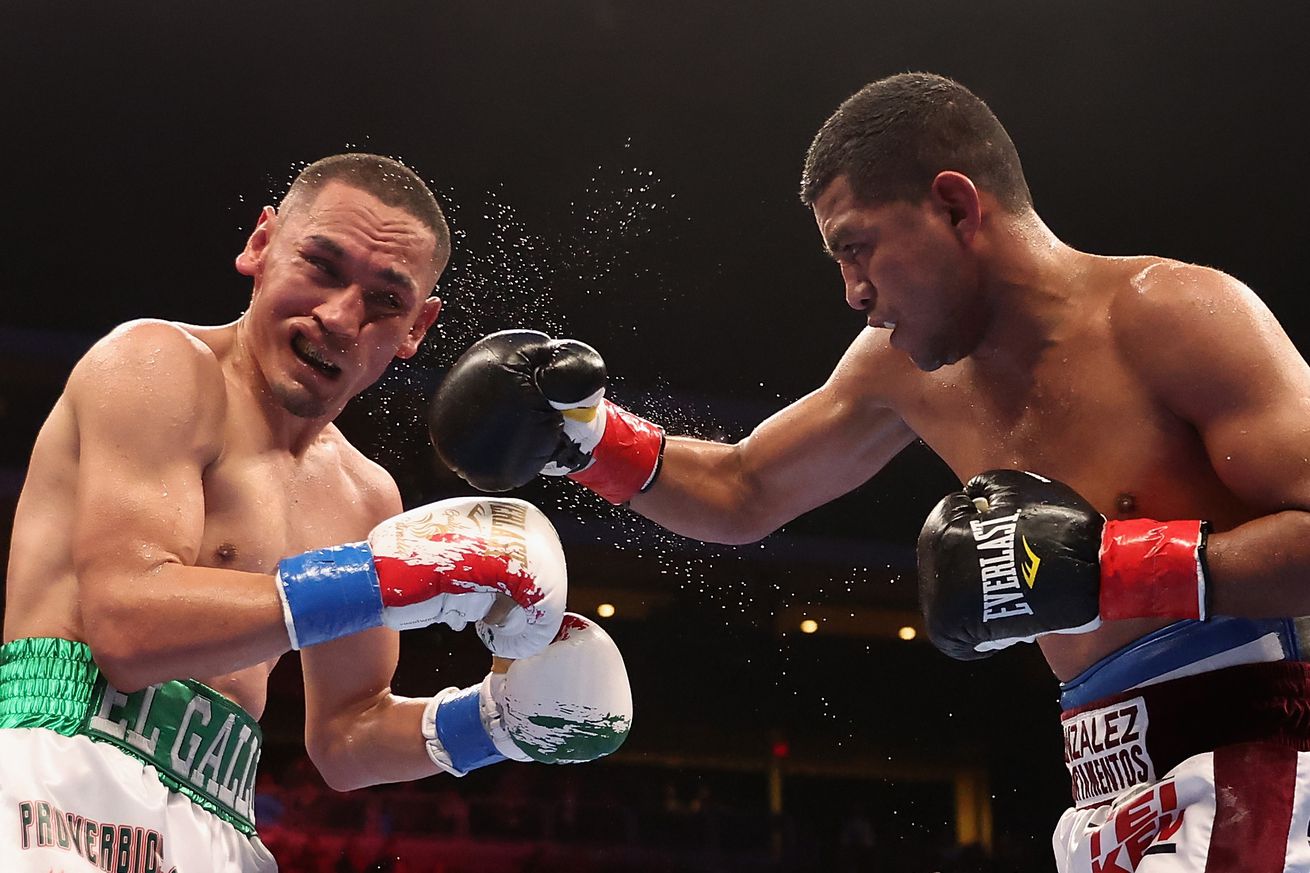 Estrada vs. Gonzalez 3 was a back and forth battle of wills, with Estrada clinching the trilogy 2-1.

It was a weekend of trilogy fights in boxing as “Chocolatito” aka Roman Gonzalez stepped into the ring for a third time against Juan Francisco Estrada. Their history goes all the way back to 2012 when Gonzalez beat Estrada via unanimous decision. A second fight in March 2021 ended via controversial split decision. And now a third fight was only slightly more conclusive, with Estrada barely beating “Chocolatito” with a 114-114, 115-113. and 116-112 majority decision.

The fight saw Estrada start strong, punishing Gonzalez with punches as the Nicaraguan pressured forward and dodging away from the ropes with ease. It took “Chocolatito” a full five rounds to find his groove, but once he did the fight altered considerably. All of a sudden his flurries were connecting, and Estrada found himself pinned in the corner multiple times.

We had Estrada and Gonzalez even on the scorecards going into the last two rounds. But it was Estrada who dug a bit deeper, upping his output and seizing back the momentum. Two judges gave him both rounds while the third awarded Gonzalez the 11th.

Following the decision, the 35-year-old “Chocolatito” wouldn’t confirm or deny a decision to retire from the sport.

If Gonzalez decides to continue, the close score and compelling action could result in a fourth fight against Estrada.

“I do believe that Roman deserves a fourth fight,” Estrada said. “I think we left the result clear about who the winner was, and if he wants the fourth fight, we can do it.”

Catch all the highlights from the Juan Francisco Estrada vs. Roman “Chocolatito” Gonzalez fight below:

Chocolatito won't make a decision on his future yet, but he doesn't close the door on a 4th fight vs. El Gallo #EstradaChocolatito3 pic.twitter.com/ePEj5Un0YC

WOW what a fight!!! 115-113 Estrada for me! @DAZNBoxing Scorecards below.. pic.twitter.com/NJP47sadey