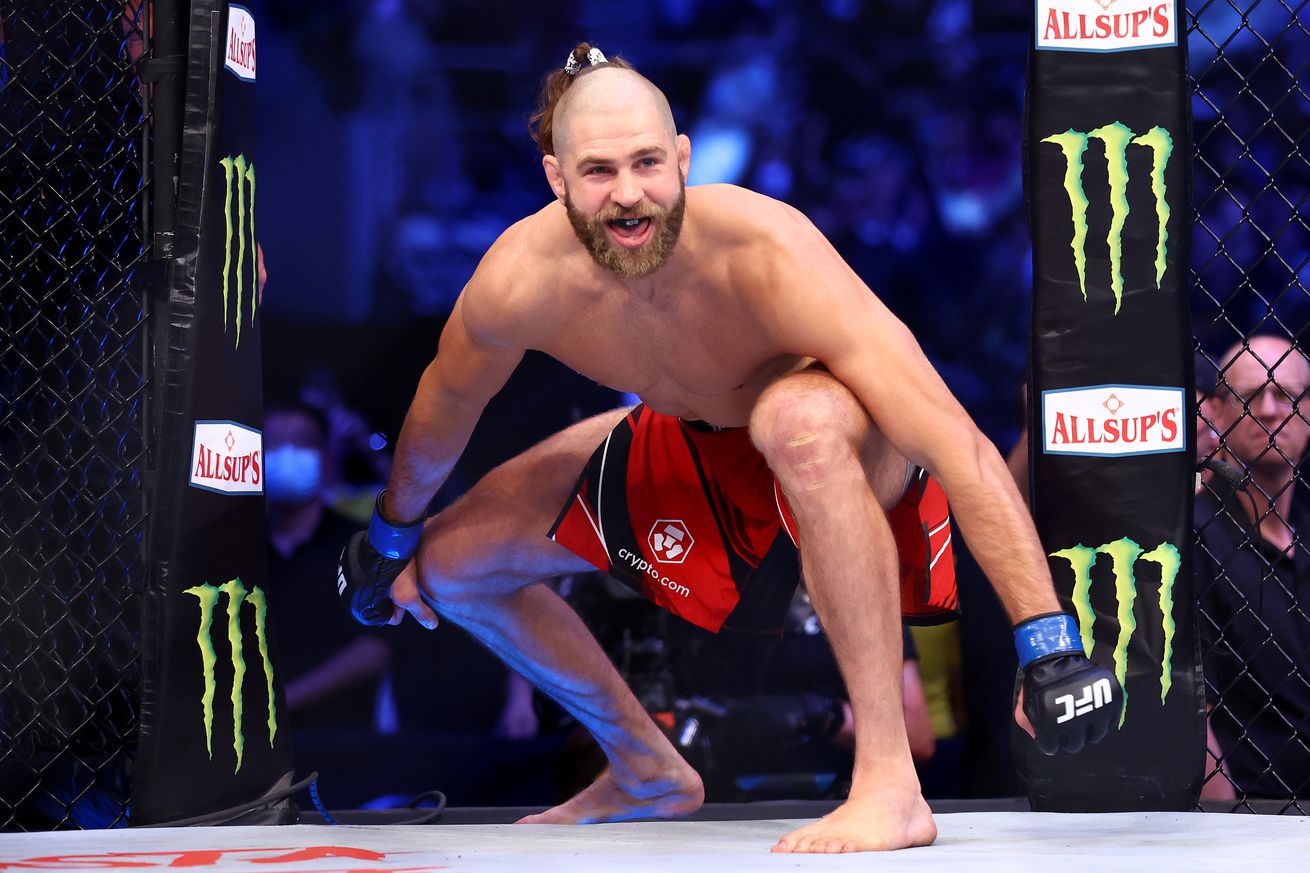 Jiri Prochazka’s rematch with Glover Teixeira will not take place at UFC 282 after Prochazka suffered “a shoulder injury that will require a significant rehabilitation period,” the UFC announced on Wednesday following an initial report from Yahoo! Sports.

As a result of the scratch, Prochazka has vacated the UFC light heavyweight title and the UFC has promoted a light heavyweight fight between ex-champ Jan Blachowicz and Magomed Ankaleav to the main event of the Dec. 10 pay-per-view, which takes place at T-Mobile Arena in Las Vegas. The UFC is offering refunds to ticketholders of the original main event.

“Out of respect to the athletes and the division, Prochazka has elected to vacate his title and will compete for the belt as soon as he is medically cleared,” the UFC stated in a prepared release sent to MMA Fighting.

According to ESPN.com, the nature of the injury could possibly require up to one year of recovery time. A person close to Prochazka, who declined to be named publicly due to the sensitivity of the fighter’s situation, confirmed the injury was to the now ex-champ’s shoulder. The person said the injury will require surgery and added it “will be a long road back unfortunately.”

MMA Fighting was not immediately able to reach Teixeira for comment on the shakeup.

The reportedly former light heavyweight champ was set to make his first title defense in a rematch of a “Fight of the Year” candidate against ex-champ Teixeira, who lost via fifth-round submission in their first meeting, a back-and-forth slugfest in June at UFC 275.

The Blachowicz vs. Ankalaev matchup put the winner in prime position to vie for the title. Blachowicz, who ceded the belt to Teixeira in 2021, called out Prochazka immediately after the Czech fighter’s title win. But the new champ decided instead to run back his fight with Teixeira, wanting to correct what he felt was his worst career performance.

Below is the UFC’s full statement on Prochazka’s injury and the new UFC 282 main event:

UFC light heavyweight champion Jiri Prochazka has suffered a shoulder injury that will require a significant rehabilitation period. Out of respect to the athletes and the division, Prochazka has elected to vacate his title and will compete for the belt as soon as he is medically cleared.

As a result, the new UFC 282 main event will see former champion and No. 2 ranked Jan Blachowicz take on surging No. 3 ranked Magomed Ankalaev for the vacant, undisputed UFC light heavyweight championship.

A Brazilian Jiu-Jitsu black belt with legendary knockout power, Blachowicz has finished four of his last six wins in emphatic fashion and looks to recapture his lost crown with another signature victory. Ankalaev is currently riding the second-longest win streak in UFC light heavyweight history with nine victories, including five via finish, and plans to extend his streak by claiming his first UFC title.

Due to a change in the main event, refunds will be available at point of sale. UFC 282: BLACHOWICZ vs ANKALAEV takes place Saturday, December 10 from T-Mobile Arena in Las Vegas.