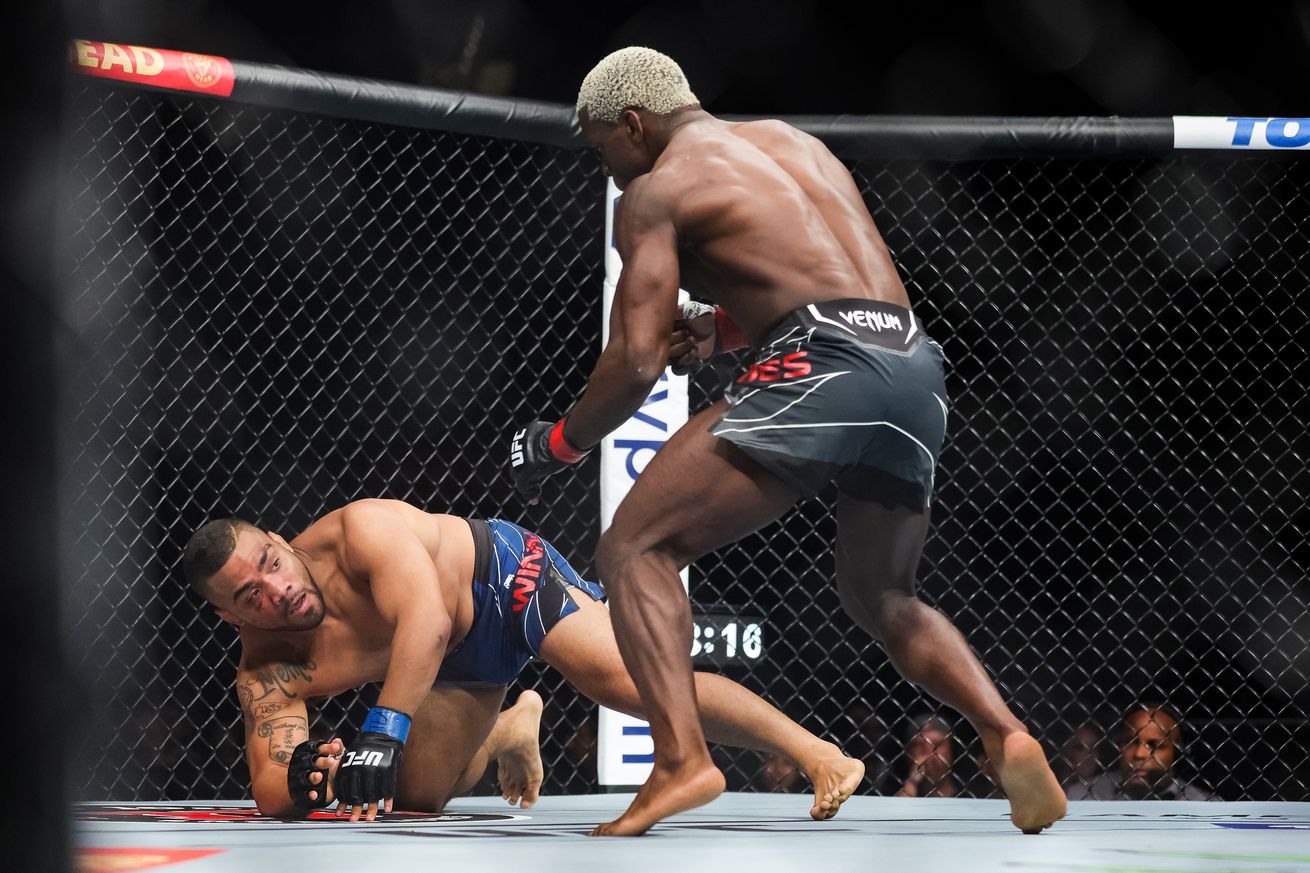 Deron Winn has every right to be in a foul mood.

Not only did the 33 year-old Missourian lose to Phil Hawes at the UFC Austin event last weekend in Texas, he also broke his orbital bone early in the fight and will be forced to undergo surgery, which could put him out of action for the rest of the year.

His sense of humor, however, remains intact.

“Quick breakdown of the fight for me,” Winn said (transcribed by Kristen King). “I break my orbital bone. Boom. Right there, twenty seconds in. He elbowed me. See how I’m grabbing my eye? I thought he poked me. It was such a weird feeling. Now the doc came in [to] see me before the next round. Boy, get your ass out the cage. We fighting! I heard some drunk dudes in the stands cheering me on, so I figured I’ll get up. I get up. I’m digging in my ear. I don’t even know what’s going on. We back to fighting. I’m trying to make it dirty. We throwing elbows. I’m throwing elbows. He elbows me for the three millionth time. I’m grabbing my head. Tired of getting elbowed. I’m like, ‘Stop! Elbowing! Me!’ He shoots on me, I sprawl. I think I’m on to something. Make it dirty. Dirty box! Throw some more elbows! Because we throwing elbows. He elbows me for the four millionth time, I’m looking at Herb like, ‘Boy, what took yo ass so long?’”

“I don’t know what to say except that I got my ass beat,” Winn wrote in an earlier post. “Got rocked early and I couldn’t fully get my legs back. I tried so hard in every aspect of preparing for this fight. I had to overcome some serious issues in my life to even be able to come back and step into the cage tonight or ever again for that matter. I’m sad of course. But I will hold my head high on the person I know I am becoming. My support system is out of this planet. The people who have stuck with me through the rough patches thank you. I’ll be back.”

The victory improved the “aggressive” Hawes to 12-3 with eight knockouts.