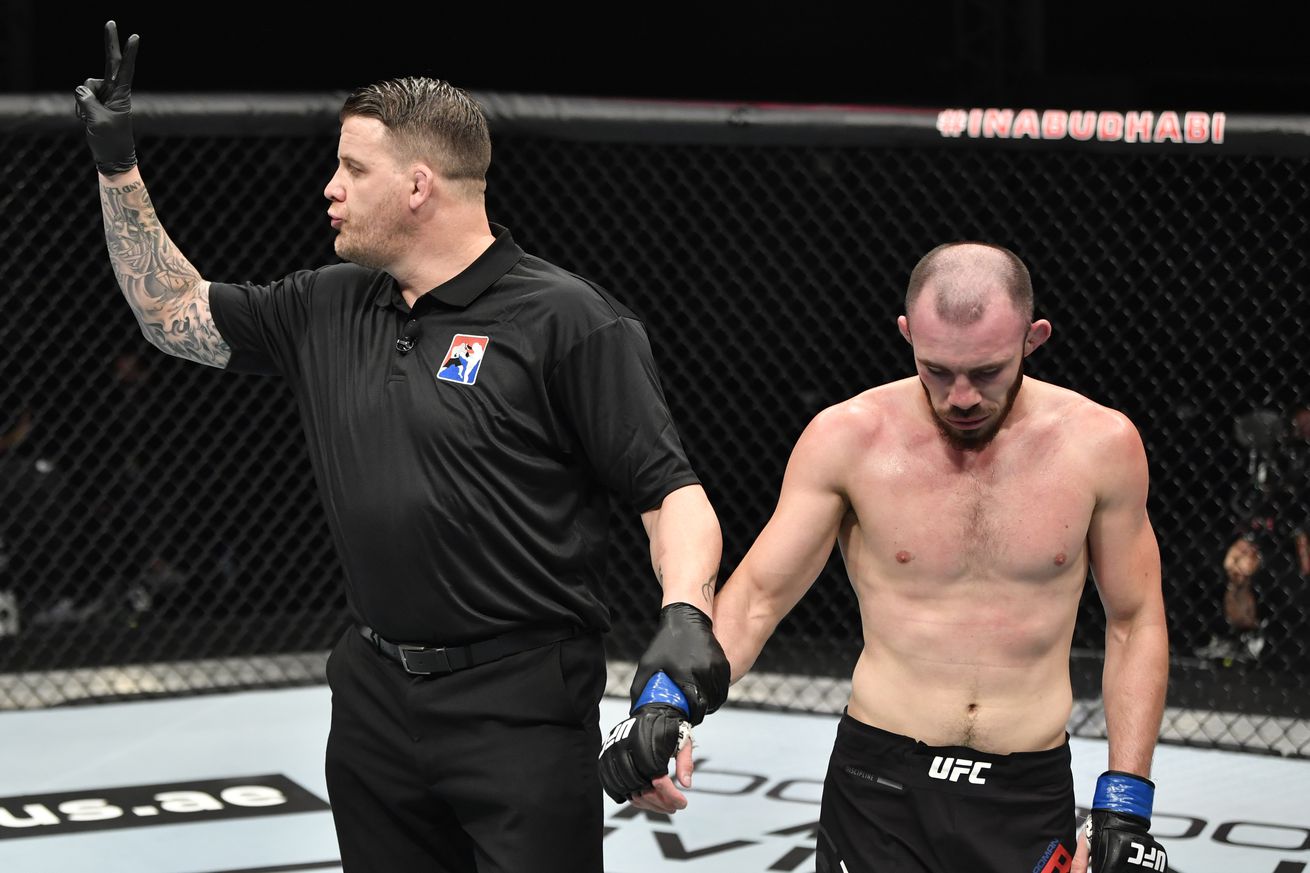 The UFC has decided to part ways with the Russian grappler after a performance on Fight Island that saw three fouls and a two point deduction.

One month after repeatedly fouling his way to a decision loss at UFC 251, Russian fighter Roman Bogatov has been released from his contract by the promotion.

confirmed with the outlet that the decision was made due to the illegal blows thrown in his fight against Leonardo Santos.

Roman Bogatov's contract with the UFC has been terminated after one fight in which he hit his opponent with 3 or 4 illegal strikes.

Bogatov threw three illegal knees in that fight, with two going low and hitting Santos in the groin and then a third smashing his opponent in the head while grounded. Following that last blatant and dangerous foul, the referee docked Bogatov two points. The final score on the judges’ scorecards: 29–26, 29–26, and 29–26 in favor of Santos.

Bogatov entered the UFC as an M-1 lightweight champion off the strength of his suffocating grappling game, but struggled in his single UFC fight against Santos to take the fight to the ground. A couple of sloppy knees later and he’s being sent back to the minors with a bit of a black mark on his name.

Roman is the latest name seen on the chopping block. In the past week, several other problem fighters have been given their walking papers including Ray Borg (who withdrew from numerous fights and missed weight multiple times), Eric Spicely (whose botched weight cut resulted in his last fight being called off), and Corey Anderson (who actually requested his release from the UFC so he could take his services to Bellator).