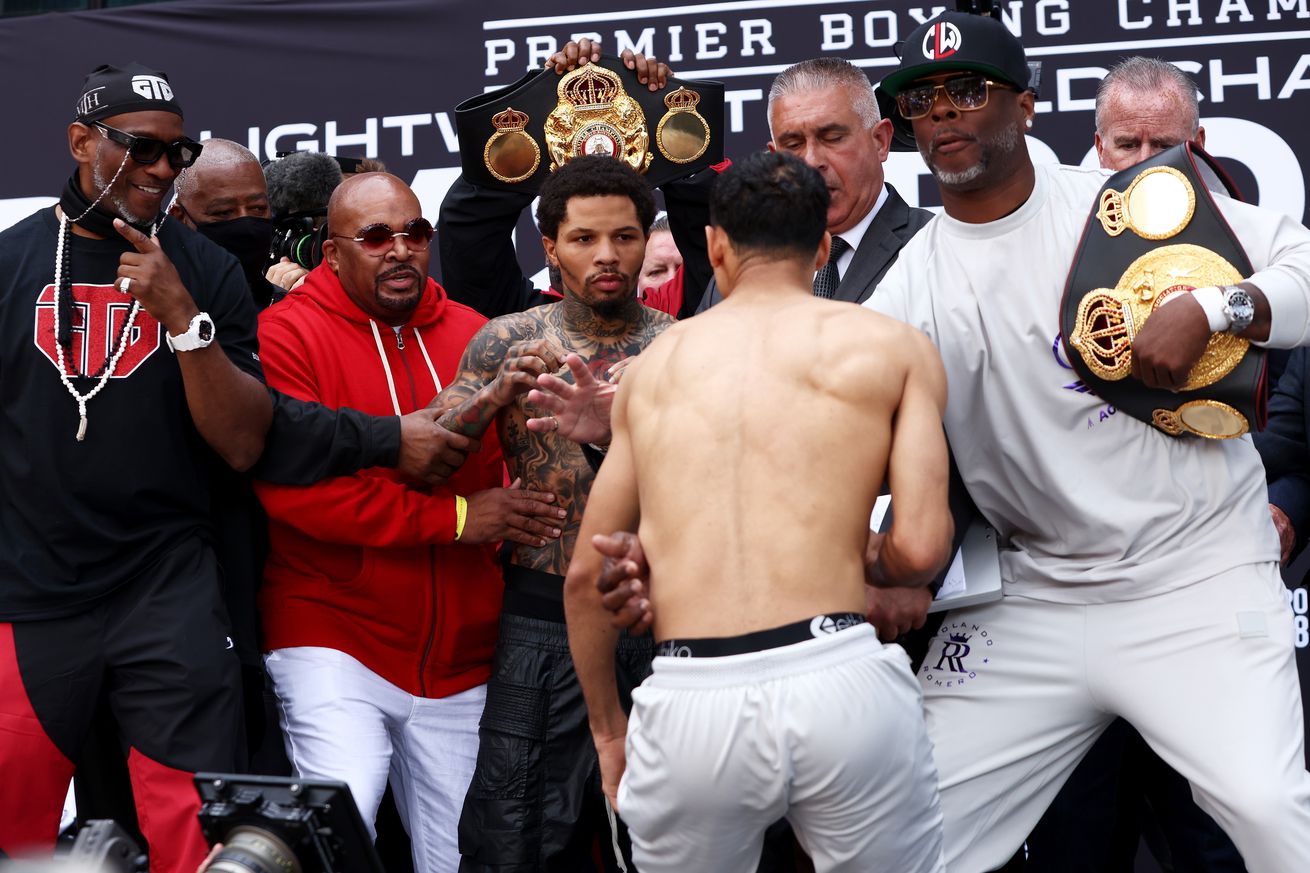 Both lightweights stepped on the scale and successfully weighed in to make their title fight official. As usual the two boxers were left to pose for the media in attendance. Davis started to flex for the cameras as Romero stepped in front of him to do the same. “Tank” didn’t enjoy getting one-upped so he decided to push Romero in the back sending him off of the stage. Luckily, Romero was able to land without injury.

As you may have expected, Romero quickly jumped back on stage and tried to confront Davis. A short melee ensued but security was front and center to break it up and prevent any punches from being thrown.

Check out the incident below:

Davis, 27, is widely regarded as one of the best fighters in boxing today. The Baltimore native has produced an undefeated record of 26-0 while capturing the WBA super featherweight, lightweight, and super lightweights titles over the past four years. Davis has also recorded 24 knockouts along the way making him one of the best finishers the sport has to offer.

Romero, 26, is also undefeated with a 14-0 record since turning professional back in 2016. He has recorded 12 career knockouts and held the WBA interim lightweight title from 2020 to August 2021. Romero will be a +500 underdog in his main event clash with Davis, but he has the skill to make it a dog fight.

Stick with Mania for full coverage of the ‘Davis vs. Romero’ fight card.