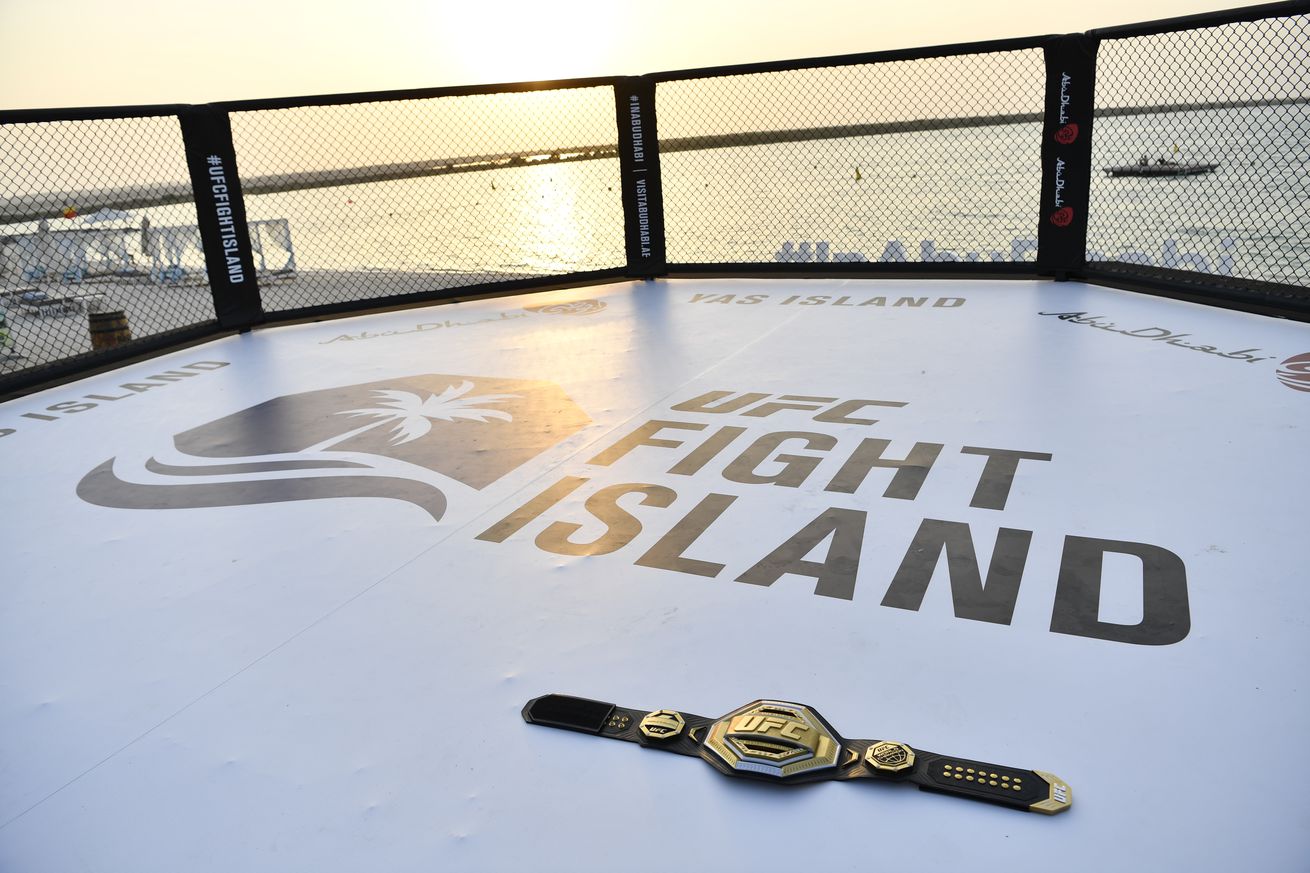 Get a detailed breakdown of the betting lines for UFC 267, which is set to hit Etihad Arena on “Fight Island” in Abu Dhabi this weekend (Sat., Oct. 30, 2021), including best bets, underdogs, favorites and much more!

No PPV price means more money to risk willy-nilly. Shall we?

What Went Wrong at UFC Vegas 41?

Daniel Da Silva fading after a strong opening? About what I expected. Seung Woo Choi’s poor grappling defense coming back to bite him in the ass again? Should have seen it coming. One-note brawler Laureano Staropoli deciding to turn into a cut-rate grinder against a guy physically incapable of maintaining range? That pisses me off, as does Grant Dawson gassing worse than he ever has.

That sucked. The silver lining is that Dawson’s draw didn’t kill his parlay, just limited the payout to Gregory Rodrigues’ line alone.

UFC 267 Odds For The Undercard:

Thoughts: We’re going to have to get creative to get a solid profit out of these lines. Let’s see what we can do with Virna Jandiroba, Andre Petroski, Damir Ismagulov and Tagir Ulanbekov.

Jandiroba’s top-notch Brazilian jiu-jitsu and wrestling — which I’d rank among the best in the division — already made her a problem for Amanda Ribas, but the much-improved striking she showed against Kanako Murata sold me completely. Ribas relies on scoring consistent takedowns, which she’s extremely unlikely to do against “Carcara,” and her recent knockout loss to Marina Rodriguez doesn’t fill me with hope about her chances on the feet.

Believe in the underdog!

Generally speaking, it’s not a great move to bet on match ups where one fighter is coming off a huge layoff, especially if said fighter is young enough to have improved considerably in the meantime. Still, Hu Yaozong is the only man Rashad Coulter managed to beat in the Octagon and was easily tossed around by Cyril Asker one fight prior. Flawed though he may be, Andre Petroski is far and away the best wrestler Hu has ever faced, so even with Tiger Muay Thai in Hu’s corner, he figures to dominate.

Damir Ismagulov has long been a dark horse in the Lightweight division. He trounced Joel Alvarez and Thiago Moises in well-aged wins, showing off the well-roundedness and potent wrestling that combine to make him a headache for anyone in the division. As destructive as Magomed Mustafaev is on the feet, he’s long struggled with his wrestling, and his fight with Brad Riddell suggests that he can be cowed by someone willing to trade heat.

Ismagulov can keep up on the feet and dominate on the mat, so bank on him.

Don’t let the lopsided odds fool you: Allan Nascimento is a solid and extremely entertaining fighter. That said, we’ve seen him fall short in the past against Yuki Motoya and Raulian Paiva, neither of whom can even remotely match the wrestling skill Ulanbekov brings to the table. Ulanbekov’s not likely to wilt under Nascimento’s aggression, either, as he’s gone five rounds before and fought through adversity in his UFC debut win over Bruno Silva.

By all accounts, he’s a safe investment.

He’s not as reliable as the others, but a bit on Elizeu Zaleski dos Santos may not be the worst idea. UFC newcomer Benoit Saint-Denis has a bad habit of leaving his chin straight up in the air, which is more than a little problematic against a guy who excels at knocking people’s blocks off. Though “God of War” does admittedly have a strong top game and “Capoeira’s” takedown defense has long been a chink in his armor, the Brazilian’s never been stopped on the ground, so I favor him to scramble out of any bad positions and put the hurt on Saint-Denis standing.

Thoughts: I’ve been on the Yan train since the beginning ... and I’m not getting off now.

That’s not to say I’m picking him due to blind loyalty, of course — I’m more than aware of what a nightmare Cory Sandhagen can be. Thing is, Yan has all the tools necessary to win this comfortably. Beyond his unquestionable ability to match Sandhagen’s pace, he’s among the most adaptable fighters in the sport, meaning Sandhagen’s offbeat offense can only trouble him for so long before “No Mercy” figures it out and takes over with his superior fundamentals. On top of that, Yan is an incredibly underrated takedown artist, while Sandhagen’s had plenty of trouble staying upright during his UFC tenure. So long as Yan doesn’t shoot himself in the foot again, he’s got this.

Fight fans can’t ask for more than two title fights, a bunch of fun match ups and a start time (10:30 a.m. ET!) that won’t end the event in the wee hours of the morning. See you Saturday, Maniacs.